Christmas at a cemetery: Why some spend the holiday where others may want to avoid

Christmas is typically a time when families come together. For those who lost a loved one though, the time can be especially traumatic. 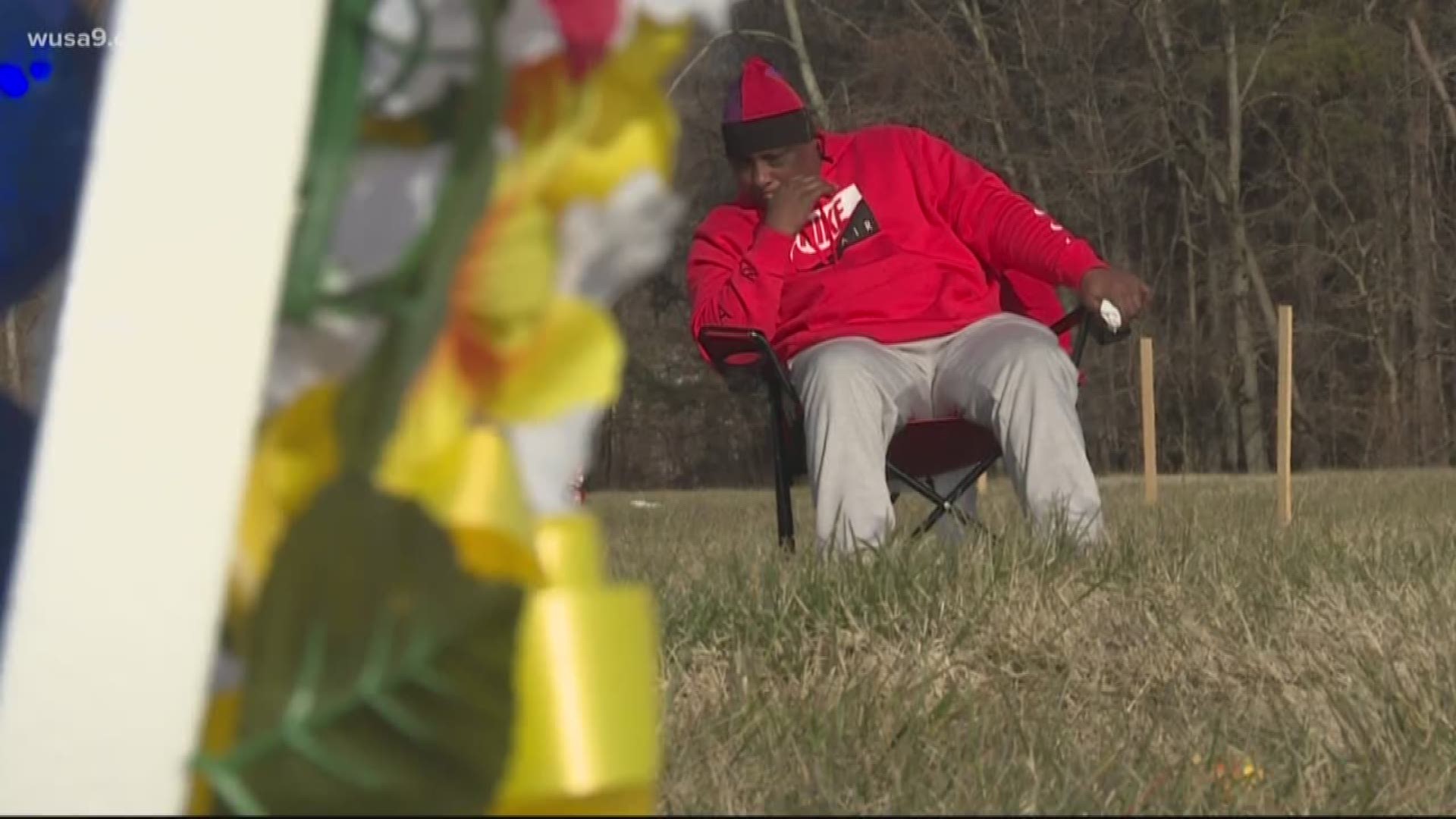 LANDOVER HILLS, Md. — It's a day typically defined by presents, lights, and eggnog. But on Christmas morning, Earl Davis was somewhere entirely different. He planted his red lawn chair on a plot of grass, at the National Harmony Cemetery in Landover.

He was there for his son.

Davis lost his son, Brian, three years ago. It was a random shooting on Halloween night. The 18-year-old was a star athlete at Roosevelt High School. Davis was not the target of the shooting.

Credit: Earl Davis
Brian Davis was just 18-years-old, when he was killed in a random shooting

Not far from Earl's red lawn chair, Pamela Williams stood with her head bowed. Around her neck were festive Christmas lights. She was saying a prayer for her son, Renard.

Renard died in a car accident in 2001. All these years later, the pain remains.

Credit: Pamela Williams
Renard A. Harris was killed in a car accident in 2001.

Two parents, stripped of their children. On Christmas, the grief comes rushing back. Where else would they be? Of course they're at the cemetery.

"I think every year it gets harder," said Davis. "It gets harder because you see other young men or young women getting killed.”

Davis is right. It has been a deadly year in the region. In D.C., the homicide rate hit 163, the highest in more than a decade.

Earl finds purpose in combating this trend. He created a group called 'Chicken and Waffles.' The group brings young men and women together, in an effort to re-direct them from a life of violence.

Earl does it all for his son.

"I’m going to fight this year," he said. "Next year. The year after that. As long as God give me strength and hope, I’m going to do it.”