He's making his yearly migration north for the summer after getting a radio transmitter in February, say Ocearch researchers who tagged him. 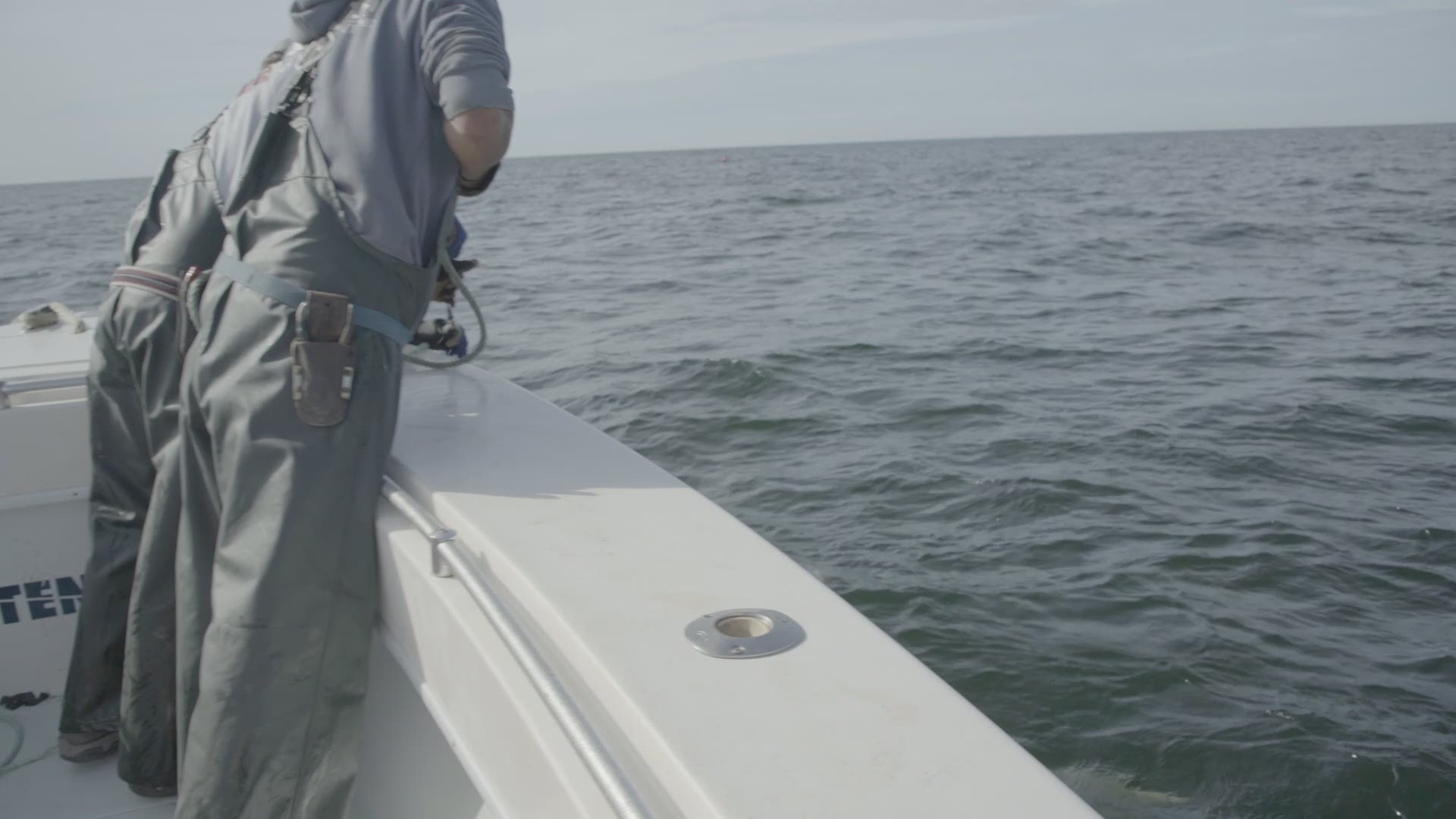 A 431-pound great white shark outfitted with a radio tag earlier this year popped up Friday along the Atlantic coast about 100 miles east of Rehoboth Beach, Del.

Brunswick, an adolescent male caught and released Feb. 26 near Hilton Head, S.C., has been heading steadily northward after spending some time in April and May around Myrtle Beach, S.C., and North Carolina's Outer Banks, according to Ocearch's Global Shark Tracker. In the 103 days since he received his battery-operated radio transmitter, which is activated when his dorsal fin is above the surface of the ocean for at least 90 seconds, he has traveled more than 1,300 miles.

He surfaced east of Ocean City, Md., at 4:38 a.m. Friday and headed north to surface again at 4:12 and 6 p.m. Friday east of Rehoboth Beach. This is the season for sharks' annual northern migration, but the first season Brunswick has been tracked.

Brunswick was 8 feet, 9 inches long in February and could have grown since then.

When Brunswick matures, he could grow to 20 feet long and weigh more than 3 tons, according to the University of Michigan Museum of Zoology. By the time he is 10 years old, he should reach adulthood and measure about 13 feet long.

Ocearch, a nonprofit research group, captures and tags great white sharks to study their life cycle. Since the nonprofit organization was founded in 2011, it has tagged more than 400 marine mammals, including dolphins, seals, turtles, whales and sharks.

Recent research in Australia has shown that sharks of all species live longer than scientists originally estimated. And great white sharks can live 60 years or longer, according to Smithsonian Institution researchers.

Mary Lee, Ocearch's most famous great white shark, weighed 3,456 pounds and measured 16 feet when she was tagged Sept. 17, 2012. For five years, she made a round trip from Massachusetts to Georgia and Florida with the seasons, regularly surfacing and sending automatic feeds from her Twitter account.

Why and how often great white sharks surface is not well known to researchers. What is known: Because they are big fish and not mammals, they do not need to come to the surface for oxygen as a dolphin or whale does.

But Ocearch's satellite lost track of Mary Lee almost two years ago, most likely because the battery in her tag died. Her most recent ping was at 6:54 a.m. ET June 17, 2017, off the coast of Beach Haven, N.J., about 20 miles northeast of Atlantic City.

Chris Fischer, the founder of Ocearch, has called Mary Lee, who is about 50 years old, the queen of the ocean.