There were no chemicals or animals in the barn or green house. 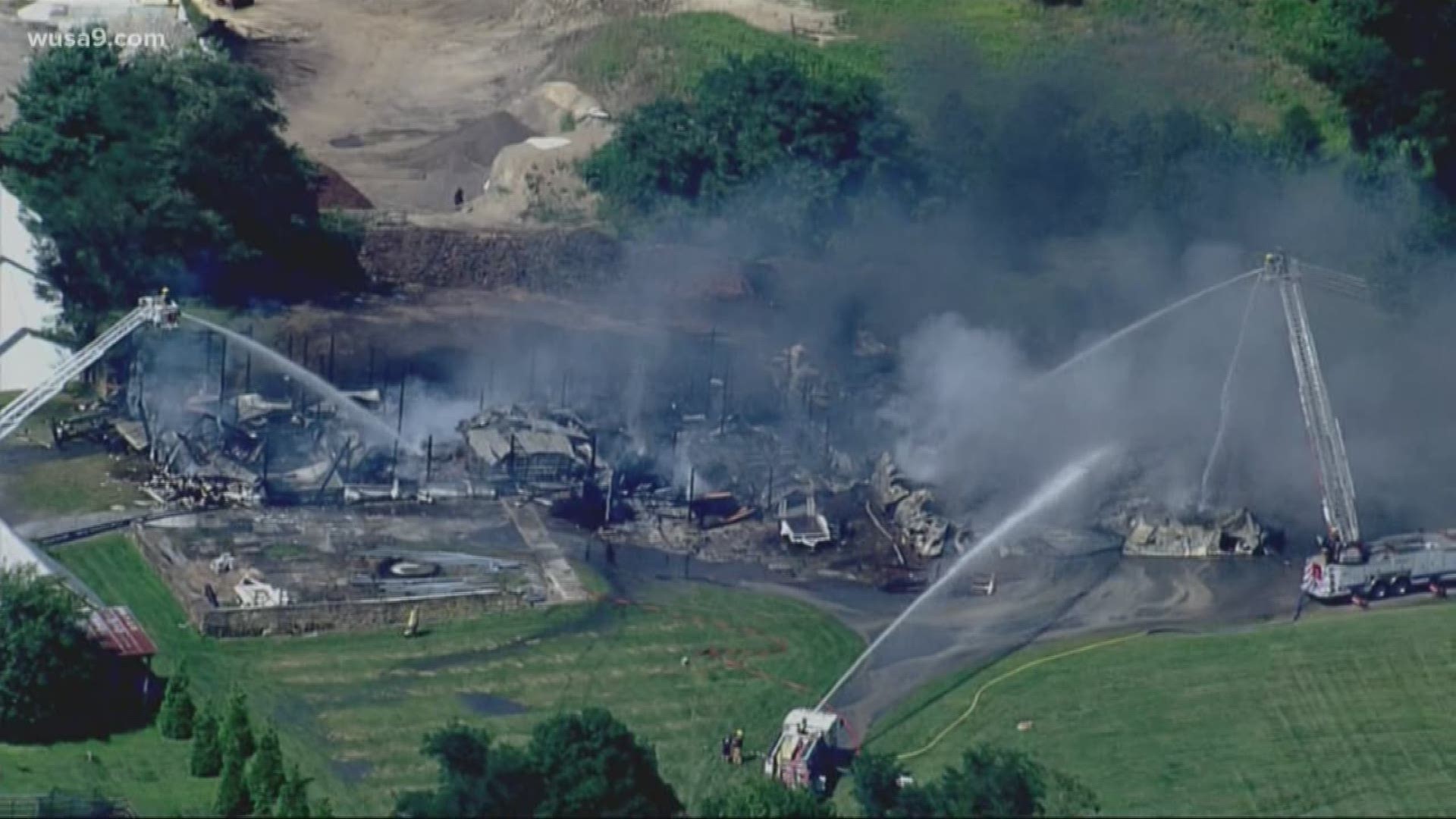 There were no chemicals or animals in either of the structures, Howard County fire officials said. The smoke was visible for many miles.

The fire took roughly two hours to put out and both structures are a total loss, authorities said.

Firefighters from Carroll and Montgomery counties were on scene to assist.

Two people were injured including a firefighter.

There is still no word on what caused the fire.

This incident is under investigation by the HCDFRS Office of the Fire Marshal.