A security video from a home in Germantown showed multiple people exchanging gunfire in the middle of a residential neighborhood in the town. 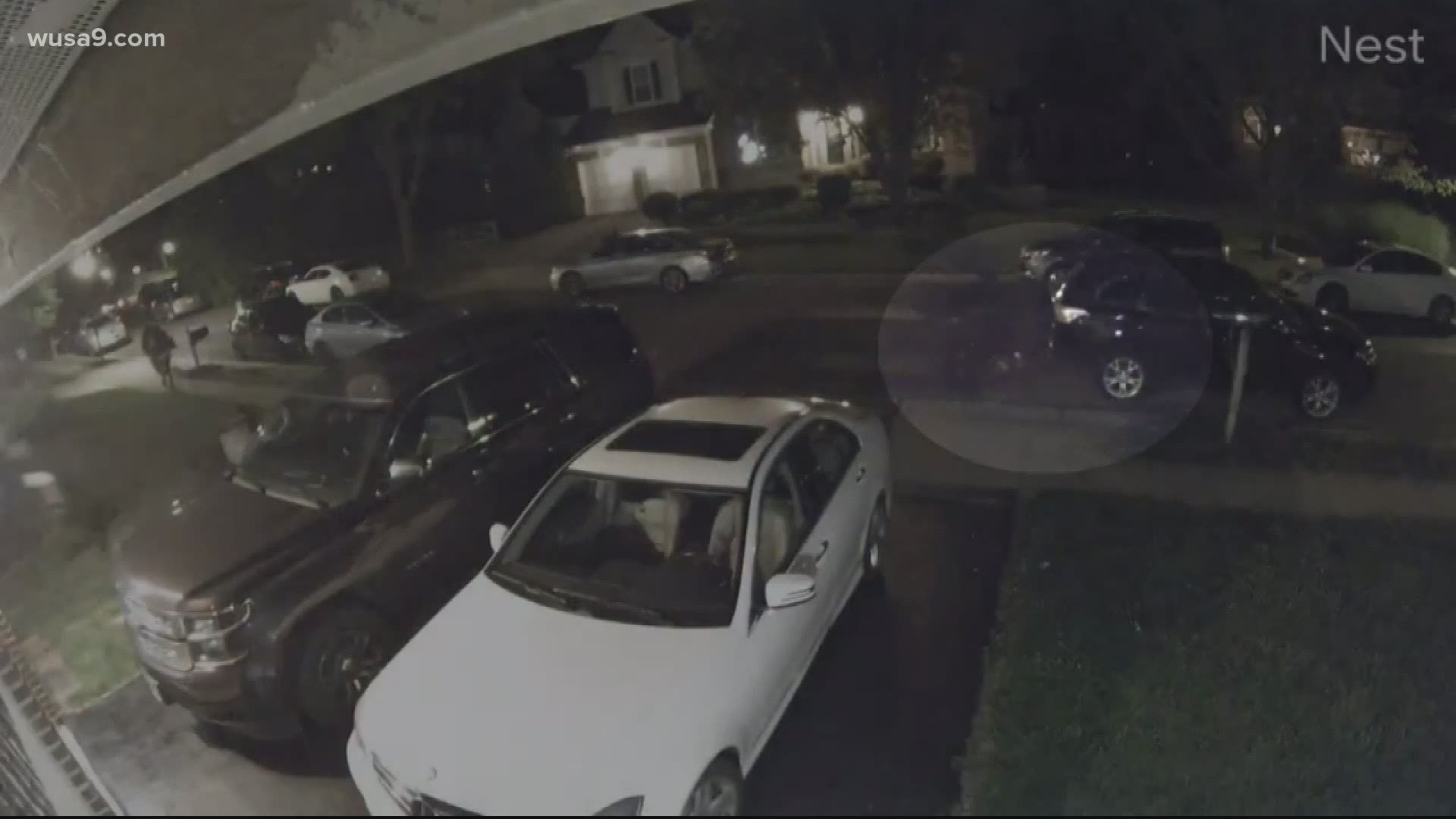 GERMANTOWN, Md. — A Nest home security cam in Germantown, Maryland, captured a startling and brazen shootout that happened June 5 in the area of Mill Pond Terrace and Mill Pond Court. Now, Montgomery County Police detectives are hoping the public may be able to help them find out more about what happened and who was involved.

No victims were reported to have been struck by the gunfire, according to MCPD.

MCPD released the video on social media and YouTube showing the neighborhood shootout that happened around 1:45 a.m.

In the video, it shows multiple people wearing mostly black or dark clothing firing multiple shots while hiding behind cars in the driveway of the home that provided police with the security video.

Police say the rounds hit cars and homes -- but apparently no people.

The Kamdoum brothers said Thursday that they had staged a party at their home on Mill Pond Court to celebrate their sister's graduation.

The brothers said they turned away one guy who was carrying a gun, and they think he may have been one of the shooters. They said they've been talking to police, but they don't think they know any of the suspects.

"The fact they really put my family in danger was not ok at all," said Teddy Kamdoum.

"We're just glad nobody got hurt. That's what is really sitting on our hearts. Because there were a lot of people here. A lot of people," said Curtys Kamdoum.

Later in the morning on June 5, officers were made aware of the shootout after reporting to a home in that neighborhood after one of the homeowners in that area called to say he believed he was awoken to gunfire while sleeping.

Police said one of these rounds could have gone into somebody's home and killed them. "Oh, absolutely. That's why this is so concerning to us," said Officer Rick Goodale, a spokesman for Montgomery County Police.

He said detectives have gathered shell casings and have been investigating for the last two weeks -- but have run out of leads and are hoping the public can help.

This remains an ongoing investigation.

Anyone with information regarding this incident or the suspects involved is also asked to call 5th District investigators at: 240-773-6245.

Those who wish to remain anonymous may call Crime Solvers of Montgomery County toll-free at 1-866-411-TIPS (8477). Crime Solvers will pay a cash reward of up to $10,000 for information provided to them that leads to an arrest in this case.

WUSA9 will continue to provide updates on this shooting as more information comes into our newsroom.

RELATED: 12-year-old boy in stolen car arrested after chase where an officer was struck by the vehicle, police say

RELATED: Two 16-year-olds led police on chase along SB I-270 after back-to-back armed carjackings in Germantown