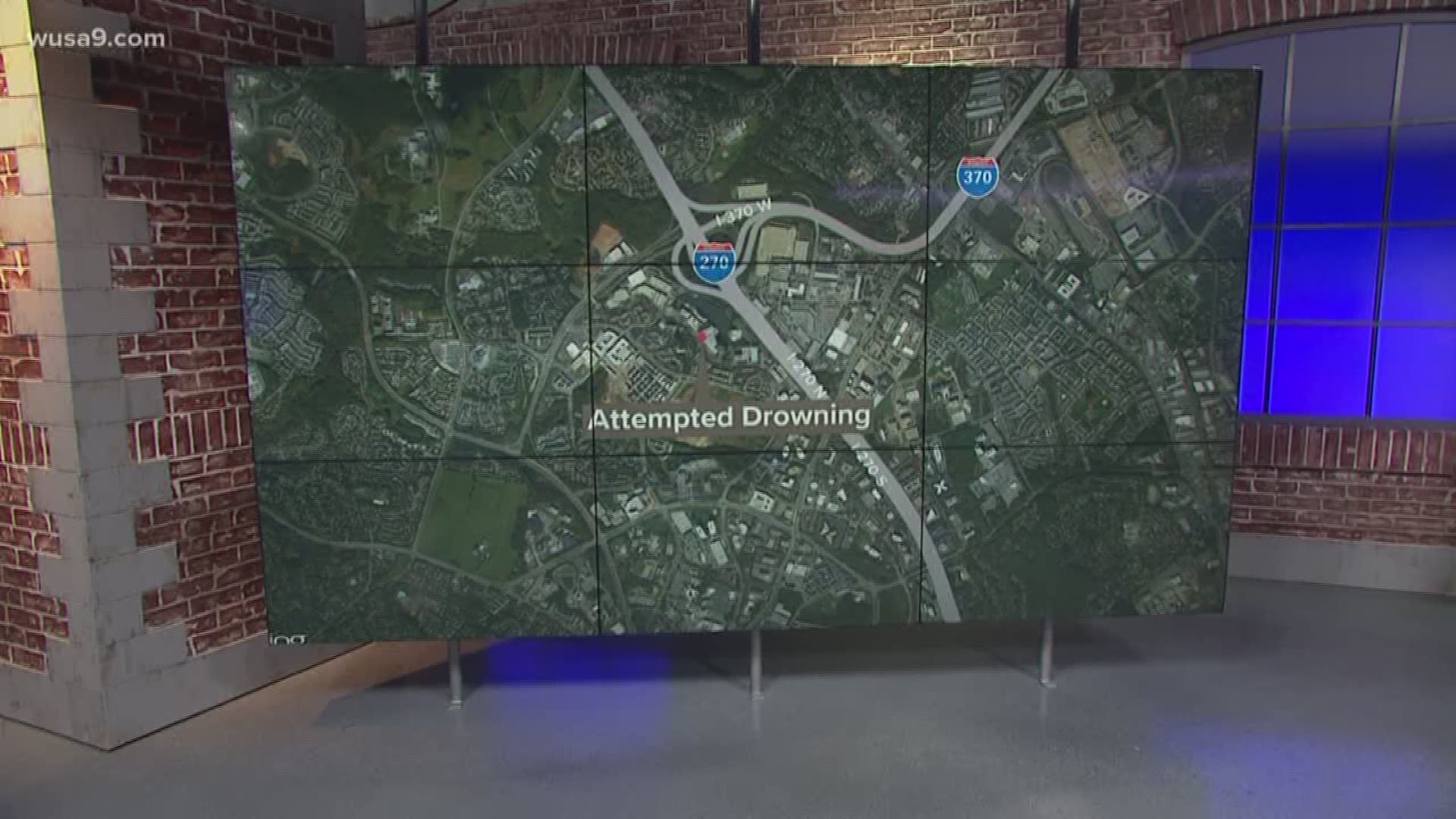 GAITHERSBURG, Md. — A Gaithersburg police officer prevented an apparent murder-suicide attempt of a 62-year-old woman and her daughter with medical challenges, police said.

Gaithersburg Police Officer Mary Liddi was on foot patrol around 2 a.m. Wednesday at the Lakefront at Washington Rio when she heard what "sounded like gurgling and splashing in the water," police said.

According to police, Liddi observed two women in the water struggling to stay afloat. She immediately radioed for help from police and rescue crews.

"Officer Liddi removed her police equipment, jumped into water that is approximately eight feet deep, and swam towards both women, pulling them towards the embankment." police said.

Both women were pulled out of the water and onto the embankment, with the help of additional officers.

Authorities said they learned that 62-year-old woman -- who WUSA9 is choosing not to name -- was distraught and tried to take her life and that of her 25-year-old daughter who suffers from "severe medical issues." Police said both women are unable to swim.

The woman and her daughter were taken to a hospital where the daughter was listed in stable condition, police said.

The mother was taken to the Central Processing Unit for attempted first-degree murder, first-degree assault and reckless endangerment.

"Without immediate action by Officer Liddi and responding officers, the outcome achieved during this incident could have been very different," police said.