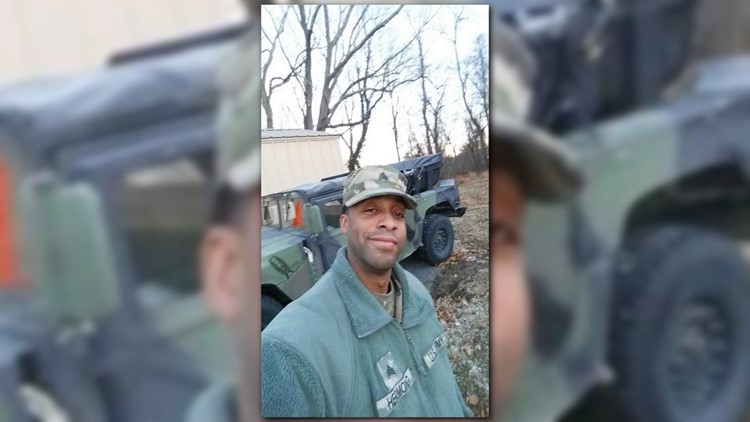 A funeral was held on Thursday for the Maryland Army National Guardsman who died trying to save a woman during the recent severe Ellicott City floods on May 27.

RELATED: 'He died a hero' | National Guardsman died trying to save woman from floodwaters

Staff Sgt. Eddison Alexander Hermond, 39, was standing in the doorway of a restaurant trying to get inside away from the water when he saw a woman who needed help.

Kate Bowman said she was trying to leave the pet store at Clippers Canine Café on Main Street when she got stranded. Hermond heard her calls for help while she was holding the store’s resident cat.

Hermond went into the flood water to try to help her, but he went under. Searchers found his body days later in the Patapsco River.

The funeral service was held at The Church at Severn Run. Interment followed to Maryland Veterans Cemetery Crownsville located at 1122 Sunrise Beach Road, Crownsville, MD 21032. Services will include military honors.

You can watch the funeral services here:

A memorial scholarship has been set up in Sgt. Hermond's name by the Restaurant Association of Maryland. You can find more details and donate here.