Hayden, who just celebrated his 19th birthday training in the Pacific Rim, stormed the beaches of Tarawa during the final hours of fighting on Nov. 22, 1943. 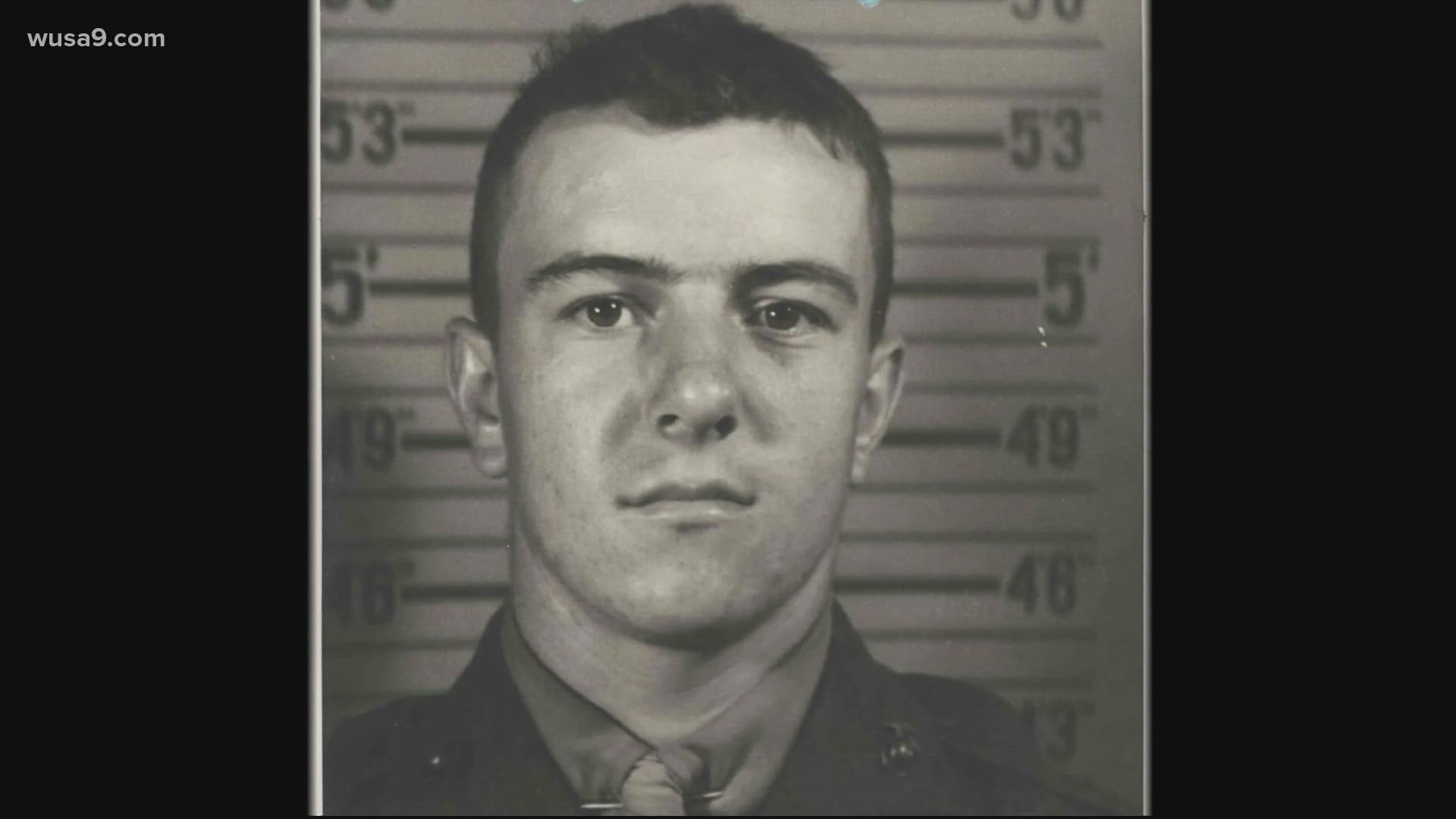 BALTIMORE — The proud descendants of U.S. Marine Corps Private First Class Harold W. Hayden said they felt the force of a story untold – the memories of their long-lost relative moving between them, on the wind-swept tarmac of BWI.

It was out of the Airbus 321 that a casket draped in an American flag emerged, a solemn dignified transfer, two years after a Fredericksburg-based group of anthropologists unearthed Hayden’s remains on the remote Pacific atoll of Tarawa.

"It was an exhilarating experience to see him here, back where he belongs," said Warren Hayden, half-brother of the fallen World War II Marine. "With most internments and repatriations, you're preparing to say goodbye. But this was like saying hello."

It was within the Tarawa atoll, on a tropical sandbar the size of the National Mall, where U.S. Marines and Navy sailors confronted the forces of an emboldened imperial Japan in 1943. The Battle of Tarawa unfolded a full 15 months before the iconic flag raising at Iwo Jima.

Hayden, who just celebrated his 19th birthday training in the Pacific Rim, stormed the beaches of Tarawa during the final hours of the battle on Nov. 22, 1943. It was there where he lost his life, and it was there where his body was placed in a makeshift burial trench.

The haphazard and often accidental desecration of resting places happened both because of poor record-keeping and the need to quickly build a stronger U.S. presence in the Pacific.

Defense Department efforts to locate the lost graves ended in the early 1950s, with remains forgotten until Virginia-based non-profit History Flight and its cadre of anthropologists began expeditions to Tarawa in the early 2000s.

"When you unearth remains that haven't been seen for generations, you know this is somebody's brother, somebody's son," said Jordan Windish, the History Flight archeologist who helped discover Hayden's skeleton.

"We have the pictures of the Tarawa Marines who are still MIA in our lab on the island, and we walk past their pictures, remembering those who we still need to find, every single day."

History Flight’s Tarawa team discovered Hayden’s burial trench in the summer of 2019. His remains were then flown to a DOD lab in Honolulu, with a DNA identification made by the Defense POW/MIA Accounting Agency (DPAA) on March 30, 2020.

"There are many people who went to try to find Harold before," Warren Hayden said. "But, these are the people who were chosen, from History Flight, to bring him home."