People in the home were able to escape before the explosion that caused massive damage to the house. 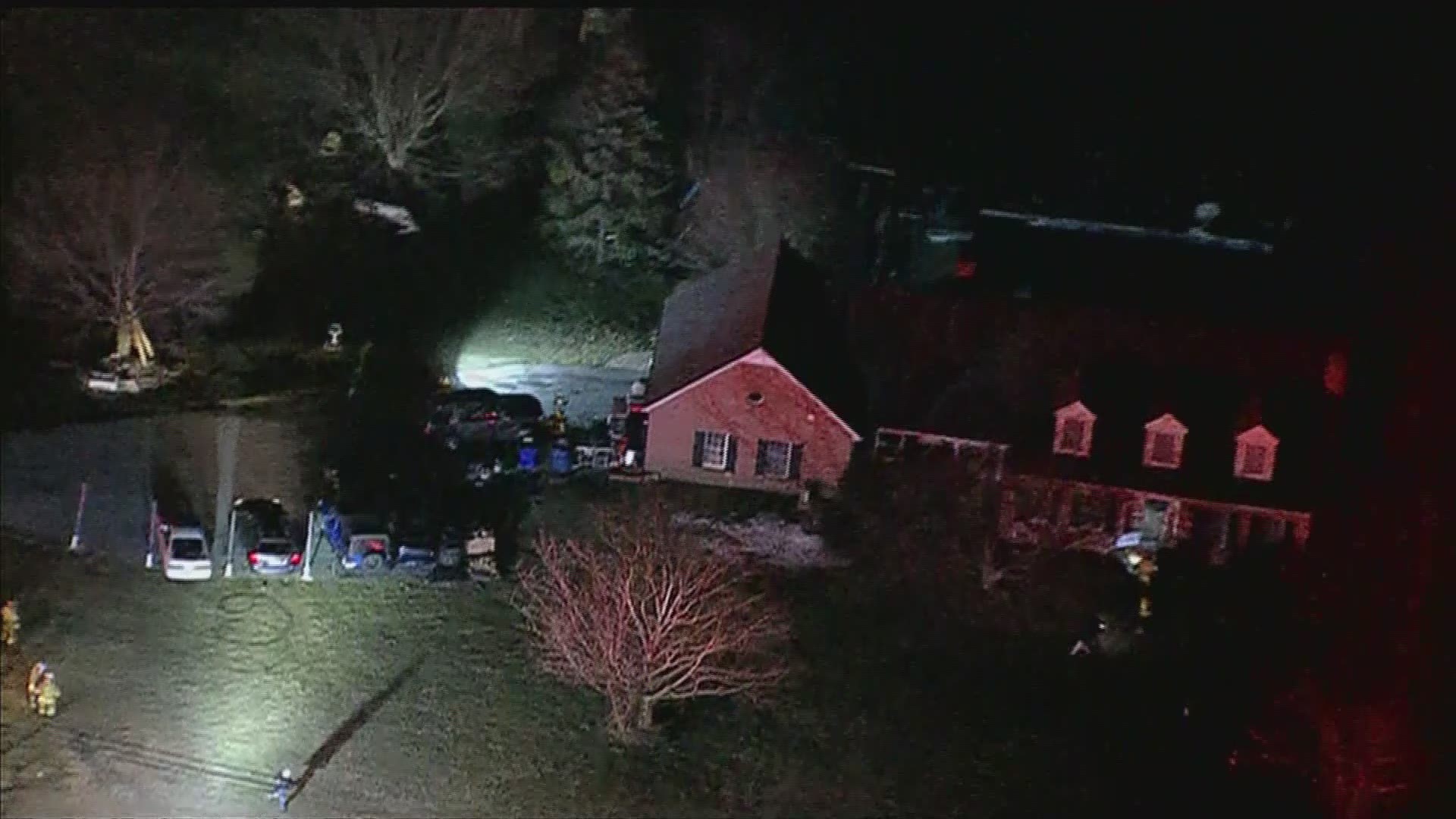 10 people in all were displaced by the fire and are being helped by the American Red Cross, according to Frederick County's fire department.

Pictures from our WUSA9 chopper showed massive destruction to the home in the 10500 block of Old Annapolis Road in Libertytown.

Firefighters say the man that was injured has been transported to a hospital in the area and that the other people in the home were able to get out before the explosion.

The cause of the fire is not known at this time. The Frederick County Fire Marshal’s Office is on the scene investigating.

Prince Geoge's County's firefighters responded because the fire from the home branched off into a wooded area near the house.

RELATED: Frederick County Schools: Students will return to classrooms on February 16 as part of hybrid plan