One FCPS board member is now calling for the superintendent to resign. 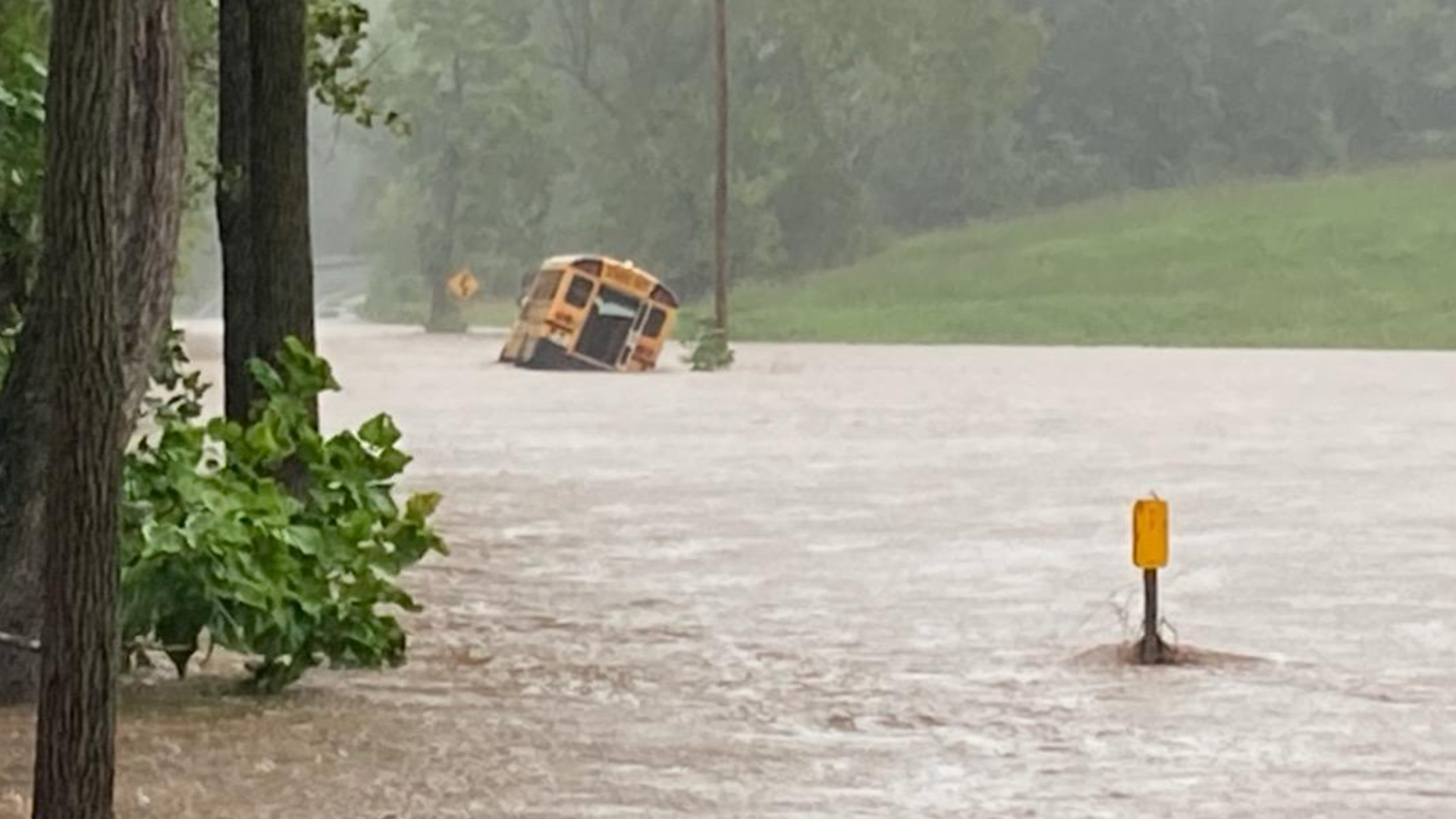 FREDERICK, Md. — Ten students and a bus driver had to be rescued Wednesday by the Frederick County Sheriff's Office after the bus got stuck on a flooded bridge. Now, a Frederick County Public Schools board member is calling for the superintendent to resign over the decision not to cancel school in advance of Ida's impacts being felt in the DMV.

FCPS Superintendent Terry Alban apologized to the community Wednesday, but stood behind her decision, calling it a "mistake" that was corrected as soon as possible.

"We thought we had some rain but then a band where we should be able to be OK to have regular dismissal time," Alban said. "Washington County Public Schools [looked] at the same information, same track for the western counties, and made the same decision."

FCPS Board Member, and parent of an FCPS student, Liz Barrett, however, thinks there should be consequences for Alban. Barrett says Superintendent Alban not cancelling school in light of heavy flooding forecasts created a crisis of no confidence in her leadership.

“We need competence and excellence," Barrett said. "They need transparency in their communication. I sent the superintendent an email asking her to resign last night because I do think we are at this place where in order to move forward and give our community the school system it deserves we need a pretty significant change."

In her apology to parents and the community, Alban also thanked the bus driver for her quick reaction.

Wednesday’s fast-moving flood led to multiple school bus drivers across the county having to think quickly for escape routes.

"We had an elementary bus driver who had to go to a fire station in order to ensure the students had a safe place," Alban added.

Frederick County lists at least 20 roads, all outside the city, still closed due to flooding.

To the FCPS Community:

I hope my message to you this evening finds you and your loved ones well and safe. I wanted to update the community regarding this afternoon’s dismissal from schools.

As we mentioned in a message to our community yesterday, we were aware that the remnants of Hurricane Ida would bring rain to our community over an extended period of time. Throughout the morning and early afternoon, we closely monitored weather and road conditions throughout the county, just as we would with any other inclement weather situation. We also closely monitored the forecast.

The Frederick County Sheriff's Department informed us that buses needed to be removed from the roads, leading many elementary school buses to return back to schools where our school administrators ensured that students were able to safely unite with families. One bus encountered high water in the Thurmont area, leading to a response by fire and rescue crews. All students and one driver on this bus were safely evacuated and united with their families.

Our decision to remain open for a full day led to last-minute changes for families, along with stress and anxiety for many. For that, I am deeply sorry. My first priority is to keep students and staff safe. I am grateful that everyone was able to get safely to their homes.

I want to thank the many staff members who stayed at school working diligently to ensure our students were cared for while waiting for their families. I also want to thank our bus drivers and bus assistants who demonstrated what incredible professionals they are.  Finally, I am grateful to our law enforcement and first responders who supported us during the flash flooding this afternoon.