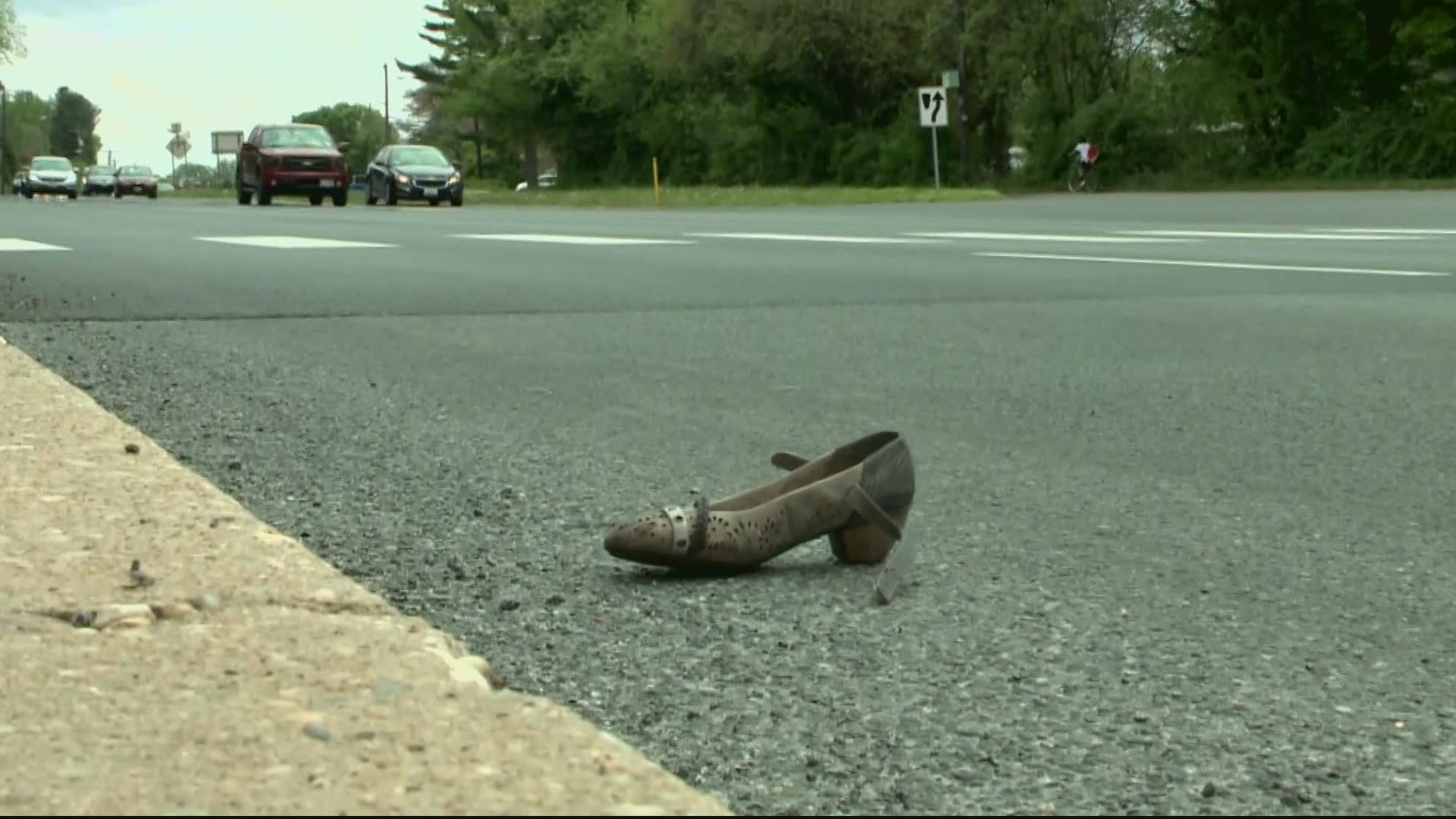 WHEATON-GLENMONT, Md. — A 63-year-old widow who lost her husband in 2016 when a driver hit and killed him while he was trying to cross the street has now met the same fate just blocks from where her husband died.

Officers responded to a crash at the intersection of Georgia Avenue and Rippling Brook Drive around 11:02 p.m. Police said a 2015 Toyota Camry was traveling north on Georgia Avenue when the driver hit a woman trying to cross Georgia Avenue.

Grossmann was pronounced dead at the scene. The driver was not injured in the crash and did stay on the scene, according to police.

Grossman’s daughter told WUSA9 her mom was coming home from working as a clerk at a CVS store and had just stepped off a bus before attempting to cross six lanes of traffic.

“He was devoted to his family," Claire Grossmann told WUSA9 in an interview after her husband's death.

Claire Grossman's sister-in-law, Joelle Grossman Black, said she still cannot understand why this latest accident occurred. She said her sister-in-law was a loving and caring person.

She said after losing her husband, it is hard to feel the same pain over again.

In January 2020, the Maryland Department of Transportation installed traffic and pedestrian signals near the intersection where Claire Grossman died to slow down traffic and improve safety.

Montgomery County data shows there have been 66 crashes involving pedestrians so far in 2021 in the Maryland community. Three people have also died.

"We will work with the Collision Reconstruction Unit as their investigation is underway to review the factors in this case," he said. "We continue to work with our state partners to systematically upgrade these roads to ensure that however you get around, you can do so safely. The traffic signal installation was a good start, but clearly, there is more than can be done on this stretch of road."

No charges have been filed yet in regard to Wednesday's crash. The investigation is ongoing and anyone with information is asked to call the Collision Reconstruction Unit at 240-773-6620.

RELATED: Man dead after he was struck by car while walking across street at night in Fairfax County