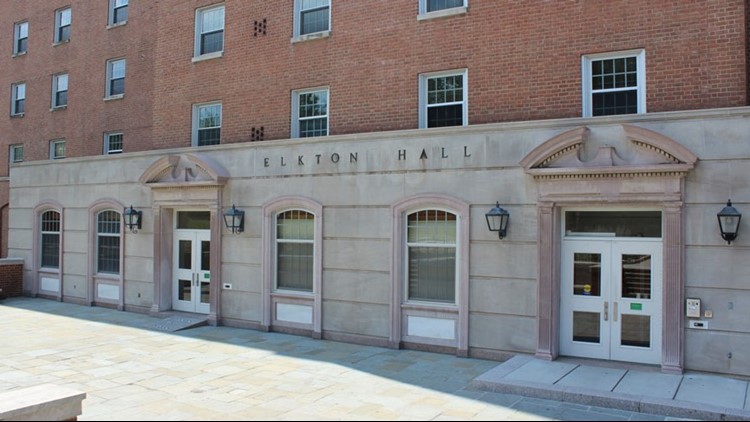 COLLEGE PARK, Md. — The family of a University of Maryland freshman who died in November from complications of a severe strain of adenovirus is taking steps toward suing the university in connection with her death, The Diamondback, the university's student newspaper, reported earlier this week.

Olivia Paregol, 18, of Glenwood, Md., died Nov. 18, 2½ weeks after university health officials learned that another student from the College Park campus had been hospitalized at the University of Maryland Medical Center in Baltimore, The Washington Post reported.

As of May 16, 45 students in College Park had been diagnosed with adenovirus, according to the University of Maryland.

Ian Paregol, Olivia Paregol's father, filed a claim letter Monday, a day after the Post's investigation appeared, under Maryland's Tort Claims Act. The claim accuses the university of failing to quickly tell students and their families about the spread of adenovirus on campus, promptly repair dorms infested with mold and reduce overcrowding in dormitories.

“We have a pile of documents, we have interviews and all kinds of things that we have been preparing for over the last six months, whereas the university seems to have thought that somehow they were going to brush this under the rug,” Ian Paregol, who also is a lawyer, told The Diamondback. “That was never going to happen from our perspective.”

Adenovirus is common and can be transmitted in the same manner as colds, according to the federal Centers for Disease Control and Prevention. While most people survive the virus without lasting problems, those with weakened immune systems are more susceptible to complications.

And the strain that Olivia Paregol was diagnosed with about a week before her death, adenovirus type 7, has killed others with weakened immune systems. Two days before the Maryland freshman's death, the 11th medically fragile child at a pediatric care center in Wanaque, N.J., died during an adenovirus outbreak there, The (Bergen County, N.J.) Record reported.

Olivia Paregol had Crohn's disease, an inflammatory bowel disease in which a malfunctioning immune system plays a role.

She also had lived on campus in Elkton Hall, whose residents had been moved temporarily to hotels in October while workers cleaned up mold in the dorm. She continued to feel ill afterwards, according to The Washington Post.

What remains unclear is how long the university has to answer the claim and whether its actions could stave off a lawsuit. Ian Paregol told The Post that he wants an independent investigation of the university.

A university spokesman requested an emailed inquiry and has not yet responded.