Ryan and Ivania Lee, both 31, were shot and killed by his mom's ex-boyfriend Monday. Their son was also shot and is recovering in the hospital. 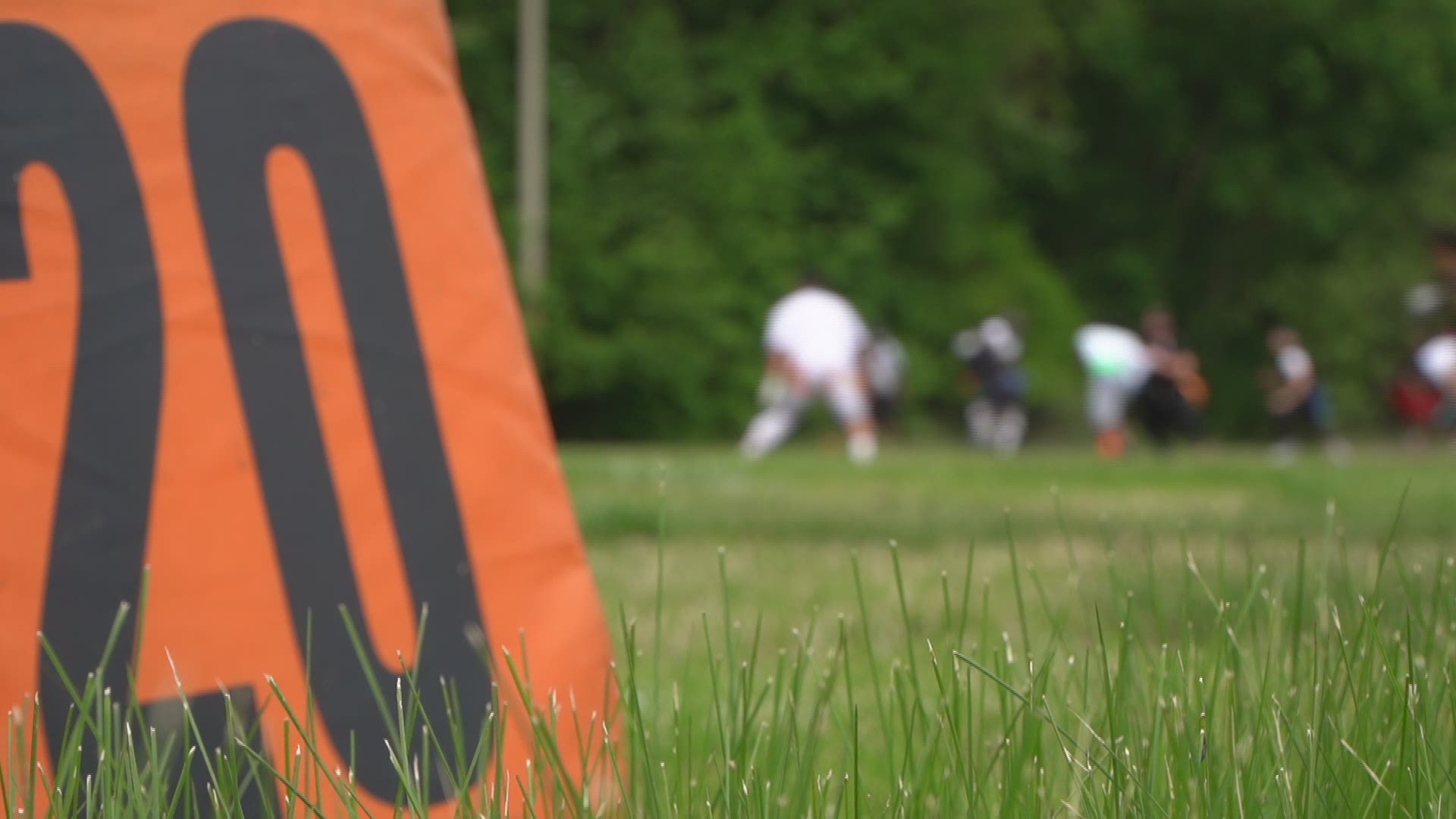 BOWIE, Md. — Ryan and Ivania Lee were supposed to hold a fundraiser for their new youth empowerment nonprofit Sunday. After they were both shot to death, their family and friends put it together in their honor.

“It's overwhelming," Ryan's cousin, Kiley Somers said. "Ryan was just so amazing. And it's nice to see that he didn't just touch me. So many other people.”

An ex-boyfriend of Ryan's mom shot the 31-year-old parents to death in their Laurel home last Monday, according to police. He also shot their 10-year-old son, Junior, multiple times, and the family said he is currently recovering in the hospital — with a long road ahead of him.

Family members said the couple's three-year-old daughter and Ryan's mom were in the house at the time of the shooting.

The shooter killed himself after shooting the couple and 10-year-old, according to police.

“This is just a family that beyond the tragedy of what happened, it's a tragic loss to the community because they were going to do the right things," Ryan's uncle Calwood Somers said. "They were well on their way to being huge contributors to the positive society.”

“Ryan loves football and a lot of L. E. E Academy came from his love for football," Kiley said. "But at the end of the day, it's meant to make all of us better people … He wasn't just teaching football. He was teaching character.”

The academy's first fundraiser was scheduled for May 16 before the couple was killed, so their friends and family decided to hold it in their honor.

RELATED: Friends will carry on with fundraiser organized by Laurel murder victim

The football game fundraiser for the L.E.E. Academy has kicked off!

It’s the first event for the academy, which Ryan Lee founded during the pandemic.

He and his wife were shot and killed in their home last week. @wusa9 pic.twitter.com/1KUHeO1HEE

“Just trying to keep his vision alive," Ryan's friend, Mike Washington said. "Honestly, the goal is to honor the money we raised here to put it in a pot for the L.E.E. Academy foundation and hold an event every year … to just build and grow and keep this vision rolling."

Washington said he met Ryan playing flag football together on the Sun Devils team and has since signed on to volunteer with his new academy.

Ryan's cousin, Kiley, said her family always said he was the best of them, so they're trying to live up to his legacy.

“He was a jokester, like, you know, he was fun, [out]going. He cared about the community a lot," Washington said.

As for his wife, Ivania, everyone said she was a great mother and positive presence in their lives.

“Ivania … was just a wonderful young lady," Calwood said. "The kind of people that we want as our neighbors, as our friends.”

Calwood, who watched Ryan grow up, said simply — he's going to miss him.

“I think our family needed this today," Kiley said. "We were all we're all very proud of him.”

The event organizers want to thank their donors and partners for helping them carry on the fundraiser: Torrey and Chanel Smith (the former University of Maryland and Baltimore Ravens wide receiver and his wife), Jimmy’s Seafood (Baltimore), Jessie Taylor Seafood, Chasin’ Tails restaurant, and The Print Champs.

If you want to donate to the family, a friend has set up a gofundme to help the surviving kids.