Officials said the child climbed a nightstand and pushed through a screen window. 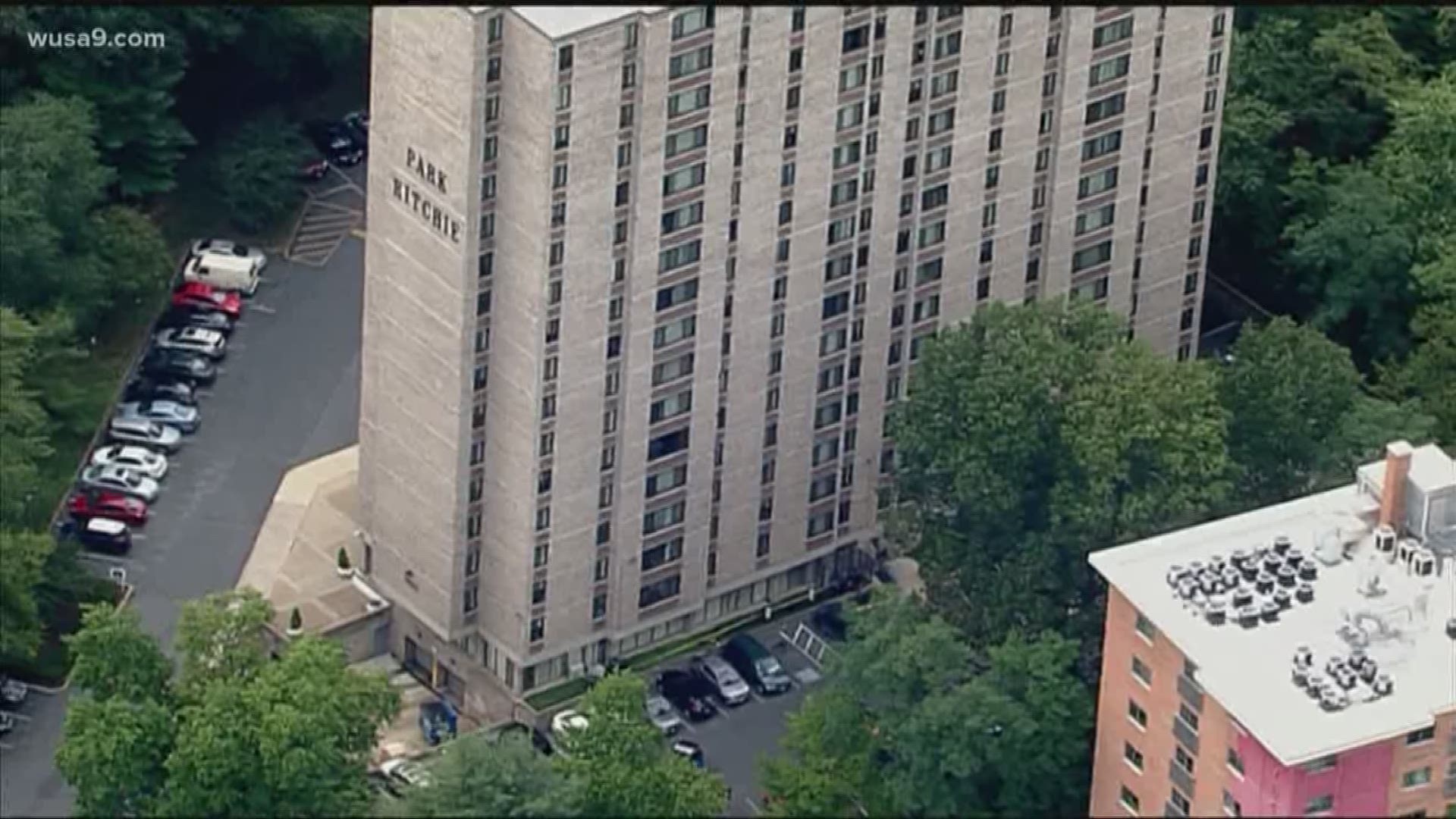 The family of a 2-year-old child who fell from the 11th floor of a Takoma Park, Md. apartment window is asking for prayers.

The young boy fell out of the window at the Park Ritchie apartments Monday afternoon, officials said. He was seriously hurt, but survived by falling into bushes and mulch next to the building.

The boy was listed in critical condition as of Tuesday afternoon, but "showing signs of improvement," officials said. They said he had woken up "from his nap."

Credit: Montgomery County Fire and EMS
The ground where the child landed after falling from what was likely the 11th story of an apartment building in Takoma Park, Md. on Sept. 9, 2019.

Families living in the building told WUSA9 on Monday many of the screen windows in the apartments are in need of repair.

“We always look out the window, but my mom tells me not because the management people took a long time to fix it,” 10-year-old Marian Hamissou said. "It was really ripped and your leg can fit through it.”

While at the scene Monday, WUSA9 crews spotted another torn window screen just floors below where the little boy lived.

WUSA9 called Southern Management Corporation about the condition of the windows and those torn screens in need of repair. We are still waiting to hear back.

Takoma Park Emergency Management confirmed CPS is also investigating, but the incident is classified as an accident.

The mother of the child, who did not want to speak on camera, said she was distraught.

"Pray for my son," she asked WUSA9 to tell the public.