Gas station ditches gas and goes electric; A sign of the future? 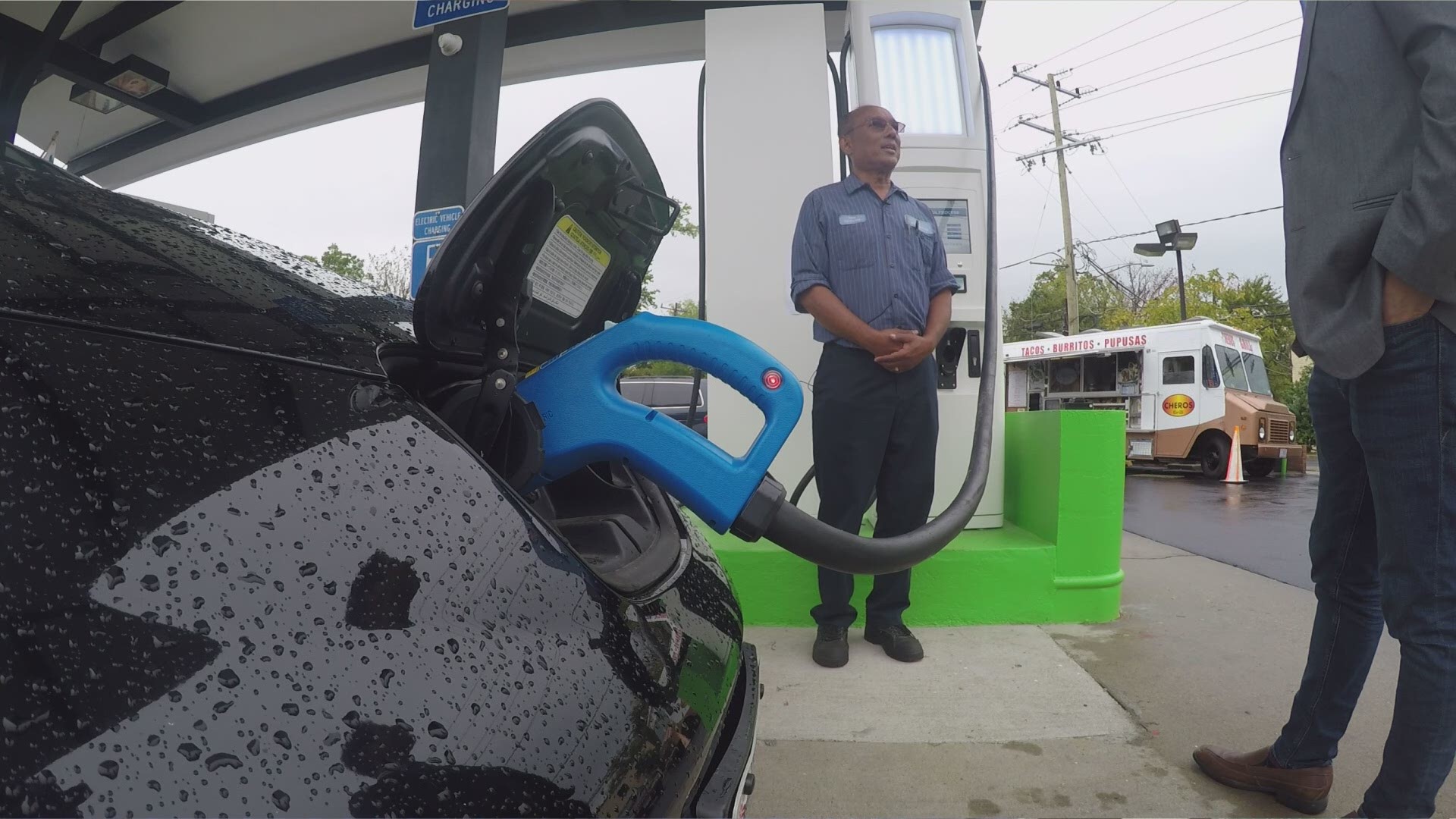 TAKOMA PARK, Md. — Depeswar Doley said it all started with his daughter.

She was pushing him to ditch gas, and embrace electric power instead at the station he runs, RS Automotive. The station has a long history in Takoma Park, Md., first opening up in 1958. Late last month, the station became the first one in the country to completely switch to electric power.

"We've had quite a good response," he said. "Quite a few people came here. We had this morning a young man from Columbia, Maryland. And I got an email from somebody who said he's coming all the way from Maine. Just coming to celebrate the station."

Doley said the conversion was funded by the Electric Vehicle Institute, as well as a $786,000 grant from the Maryland Energy Administration. The station has four dispensers that will allow a car to reach an 80 percent battery in 20 to 30 minutes.

Credit: Evan Koslof
RS Automotive has switched from fossil fuels to electric power; The first in the country to do so

RELATED: Volkswagen bets big on electric. Will consumers buy in?

To kill time, customers will be able to hang out in the newly branded "EV Lounge," equipped with coffee, water, restrooms, and TVs.

The big question is whether this is part of a larger trend. Samer Hamdar, an Associate Professor at the School of Engineering and Applied Science, within The George Washington University, said that there's a bright future.

"I think the potentials are great," he said.

The numbers are encouraging. In 2012, he said that approximately 55,000 electric vehicles were sold in the U.S. Six years later, in 2018, that number was 358,000. Overall, electric vehicles have a market share in between one and 1.5 percent. Hamdar said the number is expected to rise.

Credit: Evan Koslof
Charging an electric car is very cheap, but the process can take hours to complete

"If we are assuming everything is going in a favorable manner," he said. "One of the best case scenarios we're talking about is (global) 30-percent market share by 2030."

The predicted rate would be far lower stateside, where Hamdar predicted a market-share of approximately 7.5 percent.

Despite the positive movement, Hamdar said there are still numerous barriers, that limit the growth.

RELATED: 50 battery-powered buses expected to come to the commonwealth by the end of 2020

- Charging Time: Most vehicles still take a couple of hours to fully charge, which can be a problem for long-distance or commercial travelers.

- Vehicle Technology: Hamdar said most vehicles remain 'light duty' vehicles, and so more research is needed to be fully used for large trucks.

- Cost: Hamdar said electric car technology is actually not terribly expensive, but compared to fossil fuels they are. In the United States, fossil fuels remain abundant and cheap, which limits growth in electric vehicles.

- City-Rural Divide: In cities, chargers are widespread, but that's not the case in more rural areas. Electric vehicles are capable of traveling as far as 300 miles without a charge, but commercial trips could be limited by the lack of chargers in certain sections of the country.