DOJ letter to Montgomery Co. asks for protection of religious freedom, as the county did for protesters 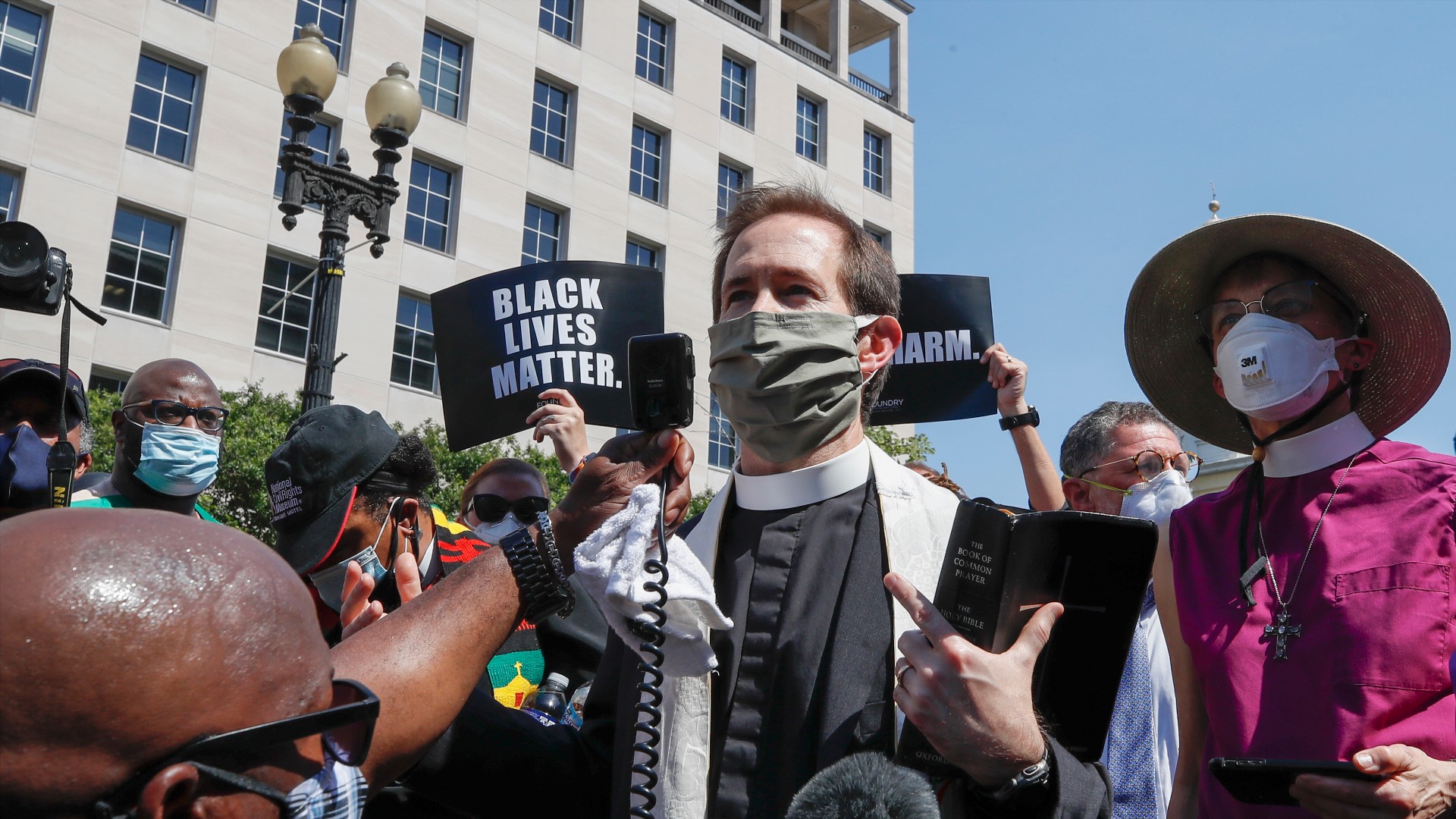 MONTGOMERY COUNTY, Md. — The Civil Rights division of the U.S. Department of Justice has sent a letter to Montgomery County Executive Marc Elrich raising concerns over civil rights issues they found that despite an Executive Order issued on June 1 banning gatherings of 10 or more, Elrich supported peaceful protesting.

In the wake of COVID-19 safety precautions, religious institutions are currently open only for virtual or drive-through services.

In the letter sent Thursday, the DOJ acknowledges the need for coronavirus safety precautions, saying they were pleased Elrich made an exception to his ban on large gatherings to allow for peaceful protest. However, the DOJ letter asked for houses of worship to be given the same exemption, under the First Amendment.

"Like the people of Montgomery County, we are deeply troubled by the death of George Floyd in Minneapolis, and we recognize and are duty-bound to enforce the principle that our Constitution requires equal treatment under the laws, without regard to race, religion, or other protected traits,"  Assistant Attorney General Eric S. Dreiband writes in the letter. "We are thus gratified that, although Executive Order No. 070-20 banned all gatherings larger than 10 persons, your June 1, 2020, Statement Supporting Freedom of Assembly and Public Safety committed “to provide a protected environment for memorials, rallies, and nonviolent protests. In light of your recent statement of support for protests like those that took place throughout Montgomery County, we anticipate that you will amend Executive Order No. 070-20 to set forth the conditions under which Montgomery County residents may gather peaceably to exercise the full range of rights protected by the First Amendment ... Compliance with the First Amendment is not optional, and the First Amendment protects both free exercise and assembly rights."

"To amend (or selectively enforce) the Order to permit gatherings of more than 10 people for political protest yet deny similar gatherings for religious exercise would raise grave concerns under the Constitution," the letter said.

The letter ends with Dreiband asking for Elrich to respond with a timeline for when he'd make changes and allow for religious gatherings.

President Donald Trump asked governors across the country to allow religious institutions to reopen on May 22.

"I call on governors to allow our churches and places of worship to open right now," Trump said during a press conference. "These are places that hold our society together and keep our people united."

Phase 2 of reopening in Montgomery County, which Elrich has said could happen as early as next week, allows for limited indoor and outdoor services with requirements such as one congregant/family per 200 square feet of service space.

We've reached out to Montgomery County for comment, and have not yet heard back.

See the DOJ's full letter below:

RELATED: Road to Recovery: Here's where Maryland stands in the reopening process