The Vice President reportedly became visibly red-faced at times throughout the speech. 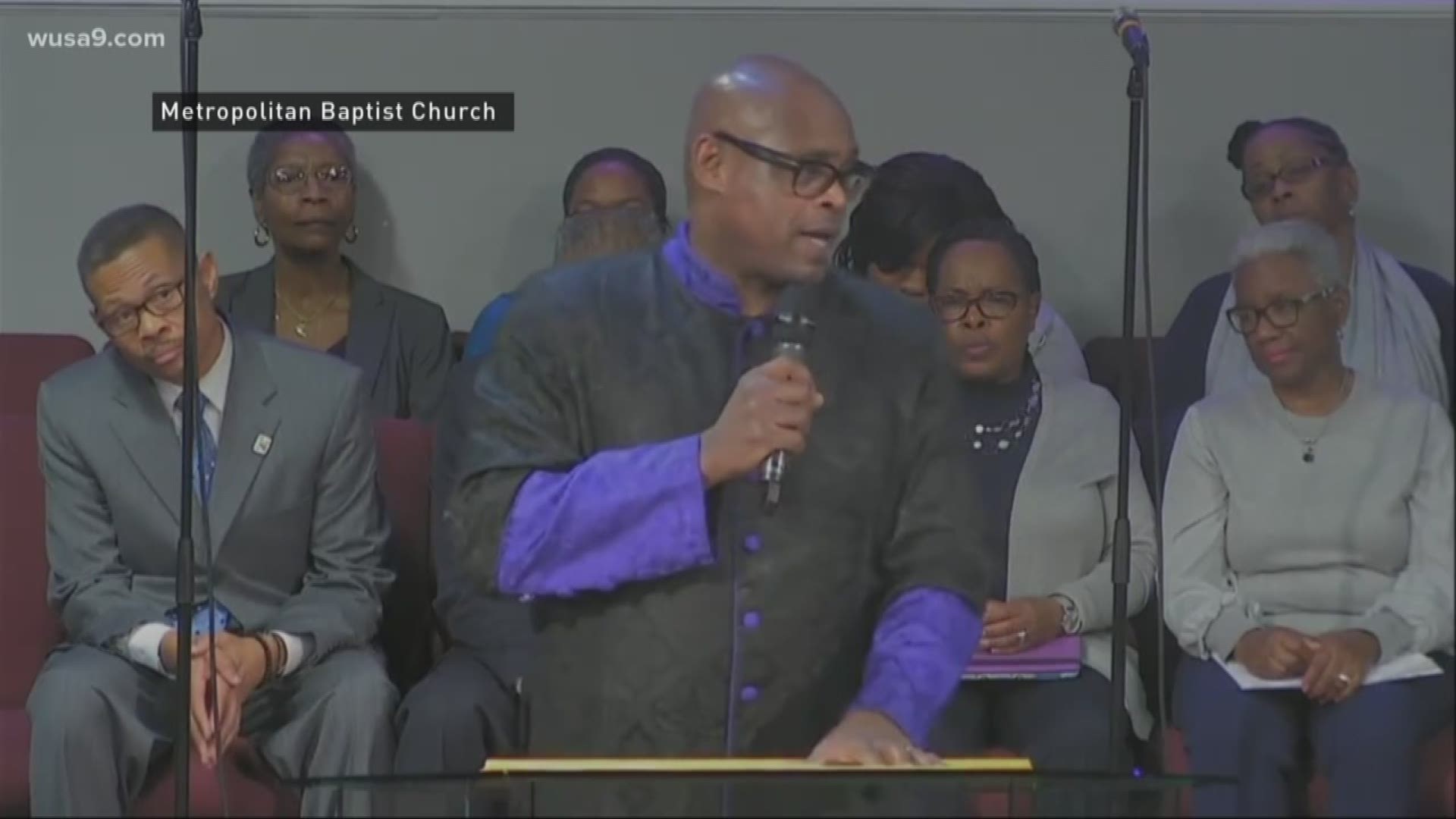 During a service attended by Vice President Mike Pence and his wife on Sunday morning, a pastor in Prince George’s County denounced remarks made by President Trump earlier this week.

“I stand today as your Pastor to vehemently denounce and reject any such characterizations of The nations of Africa and of our brothers and sisters in Haiti,” said Pastor Dr. Maurice Watson of the Metropolitan Baptist Church.

In his speech, the pastor mentioned that some congregation members were from Haiti and African countries. He called the president’s comments “hurtful” and “dehumanizing.” He went on to call for the president to be held accountable for his words.

According to those present at the church, Vice President reportedly became visibly red-faced at times throughout the speech. However, according to the Associated Press, in an email sent to them Monday from Pence's office, the VP denies this.

Following his comments, members of the congregation rose out of their seats in support.

The Washington Post reported on January 11 that, in an Oval Office meeting to discuss immigration protections, President Trump referred to immigrants from Haiti, El Salvador and African nations as coming from “s***hole countries.”

According to the church's website, the historically black church was established a year after the Emancipation Proclamation. The service on Sunday was streamed on Facebook.