The CROWN Act would ban discrimination based on hairstyles in the work place. 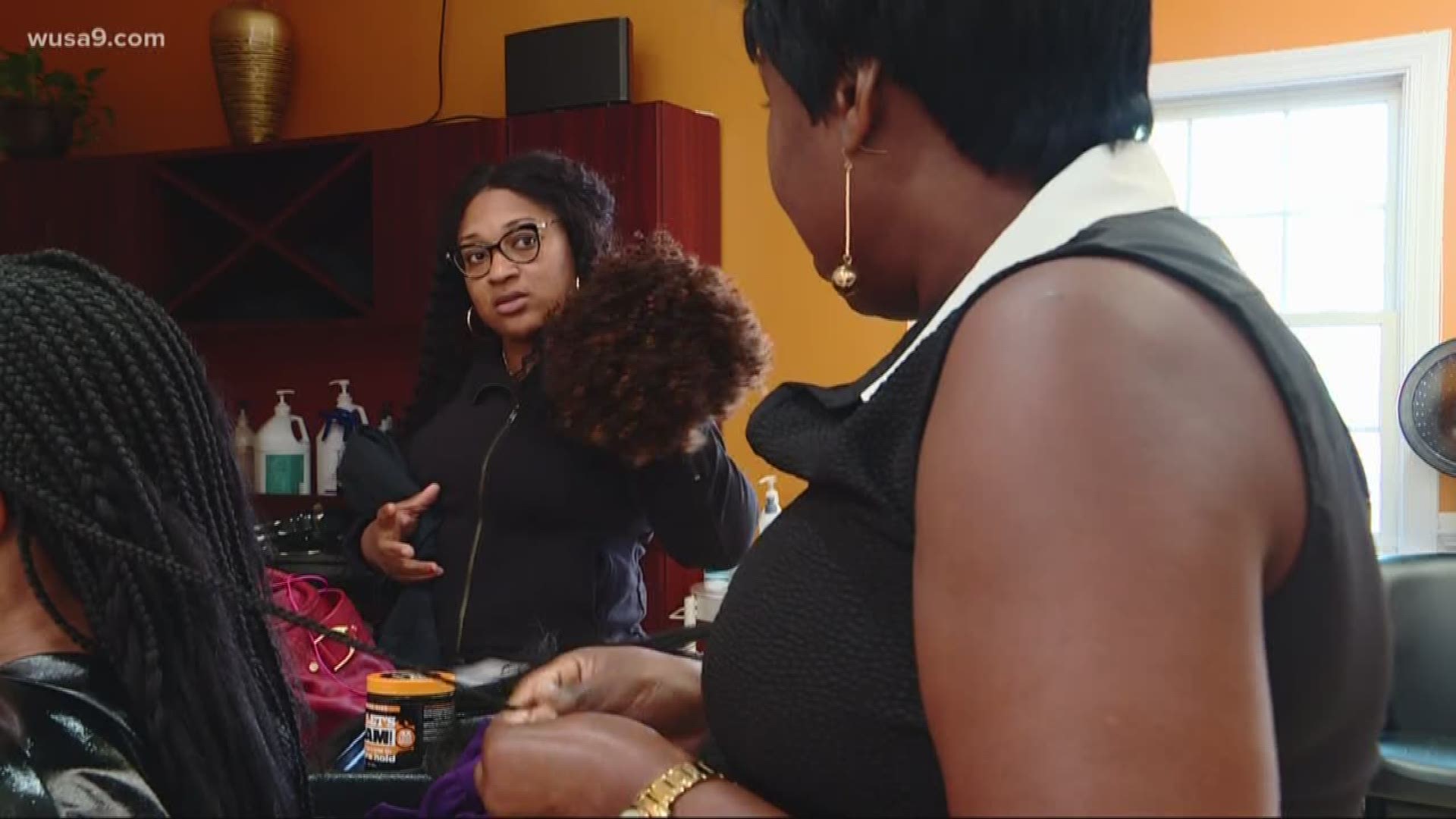 The bill, called the CROWN Act, would make it illegal to discriminate against employees based on their natural hair, such as braids, locks, and Afros.

On Tuesday, more than a dozen people came out to the Montgomery County Council meeting to express their support for the bill

"Oh, it's been going on for a long time, and unfortunately it has existed not only here in the United States but around the world," Wendy Greene, a law professor at Drexel University, said.

"So this is why legislation like the CROWN Act is really important so that it can redress the discrimination that is currently happening but also to prevent the biases and stereotypes that are associated with natural hairstyles," Greene said.

Montgomery County Council member Will Jawando is one of the bill sponsors, and said he’s been getting a lot of questions since he filed the bill two weeks ago.

“They don't understand why in this day and age, we're talking about hair," Jawando said. "Simply put, hair discrimination is a type of racial discrimination and prejudice that we are all committed to eradicating and exposing here in the county and across the nation. It's also something that deeply impacts individual self-esteem in their everyday decisions about how they present themselves to the world.”

Several people talked Tuesday about their own experiences with discrimination, every person having their own story.

“And it's only honestly in the past five to 10 years that I have been comfortable enough and confident enough, as somebody who is highly educated and accomplished professionally, to actually show up before you today with the hair as it grows out of my head,” one woman said about her own hair experience.

Another woman talked about her son’s experience with hair discrimination.

“When your three-year-old son comes home from preschool, and while you're giving him a bath, he says 'Mom, make sure to really shampoo my hair properly and make it clean today,'” Susan Peterkin-Bishop said. "'Miss so and so of his school daycare said his hair was dirty.”

Jawando said they’re not pushing to be the first local municipality in the country to enact this because it’s the right thing to do, but also because of the economic impact it has on the community.

“If we're going to be who we are and who we espouse to be in Montgomery County with 36 percent of our residents are black and brown women, we need to make sure that everyone can be fully who they are and that is good for them it's good for our economy.”

If the CROWN Act becomes law and discrimination is found, Jawando said victims would receive up to a $5,000 payment.

Jawando said he hopes this bill will be made into law by the end of November.

He also said that he is hopeful similar legislation will go through on the state level.