6-year-old Kasey Zachmann and her friends got an early start on trick-or-treating before she begins chemotherapy next week. 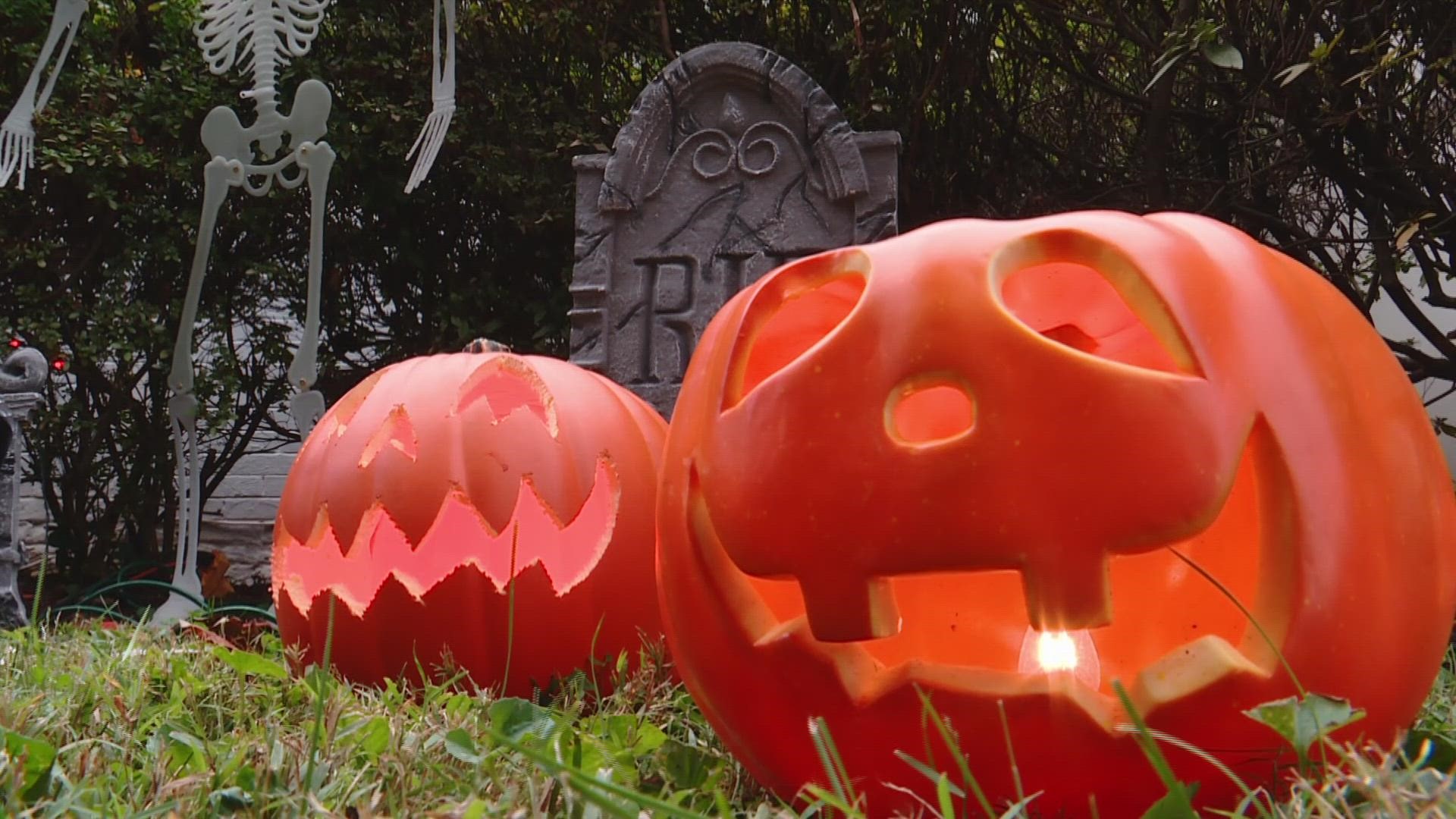 MONTGOMERY COUNTY, Md. — The power of community shone bright in Chevy Chase on Sunday night as a neighborhood came together to give a young girl fighting cancer the chance to celebrate Halloween with her friends.

The Zachmann family's 6-year-old daughter, Kasey, was diagnosed a few months ago with medulloblastoma, a type of brain cancer. Kasey is set to start chemo treatments this week, her family said.

Kasey's parents, Alyssa and Joe Zachmann, said their daughter loves dressing up and especially loves trick-or-treating. She wanted to celebrate the holiday with friends, the Zachmanns said, so they did what they could to make it possible.

“We reached out to a whole bunch of neighbors in the neighborhood and just asked if they would be willing to do an early trick-or-treat," Alyssa Zachmann said.

She said the response from their neighbors was overwhelming in the best possible way.

"We actually had to turn some people away because we had too many people who wanted to do it," Zachmann said.

With the support from their neighbors to celebrate Halloween and trick-or-treating early, Kasey and several of her friends dressed up Sunday evening to go door to door and yell the infamous words 'trick-or-treat'.

"She’s really excited about just having the opportunity to be a normal kid, you know she’s going to miss the Halloween parade at school and won’t be able to go trick-or-treating on Halloween but she’ll be able to have this experience and still get to say she went trick-or-treating and it means a lot to her,” Alyssa Zachmann said.

Kasey and her friends went to roughly 30 homes Sunday night to fill their bags with candy. Several of the neighbors passing out treats were also dressed up in costume.

"The response has been amazing," Joe Zachmann said. "We just moved here about two and a half years ago and we know some of the people in the neighborhood but quite frankly we haven’t had a chance to meet everybody and to get that instant response in what’s been a pretty tough summer has just been incredible.”

Credit: WUSA
Kasey (right) and her friends dressed up and trick or treated Sunday evening before her chemo treatment starts Thursday.

The generosity of neighbors filled Kasey, her friends, and her family's night with joy, candy, and memories, rather than focusing on the challenges that lie in the days ahead.

“Just capping it off before she goes into the next set of medication and it just makes the whole thing a really special time for her almost in a way she doesn’t even realize what she’s going through," Joe Zachmann said.