Communities losing doctors due to battle over green cards

The U.S. could lose thousands of doctors that mostly serve remote and impoverished areas. 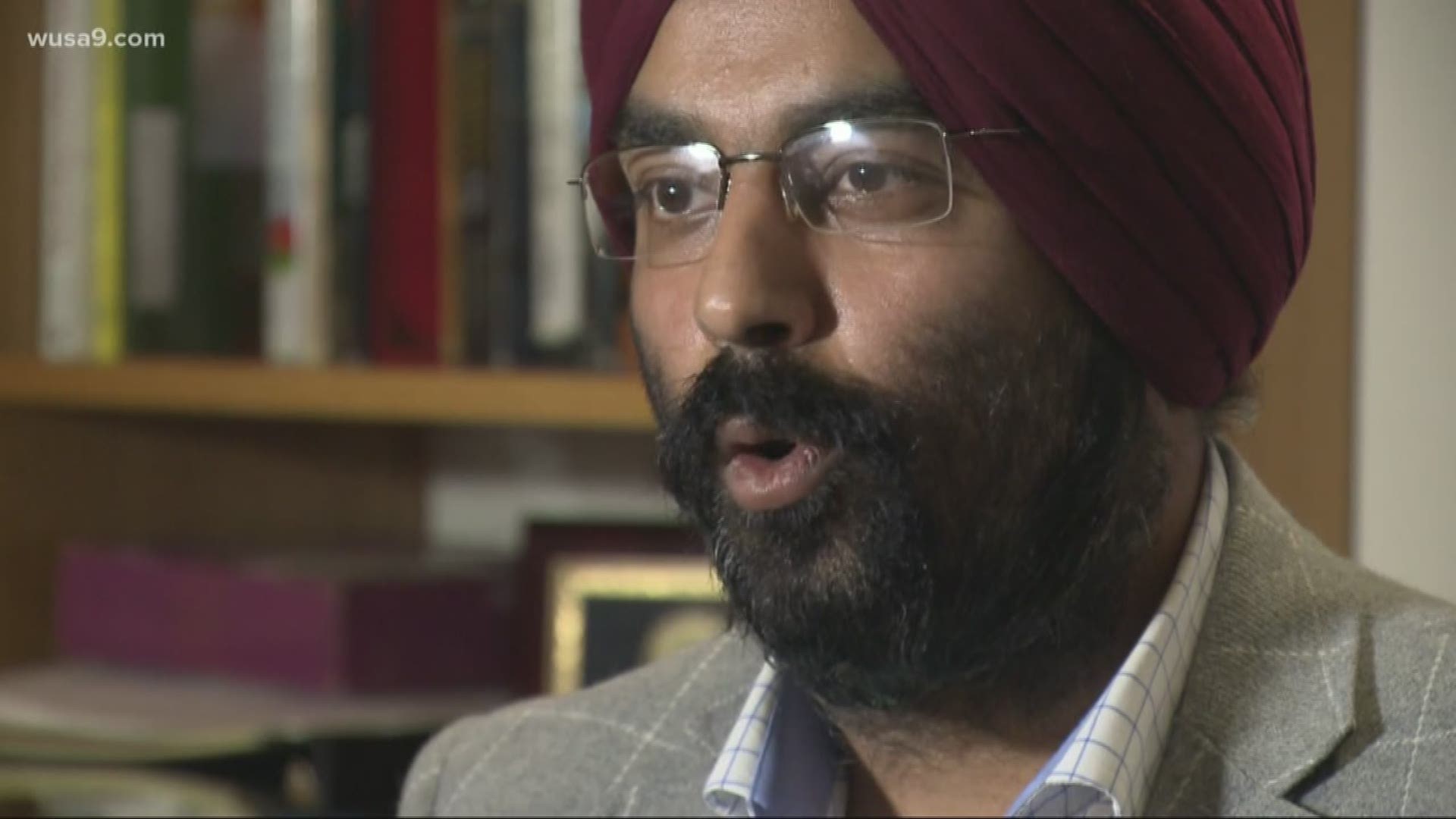 CAMBRIDGE, Md. — Tens of thousands of doctors in our country are on the edge of closing up shop.

Why? They’re from India and are stuck in a decades long battle for a green card.

And now, the U.S. is at risk of losing thousands of family doctors.

Places like Cambridge, Md, would likely be the most impacted - a small town in rural America on Maryland's Eastern Shore, where on a cold day, it feels like the boats outnumber the people.

"It almost a 100 miles from all the metropolitan areas, Washington, Baltimore, and Philadelphia. It's not a particularity wealthy area, so physicians are not attracted to coming to this area, " said Ernie Barlow, a Cambridge resident.

Cambridge is considered by the federal government to be an under-served area -- it's remote and impoverished.

Residents said quality doctors are scarce, and like the breeze, they're gone as soon as they come in.

"Doctors have a way of passing through Cambridge, they get their feet on the ground and then they are gone," said one resident.

Dr. Jeevan Errabolu is a family doctor. To his patients here for the past 15 years, he's become like family. They nicknamed him Dr. J. Like many immigrant Indian doctors, taxpayers paid for his schooling and residency in the United States. Errabolu did his residency in Buffalo, New York.

And like many Indian doctors, he's on a work Visa, under a category called EB-2. It's a category for immigrants with advanced degrees. The problem is the category also includes engineers, tech people and many others. Hundreds of thousands of people from India, all vying for the same prize -- a green card.

The U.S. gives out the same amount of employment and family based green cards each year, 7 percent, to every country no matter the size or how many people are in line.

We met with a group of Maryland doctors who are asking that we not share what hospitals they work for. They are all taking a risk by talking to us. But they now believe the risk of staying silent poses a greater danger.

"It's unbelievable, it's hard to fathom, it's insane and it doesn't make any sense. The whole criteria is what country you were born in, it doesn't depend on talent or how you’re contributing, your individual achievements or what you're doing for your community, it's just about where you were born," said Dr. Jolly.

Where they are born, India, is the most green card backlogged country in the world. Recent data shared by the US Citizenship and Immigration Services, or USCIS, show that as of April 2018, more than 600,000 Indian immigrants are waiting for their green cards.

These doctors fall into what is called the EB-2 category. It means they join 216,684 other Indian immigrants in line. Last year, USCIS approved 2,879 green cards. This leaves 213,000 immigrants without green cards. The immigrants who didn't win the green card lottery this year stay in the queue and the line will only get longer next year.

For all of them, the seven plus years they've spent in the U.S. studying, doing their residency and fellowships doesn't count towards their green card. The clock only starts once their employer petitions the U.S. government on their behalf.

"It would predict they have to wait at least 150 years, for their green card, we know they will have died, or get out of line, or find some other way to get a green card, rather than go through this insane process, but this is what they are up against," said David Bier, an Immigration Policy Analyst at the CATO Institute in Washington, D.C.

Bier said these quotas were established in 1990 and the law hasn't changed since, despite the economy doubling in size. Bier said the result is an impossibly clogged immigration system.

While no one can exactly predict where a doctor fits in line, he believes those who got in line starting in 2016 to the present could be facing a lifetime wait.

This means families will be separated. For those who children were not born in the U.S., they are at risk of being kicked out of the country when they turn 21 if their parents do not get a green card.

"They will either have to find some other way to stay in the U.S. or leave and go back to India, a country they didn't even grow up in. This is the tragic, inevitable consequence of these very long waits," said Bier.

These doctors mainly serve in under-served areas, a requirement of their work visas. In Cambridge, what can be seen as one person's loss is another's gain. In a small, white clinic with blue shutters, Dr. J. sees thousands of patients and also goes to others who are too sick to leave their homes.

Gina Marzull said multiple doctors told her she would never walk again and then she met Dr. J.

"I just will never forget the first time I walked into that man's office. I just busted out crying and he stood there and listened. He told me, 'don't cry I'll help you' and he did," said Marzull.

Only recently, mainly because of WUSA9's story, that Dr. J. finally shared with his patients his plight. Because of their uncertain status, Indian immigrant doctors can't vote, can only get high interest loans and often times can't get promotions or utilize cutting edge technologies because of their work visa restrictions.

It has caused a cloud of panic for all of these doctors. Canceled trips to India, despite sick family members, because of the fear they won't be let back into the U.S. It's all happening at a time, when these doctors are trying to raise their own families.

"There should be a different pathway for physicians, there has to be, you can get online degrees in Indian and American and all these people are all in the same reservoir. Dr. J. a person who is in dire need, who has proven his dedication, this is a tragedy, and American tragedy," said Ernie Barlow, whose wife is a dedicated patient of Dr. J's.

WUSA9 contacted USCIS, the government agency responsible for determining eligibility for the highly coveted ticket to permanent status. We sent them their own numbers from a CATO Institute study, asking if indeed the backlog for Indian doctors could be as long as 150 years. While they refused an on-camera interview, Michael Bars, a USCIS spokesperson sent us this statement, saying there is no backlog.

"The truth is that these arithmetic tricks and fabrications are grossly inaccurate, and in effect undermine this effort. Applicants may contact us if they believe there is undue delay to the processing of their petition or application," said Bars.

David Bier with the CATO Institute said he believes USCIS is misunderstanding that this is not a criticism of USCIS when in reality, these long lines are happening because of a broken immigration system.

"This is not a criticism of the administration of how USCIS is operating the line, it's up to Congress to change the law to make sure these wait times are not escalating," said Bier.

"I'm not going through the numbers, just with humane eyes, just look at these physicians what services we're bringing in, and not looking through paperwork, I think you will help us," said Dr. Jeevan Errabolu. Errabolu makes the long commute from his home in Reston, Virginia to the Eastern Shore every week to see his patients.

But there is some hope. A few weeks ago, both the Senate and House introduced a bill to replace CONRAD 30, which will be expiring this year. It will create a pathway to permanent residency for doctors and medical students who serve in rural communities desperate for healthcare. WUSA9 spoke with Congressman Brad Schneider who says these doctors are filling a critical need, as the US faces a huge doctor shortage. And these doctors oftentimes make roots in these communities.

Maryland based Immigration Attorney Edward Neufville said unless things change, the U.S. will lose highly skilled doctors to places like Canada and the United Kingdom, where achieving permanent residency is much easier.

"There's been some clients who say I can move to Canada and do a lot more than sit here and wait. And I can't blame them," said Neufville.

The U.S. is also spending big bucks to educate and train these foreign doctors only to see them leave. This also comes at time when the U.S. is facing a doctor shortage crisis. The U.S. could see a shortage of up to 120,000 physicians by 2030, according to the Association of American Medical Colleges.

Dr. J said if he has to go back to India, not by choice, his two children who are U.S. citizens, and wife will be going with him. His office will be shuttered. His nurses, biller and phlebotomist and secretary will no longer have a job. The millions that he will eventually pump back into a deteriorating economy will never happen. The people of Cambridge said they may never recover either.

"Just like I'll tell my kids, don't think someone else got the prize because they didn't put good effort, just hope for the best. I can't wage a war with anybody. I want to act with grace and ask for justice the right way," said Dr. Errabolu.

The head of the American Medical Association sent a letter to USCIS earlier this year, asking them to clear the back log for physicians and give them green cards. The reason? The AMA says 85 millions people live in areas in the US where there is a doctor shortage.