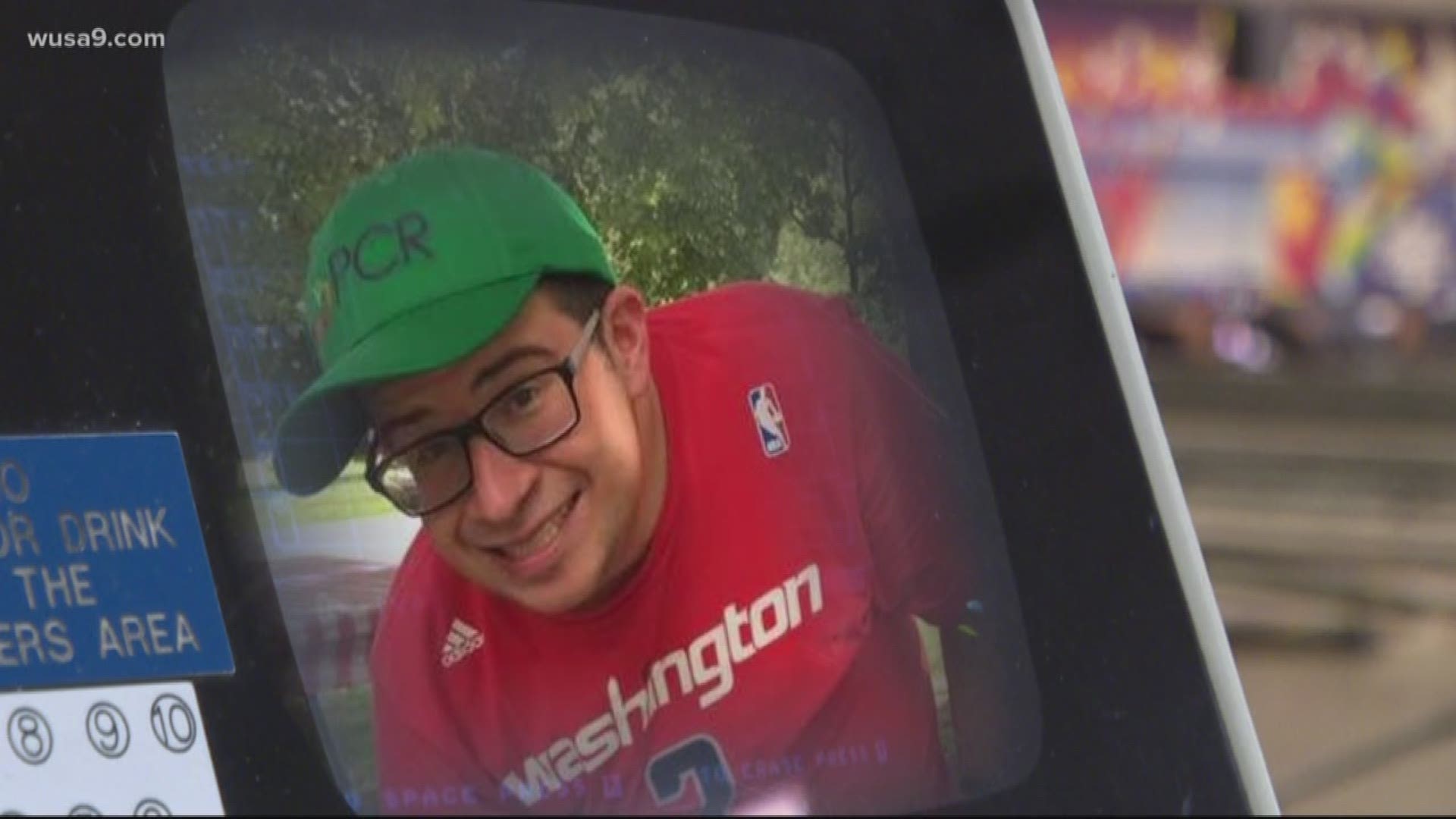 The 32-year-old was hit by a car and killed on Rockville Pike Thursday, Jan. 16, police said.

They said it was a little after 6:30 p.m. at the time, and he wasn't walking on a crosswalk.

"Brett was a rule follower," his former bowling coach, Debbie Fickenscher, said. "I know that I saw him go out of his way to use a crosswalk, so I don’t know why he didn’t use a crosswalk that night."

For Fickenscher, the accident hit home. She, too, has a daughter with special needs who lives on her own.

"The first thing that happened to me was, it could have been my daughter," she said. "It really hit hard."

Both she and Badin's newer coach Thomas Didone said that even though his life was cut short, his legacy will last. They said Brett bowled with the Special Olympics league for 15 years, and everyone he met knew him for his positivity.

"Brett was a fine young man," Didone said, who also happens to be the acting assistant chief of the Montgomery County Police Department. "He was a very positive person. He was competitive, but he was very friendly with people."

Didone had the chance to coach Badin for the last four years and said he was one of the higher-performing bowlers on his team.

"I’ll tell you this is more rewarding than being a police officer at times," Didone said. "It was very delightful to work with Brett. He will be sadly missed ... But he was a pretty good bowler. He had a unique bowling style."

And that unique style will be commemorated on a plaque at the place he called home — Bowl America in Gaithersburg. Fickenscher said he was posthumously awarded the "Inspiring Friends" award, and his name will be added to a plaque on the alley's wall.

"He could take care of himself," Didone said. "So you would never know probably that he was a Special Olympics athlete, because he was just a good person and good people do good things every day, and I know he’s in a good place right now."

Police are still investigating what caused Badin to walk across in the area where he did, and how the car ended up hitting him. They said he was the second pedestrian fatality on that same road in 24 hours, the eighth hit in Montgomery County in three days.

As a police officer, Didone is calling for both drivers and pedestrians to pay better attention to prevent future tragedies.

RELATED: 7 pedestrians hit by cars in Montgomery County in 2 nights