Clarksburg High senior admitted to every Ivy League school but one

Nearly a dozen of the country's best colleges are courting Sienna Williams. Now the aspiring astronaut just has to decide where to go. 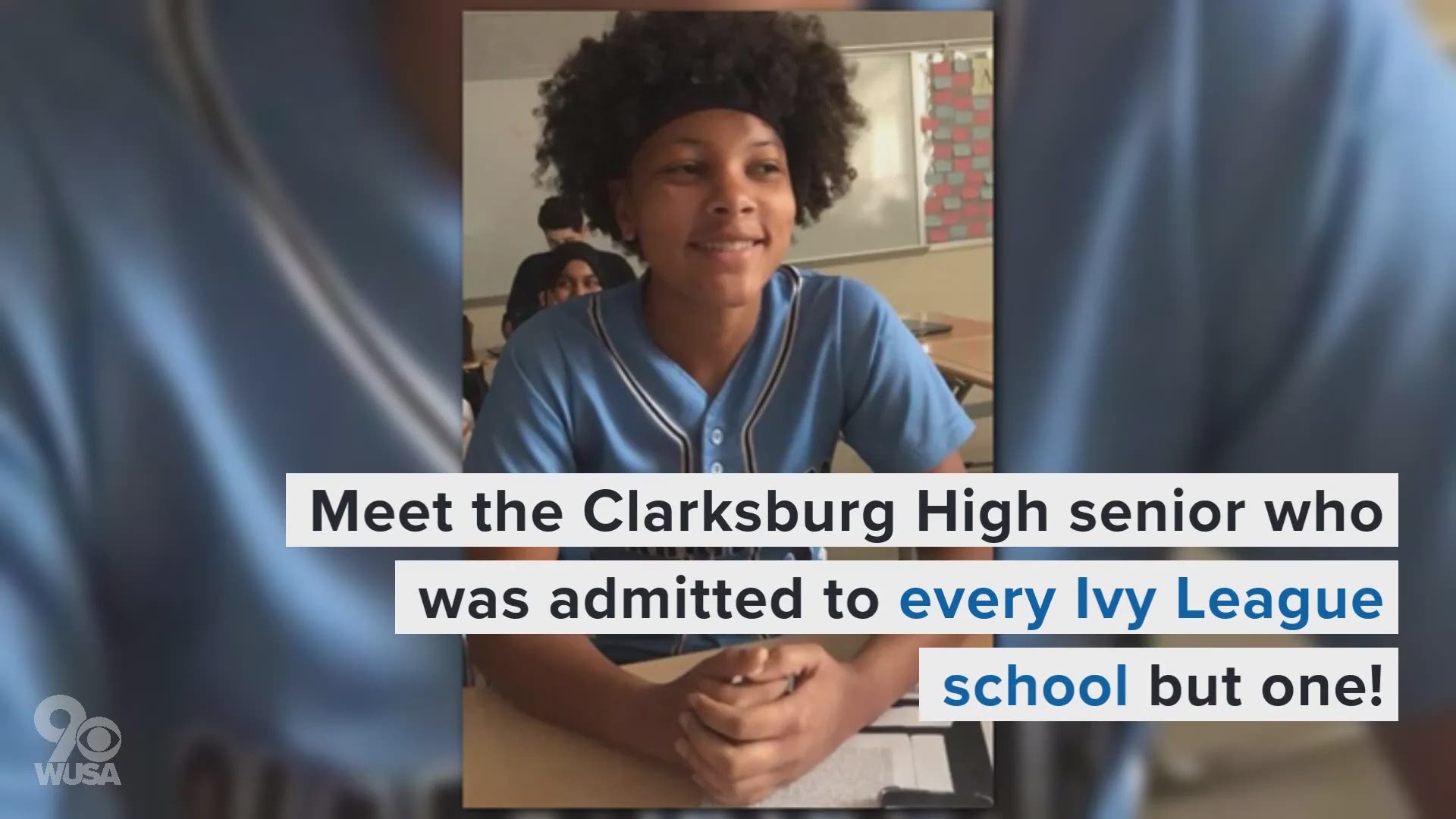 Senior Sienna Williams just found out she's been admitted to every Ivy League except one. Dartmouth wait-listed the 18-year-old aspiring astronaut with a 4.8 weighted GPA.

In addition to Harvard, Yale, Princeton, Cornell, Brown, Columbia, and the University of Pennsylvania; Williams is being courted by MIT, Duke, Maryland and Virginia Tech.

Daphne Smith Williams
Sienna's always loved learning and challenging herself. So years ago, when she told me she was going to get accepted to every Ivy League school, I never put it past her. Unfortunately tonight she...

In the halls at Clarksburg Tuesday, Williams was fist-bumping and slapping hands with fellow students, who asked in disbelief, "How many schools did you get into!!!!?"

The Montgomery County teen is leaning toward MIT. She says it has the best astrophysics department in the country. It's also offering the stellar student almost $250,000 in scholarships.

Williams and her three sisters were raised by their single mom Daphne Smith Williams, a former math teacher. Smith Williams is now head of special education at Rocky Hill Middle School, which is just down the street from Clarksburg High.

Williams says her oldest daughter always loved learning and challenging herself, so when she told her years ago that she was going to get accepted at every Ivy League school, her mom didn't put it past her.

Her principal, Edward Owusu, calls it #BlackGirlPride, #GirlPride, and #ClarksburgCoyotePride. He says it's time for the world to focus on what young African-American women can do.

In the midst of the scandal over wealthy parents allegedly bribing their kid's way into elite universities, Daphne Williams brags that Sienna got in with hard work and commitment.

Williams, who is modest, quiet, and soft-spoken in person, attributes her success to hard work and time-budgeting. She hopes to be an inspiration to lots of young women, especially her sisters.

She has until May 1 to decide where she'll go in the fall.