Authorities say Daniel Beckwitt had hired Askia Khafra to dig the tunnels to serve as a bunker in the event of a nuclear attack. 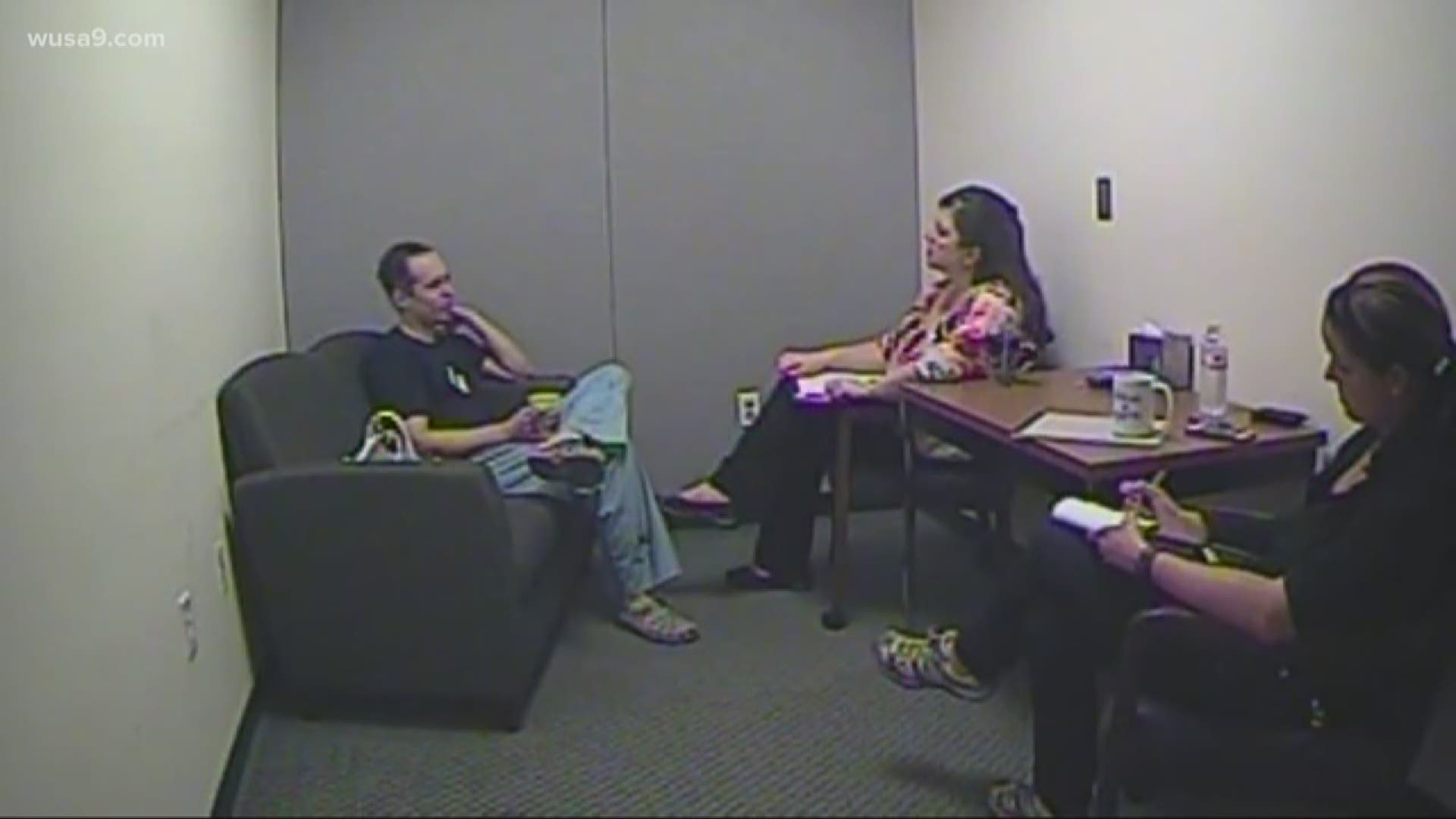 MONTGOMERY COUNTY, Md. — Citing the defendant's "intellectual arrogance," Judge Margaret Schweitzer sentenced Daniel Beckwitt to 21 years, with all but nine suspended, for the death of 21-year-old Askia Khafra in 2017.

Khafra's body was found naked and charred under Beckwitt's home after a fire broke out in the elaborate tunnel system beneath the building. During the trial, it was revealed Khafra had been working for Beckwitt, digging the tunnels, in hopes of getting funding for his business.

Authorities say Beckwitt had hired Khafra to dig the tunnels to serve as a bunker in the event of a nuclear attack from North Korea. Earlier this year, Beckwitt was found guilty of second-degree depraved heart murder and involuntary manslaughter.

The sentencing means, effectively, Beckwitt will serve nine years with five years of supervised probation. In the state of Maryland, if you are convicted of a crime of violence, you must serve a minimum of half your sentence before you are eligible for parole.

Previous court documents showed "the substantial electrical needs of the underground tunnel complex were served by a haphazard daisy-chain of extension cords and plug extenders that created a substantial risk of fire."

In court, prosecutors argued that Beckwitt was aware of an increased fire risk in the hours and moments preceding the blaze.

At the sentencing hearing Monday, Khafra's family recalled who he was before his untimely death, and the impact is has had on them personally and as a family.

His father, Dia Khafra, spoke about how three police officers arrived at his home.

"Mr. Khafra, we have reAson to believe your son Askia was burned to death at a house fire in Bethesda," he recalled them saying. He said in that moment, he said a silent prayer. "Please let this be a case of mistaken identity. Please just let it not be my son."

Askia's mother recalled the months of anguish that followed her only son's death and said there were moments she even contemplated suicide.

"I go to sleep crying, I wake up crying," she said. She recalled one evening during the trial she walked out of her home in pouring rain, sobbing, and hoping she would be hit by a truck.

"Since his death, we have been traveling down very dark paths...there were moments I thought I didn't want to live anymore and I actually entertained thoughts of making it happen," she said. "Askia's death has left me broken."

Both a childhood friend and ex-girlfriend of Askhia Khafra testified his death had left them heartbroken and shaken.

Baileigh Tolar, Khafra's ex-girlfriend and close friend, said she could not be alone for several days after learning of Khafra's death. She said even to shower, she had to have someone on the phone with her.

“If Askia was not alive any longer, it was not fair that I was allowed to continue living and experiencing this world," she said. "I would continue to age and he would forever be stuck at 21 years old."

His childhood friend, Brandon Cobb, said his mother was so stricken with grief after Askia's death she cried for hours as though she'd lost her own son.

He said they had gotten lots of advice, much of which centers on the idea of acceptance.

“[Like] This sort of thing gets better over time and that eventually you learn to accept what happened ... [But] my best friend was denied the rest of his life because someone blatantly disregarded his safety," Cobb said. "I feel that there is a void in me that won’t ever be truly whole again.”

The Khafra family said repeatedly they had never gotten an apology from Beckwitt, apart from a condolence card.

Credit: WUSA
Trapped in a burning labyrinth of homegrown tunnels, police say 21-year-old Askia Khafra could have been saved from a 2017 Bethesda house fire.

At the end of the sentencing, Beckwitt stood to address the family and judge.

"I am sorry for what happened but sorry doesn't even begin to cover the magnitude of the tragedy," he said. "Sorry is what you say when you bump into someone with a cart at the grocery store."

"If there was something, anything, I could do to bring Askia back, anything, I would jump at the chance," he said. "But there is nothing that can be done at this time."

Beckwitt repeated that he tried to rescue Askia from the fire, and he didn't intend for any of this to happen.

"I will not beg for forgiveness, that is a decision you must deal with on your own," he said. "I just hope that over time you can come to terms with what happened and find peace."

The judge, after watching a slideshow of family photographs of Askia Khafra, said there was nothing they could do to bring justice to Khafra's family and no amount of years behind bars would bring him back.

"All these numbers trivialize the loss of life. Thirty, 20, 15, five ... even life without parole, they trivialize it," she said. "My sentence will not and cannot give you justice. It just can't and it won't."

She then gave Beckwitt 21 years, with all but nine suspended for the death of Askia Khafra, plus five years of supervised probation. That means he will serve nine years, then five additional years on probation.

"It is my opinion that you have what we call intellectual arrogance. You thought that everything would be fine because you were really smart," Schweitzer said. "And you didn't perceive what most of us would consider to be really dangerous."

The judge also issued a no contact order for Beckwitt with the Khafra family.

The defendant's counsel said during the hearing they plan to appeal the judge's decision.

Damage after the fire on Danbury Road

Editor's note: This story originally misspelled Baileigh Tolar's name, then removed it. It has been updated to reflect the correct spelling.