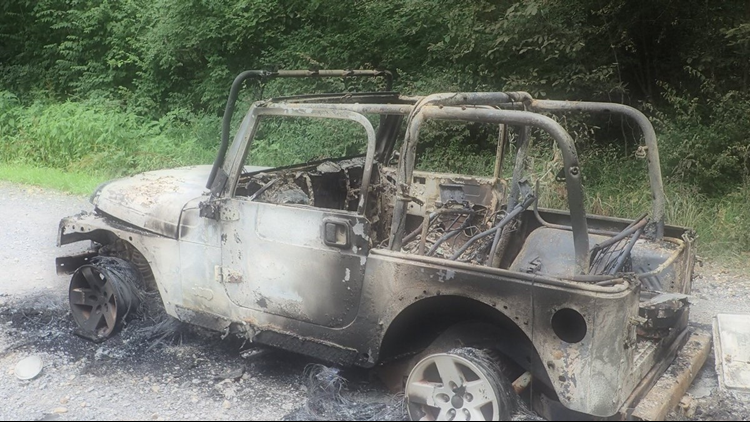 Car goes up in flames in Md. from July 4 fireworks

POOLESVILLE, Md. -- A Jeep went up in flames in Poolesville after a group of people shot off fireworks on Hunting Quarter Road Wednesday Night.

Someone fired off a firework using a mortar tube and it ended up hitting the car, which contained more fireworks, causing quite the fourth of July explosion.

About two dozen people were present, but nobody called the police. Some tried to extinguish the fire but were unable to put it out and ended up abandoning the car.

The next morning, a Maryland Natural Resources officer on patrol found what was left of the car and reported it to the police.

Investigators have been able to track down the owner of the Jeep and charges are pending.

RELATED: Where can you use fireworks in DC, Maryland, and Virginia?

All fireworks are illegal in Maryland and in Montgomery County, violators could face upwards of a $500 fine.