Butler’s Orchard is well known as a mainstay in the area for its variety of picking your own crops and farm market filled with fresh fruits and vegetables. 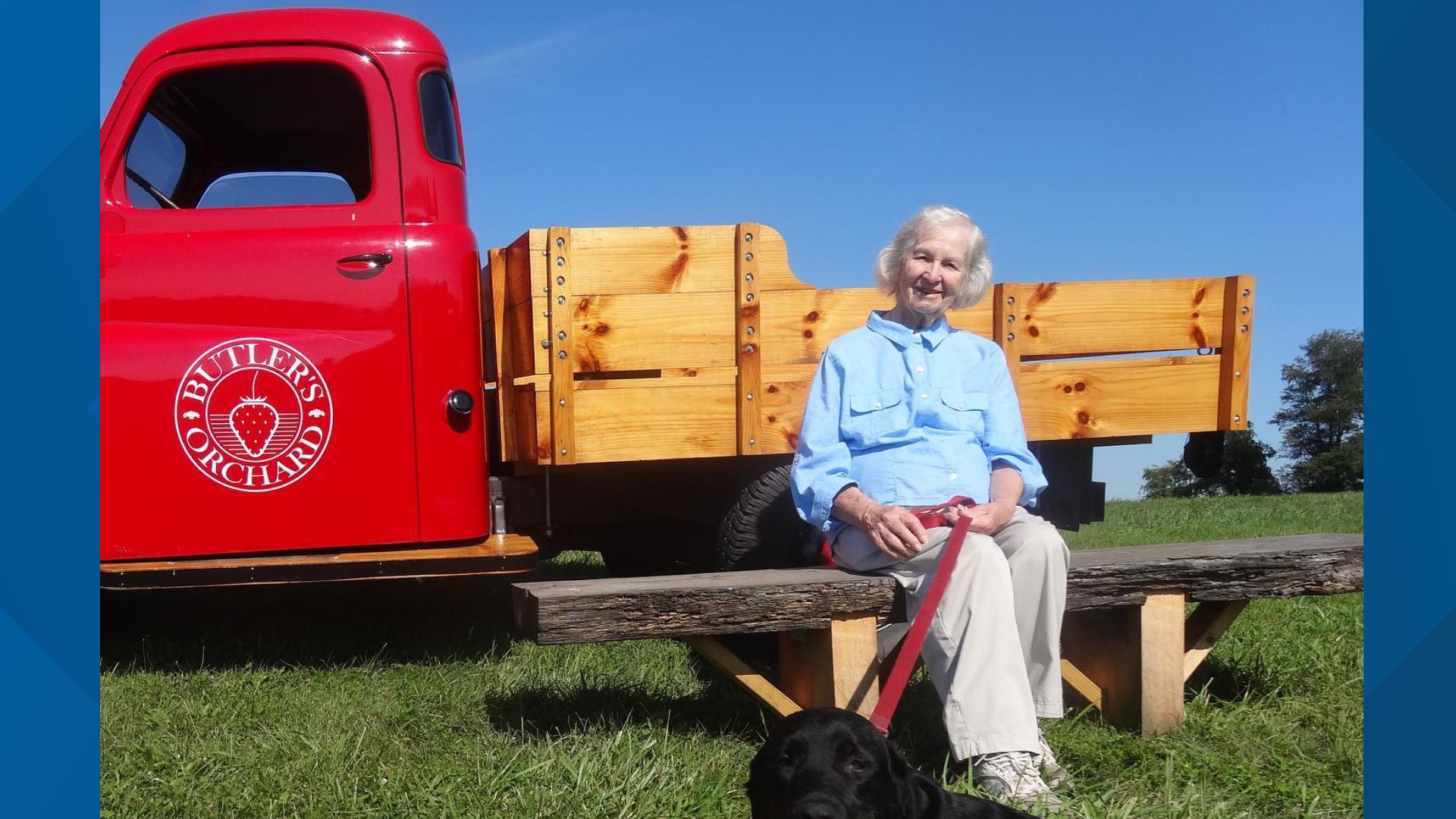 Butler passed peacefully at home surrounded by her family on Sept. 10, her family reports.

Butler was born on Dec. 20, 1928, in Washington, D.C. to Hylton and Rosina Brown. The youngest of three children, she grew up in Silver Spring and attended Montgomery Blair High School.

She later received her bachelor's degree in mathematics at Pennsylvania State University. Following graduation, she worked at Johns Hopkins Applied Physics Lab, according to her obituary online.

Shirley married George H. Butler, Jr. in 1950, and together, they purchased 37 acres and an 1850s-era log house in Germantown — the start of Butler's Orchard, which became famous for its picking fields.

The family is now on the fourth generation and the business is in its 70th year. The orchard has expanded to over 300 acres, according to its website. It's a mainstay in the area for its variety of picking your own crops and farm market filled with fresh fruits and vegetables.

"Shirley had a true passion for Butler’s Orchard and never really retired. The business represented her love for growing fruit, flowers and vegetables as well as nurturing young people – often giving them their first job in life," the family said in a statement. " She and George were a force for good for so many. Shirley, the proud matriarch, was amazed and delighted by the growth and expansion of the business and the family."

Shirley was predeceased by her husband George in 2000 and her son Todd in 2010. She is survived by her son Wade, her daughter Susan, her sister, Meryl, and several nieces, nephews and cousins.

The family will have a private celebration to honor her life and legacy but will hold a memorial service in her honor at Butler’s Orchard once large gatherings are permitted.

Butler's Orchard is still open for business during the coronavirus pandemic. Visitors will be able to pick their own essential fruit in the open airfields while maintaining a safe social distance.

RELATED: VERIFY: Are farmers getting paid less even as retail milk prices go up?

RELATED: Farmers forced to toss milk due to pandemic. Here's why they can't donate it