The university president called it a "disturbing incident." It was caught on video and has been shared hundreds of times. 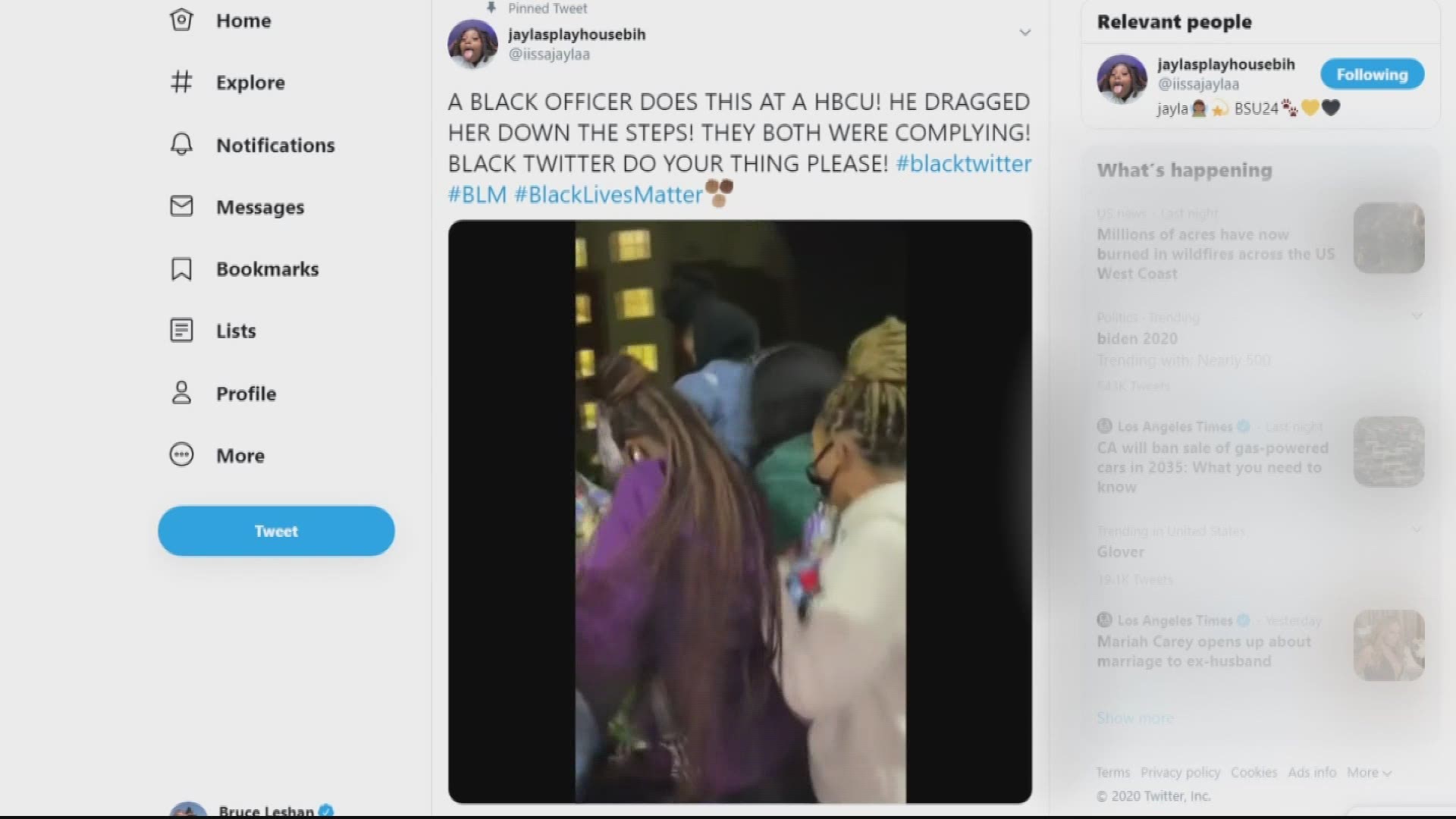 The university president called it a "disturbing incident." It was caught on video and has been shared hundreds of times.

"A BLACK OFFICER DOES THIS AT A HBCU!" tweeted a student, along with a video that shows at least three campus officers trying to convince a crowd of students out playing music to go back to their dorms.

The officers single out one young man and push him toward their cars down the stairs, there's a lot of screaming from students that the officers are mistreating him, and then there's a confrontation between an officer and a female student.

On-campus Thursday afternoon, witness Casandra Williams, a freshman, said tells WUSA9, "I felt like the officer was very barbaric when it came to his reaction to the situation. And I felt everything was pushed out of proportion given the -severity of what was going on wasn't really that serious to put his hands on a female, a black female at that." 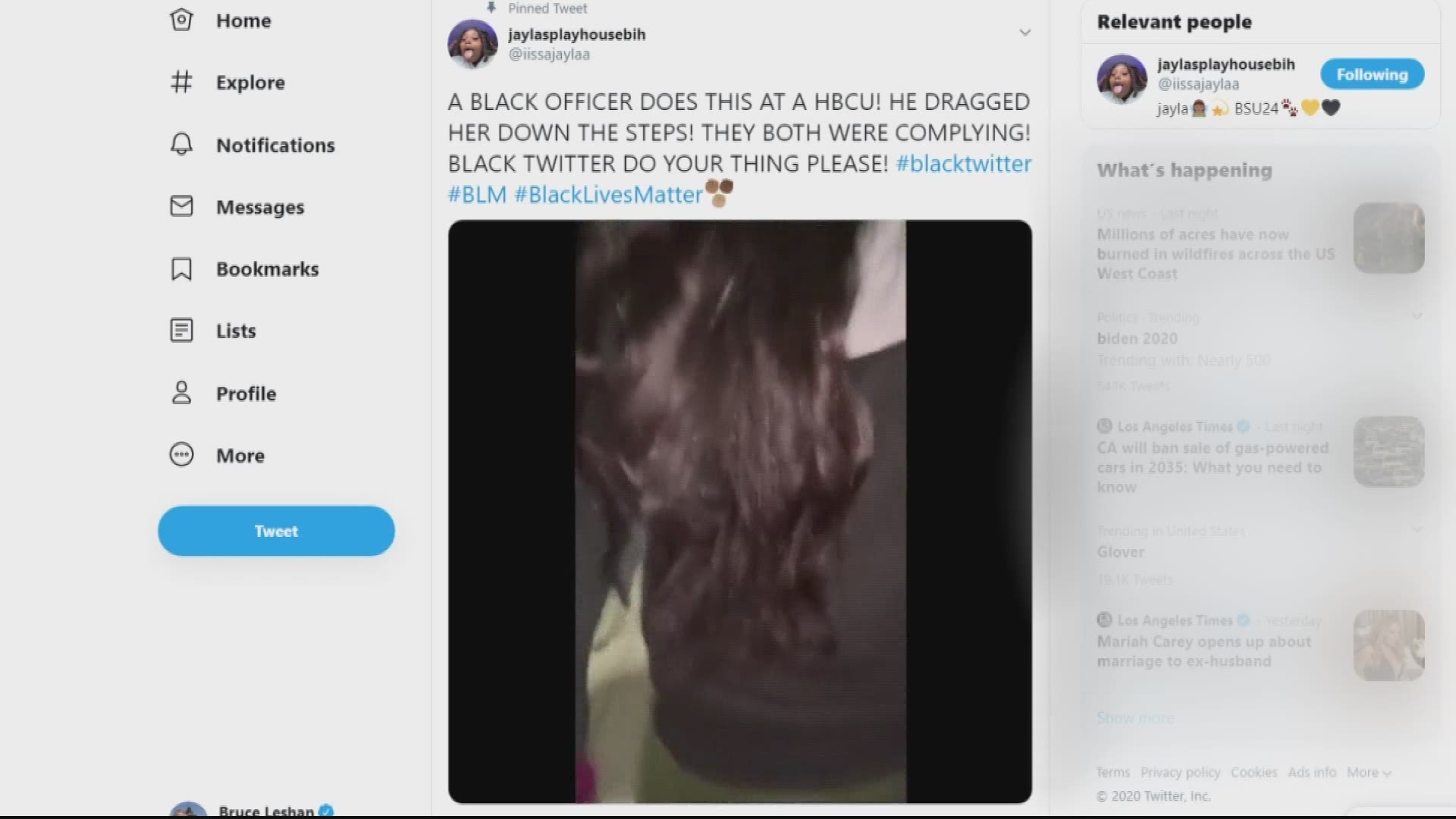 But a young African American campus worker defended the officers. "I haven't met the cop personally, but all the other cops I've met around here are definitely great," said Kyle Duncan.

On Twitter from Uncle Al: "Not saying that the officer that handled this was right, Cause it's hard to see everything in this video. But Firstly it's not a good idea to get up in the officers face. Secondly, it looks like she laid a hand on that officer. which for the books is never a good idea."

And from Daddy K: "Angry is an understatement for how I'm feeling right now."

The university president released a statement, saying in part: "Out of great concern for our students and protecting the integrity of our community, I have immediately initiated an investigation into the matter.

A BLACK OFFICER DOES THIS AT A HBCU! HE DRAGGED HER DOWN THE STEPS! THEY BOTH WERE COMPLYING! BLACK TWITTER DO YOUR THING PLEASE! #blacktwitter #BLM #BlackLivesMatter pic.twitter.com/jia87JrUc7

The officer involved is on administrative leave pending further investigation.

Students said this started as a disagreement between freshman and upperclassmen who thought they were playing their music too loud at that hour of the morning.

According to another statement from Bowie State University, the institution's president and other administrators met with several BSU student leaders Wednesday to discuss the incident.

"The student leaders are joining the university to organize an event within the next few days to engage the BSU community, including members of the Campus Police, to reaffirm the university’s core values and individuals’ commitment to those shared responsibilities."