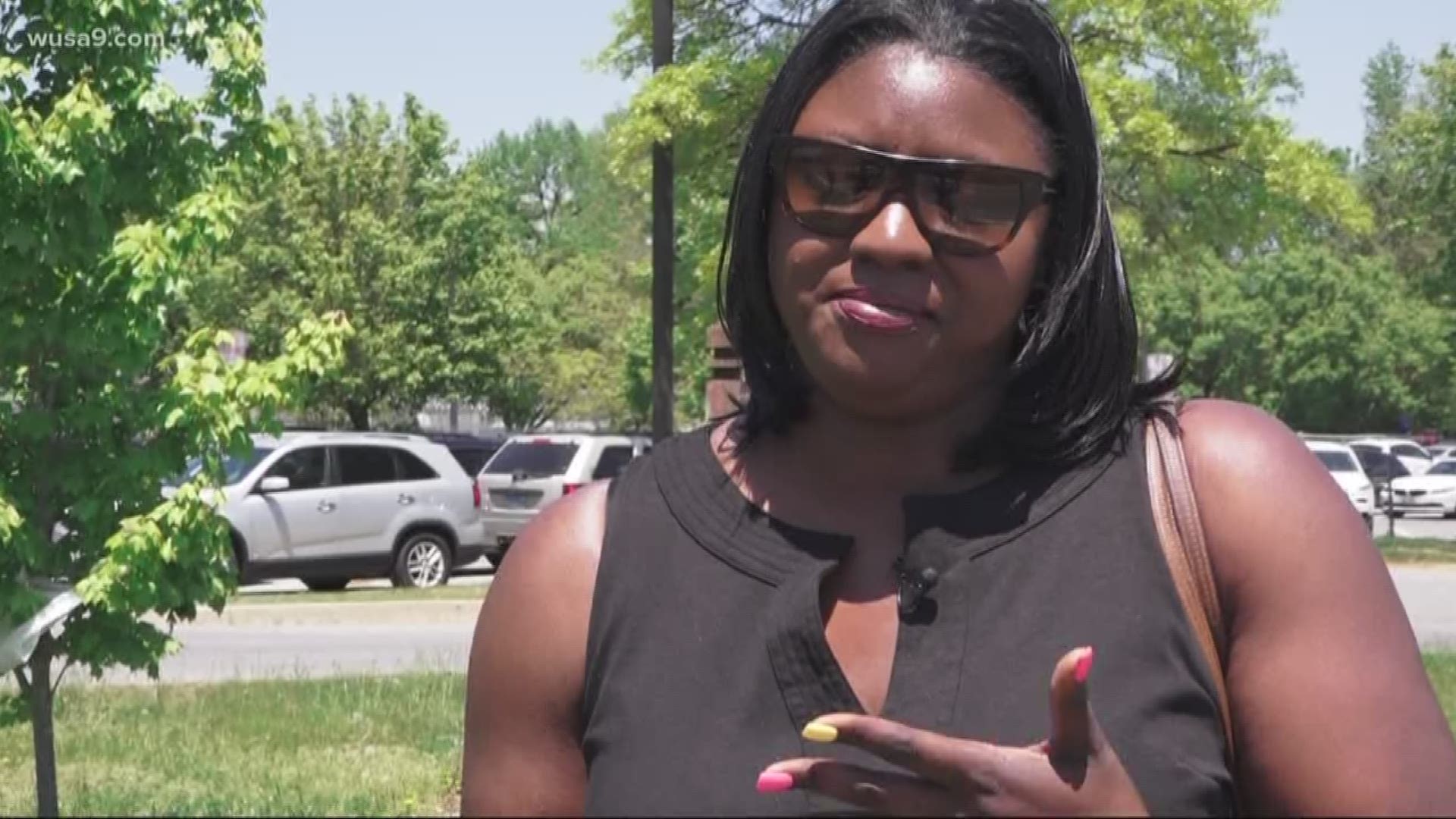 PRINCE GEORGE'S COUNTY, Md. (WUSA9) — A handful of women locked up in Maryland are expected to get out of jail for Mother’s Day.

GildaPapoose Collective, BYP100 DC, and Progressive Maryland teamed up to bail out women who were arrested for misdemeanor crimes.

It is a part of a nationwide effort called ‘National Mama’s Bailout Day.’

RELATED: Woman who made national headlines guilty of stealing home

“I walked out through those front doors, and my sons were the happiest children,” Qiana Johnson cried. “The joy that came over their face — my son was actually shaking. He was so happy to see me.”

It was still emotional for Johnson to think about knowing what it was like being separated from her two sons on Mother’s Day.

She was locked up five years ago and later convicted for two real estate theft schemes.

Unlike women currently waiting for trial, Johnson was found guilty of committing a crime and recognizes people may not have sympathy for her.

However, before Johnson was convicted, the 37-year-old said she was one of the lucky ones.

Johnson is a part of the three organizations helping to #FreeBlackMamas in Maryland.

The grassroots effort was planned to pay enough bail money to get at least three women out of jail on Friday which would be enough time for them to spend Mother’s Day with their families.

“These are people that have not been convicted of a crime, they haven’t even gone to trial,” Krystal Oriadha, with Progressive Maryland Prince George’s County, said.

The effort was just one part of a push to end cash bail systems across the country.

In the 90’s, DC stopped holding people on bail.

The bail reform act requires suspects to see a judge within one day unless they are arrested during the weekend.

However, the cash bail system still exists in Maryland and Virginia.

Oriadha asked, “How do we make sure that no matter your economic status, no matter your race, no matter even your sexual orientation— none of those make it that you’re going to spend more time in jail than someone else?”

The group said being locked up before trial should be based on the crime and/or threat to the public.