Nearly five percent of the samples given for an audit for Prince George's County Schools high school seniors given diplomas in 2016 were not eligible to graduate, according to a state audit released Friday. 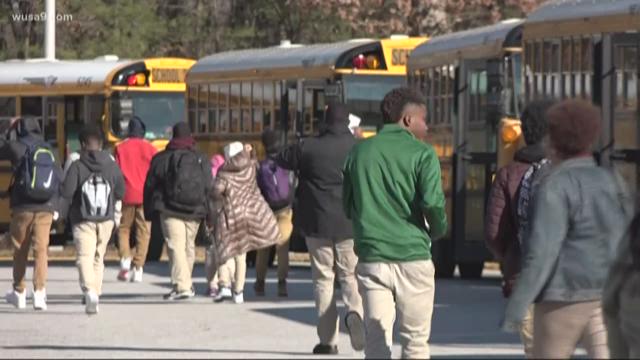 Nearly five percent of the samples given for an audit for Prince George's County Schools high school seniors given diplomas in 2016 were not eligible to graduate, according to a state audit released Friday.

Additionally, there are inadequate records to confirm the eligibility of at least 24.5 percent of graduates and investigators found evidence of irregularities in grade changes and the manipulation of transcripts after graduation.

The audit was ordered by the Maryland State Department of Education after whistle blowers made allegations that grades and transcripts were being changed to inflate the school system's graduation rate, which is a benchmark for progress.

The superintendent wrote an open letter Friday on the audit:

In June, a majority of the Prince George’s County Board of Education and I requested an audit by the Maryland State Department of Education of high school graduation rates throughout Prince George’s County Public Schools (PGCPS). Given the nature of the claims, we believed an external performance audit would serve to address key concerns and identify key areas for improvement. The seven-week audit concluded October 31, 2017.

Audit findings released today do not support allegations that any systemic direction was given to change grades or artificially increase graduation rates. The audit also reports no evidence of system-wide intimidation or fraud related to the allegations.

Improving high school graduation rates is the right goal for our school system. A high school diploma is the gateway to better opportunities and brighter futures.

While graduating more students is the right goal, the audit findings indicate our processes and practices must improve to best serve all students. I am concerned about the serious errors found at many high schools. The audit findings will serve as a roadmap to improvement, a commitment to strengthening our school system’s policies and procedures.

Many of the issues revealed in the audit will be resolved with clearer policies, consistent adherence to those official procedures, better use of technology, improved training and communication, and stricter monitoring. It is clear that we must act with urgency to reform longstanding practices in our schools. We will fix errors at each level to protect academic integrity, provide more current information through our online parent portal and use technology to more accurately calculate high school credits. Some of these issues will require assistance from a third-party to ensure comprehensive oversight. In a year, I will request an independent review to assess our progress. I am confident that we will demonstrate meaningful improvement.

Please know that you can report any concerns anonymously at any time through our Anonymous Compliance Hotline at 1-866-646-2512 or seek resolution to problems through the Office of the Ombudsman.

Our schools have great teachers, leaders and students. The audit report does not diminish the quality of instruction, accomplishments of our students or goals as a system. Together, we will continue working to improve educational outcomes for all children.

"Based on an initial review of the investigative report, Governor Hogan is extremely troubled by its findings. It clearly indicates that the Prince George’s County school system is failing to properly educate far too many students, and is actively betraying the community’s trust – willfully compromising students’ opportunity for future success. Every Maryland student deserves a first-class education, and the Hogan administration will continue to demand that they receive one."