Assault charges filed against PGCPS board chair after altercation

The charges come after a heated school board meeting Thursday night. 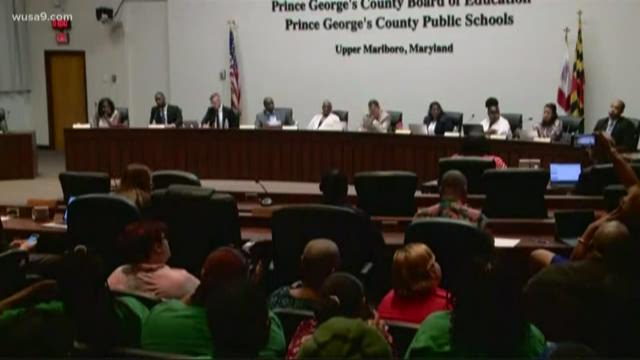 The charges come after a heated school board meeting Thursday night.

At the meeting, Burroughs called Eubanks "a weak negotiator" and called on him to step down. This after the board passed an $800,000 severance package for outgoing CEO Dr. Kevin Maxwell.

According to Burroughs, after the meeting, Eubanks asked Burroughs to meet him in the board's private meeting room. It was there Burroughs said Eubanks pinned him against the wall and said: "I am going to f-- you up."

Three school district police officers were in the room and pulled Eubanks off Burroughs and escorted him out of the building.

Both are expected to appear in court on Monday.

WUSA9 reached out to Eubanks. He has not returned our request for comment.

“Now that the Board of Education and Dr. Maxwell have reached an agreement on his departure, the County Executive is going to name an Interim Chief Executive Officer soon so that the school system has sufficient time to plan for seamless and successful start of the 2018-19 academic year.

The County Executive is aware of the alleged altercation between Board Member Burroughs and Board Chair Eubanks. He believes that, whatever happened, it is unfortunate that they did not address their disagreement in a more professional manner.”