Fire officials said the bulk of the fire was in the living room and kitchen of one of the apartments. 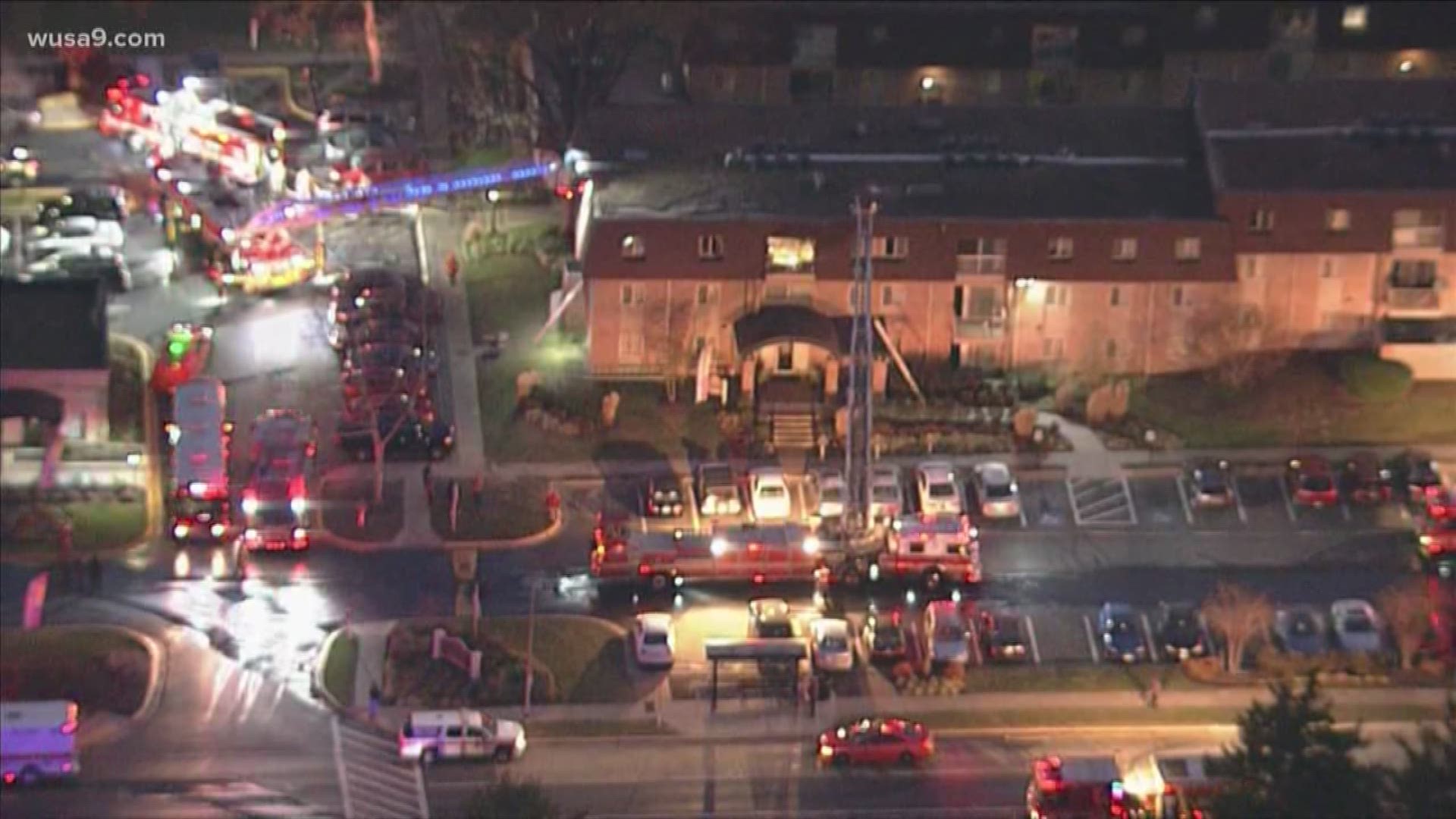 MONTGOMERY VILLAGE, Md. — Around 45 people are displaced and 10 are injured following an apartment fire in Montgomery Village.

Montgomery County Fire officials battled flames at a two-story residential apartment building that left 10 injured, including four kids. Officials were dispatched to Cider Mill Apartments in the 18000 block of Lost Knife Circle for an apartment fire around 5:30 a.m.

Fire officials assisted several residents and pets out of the building.

Two of the adults and two children were transported for smoke inhalation. One adult was transported with burn injuries. Red Cross is assisting the dozen residents that were displaced.