Police originally asking residents in the area of Hilltop Road and Blue Ridge Drive to shelter-in-place as they searched for the suspect. 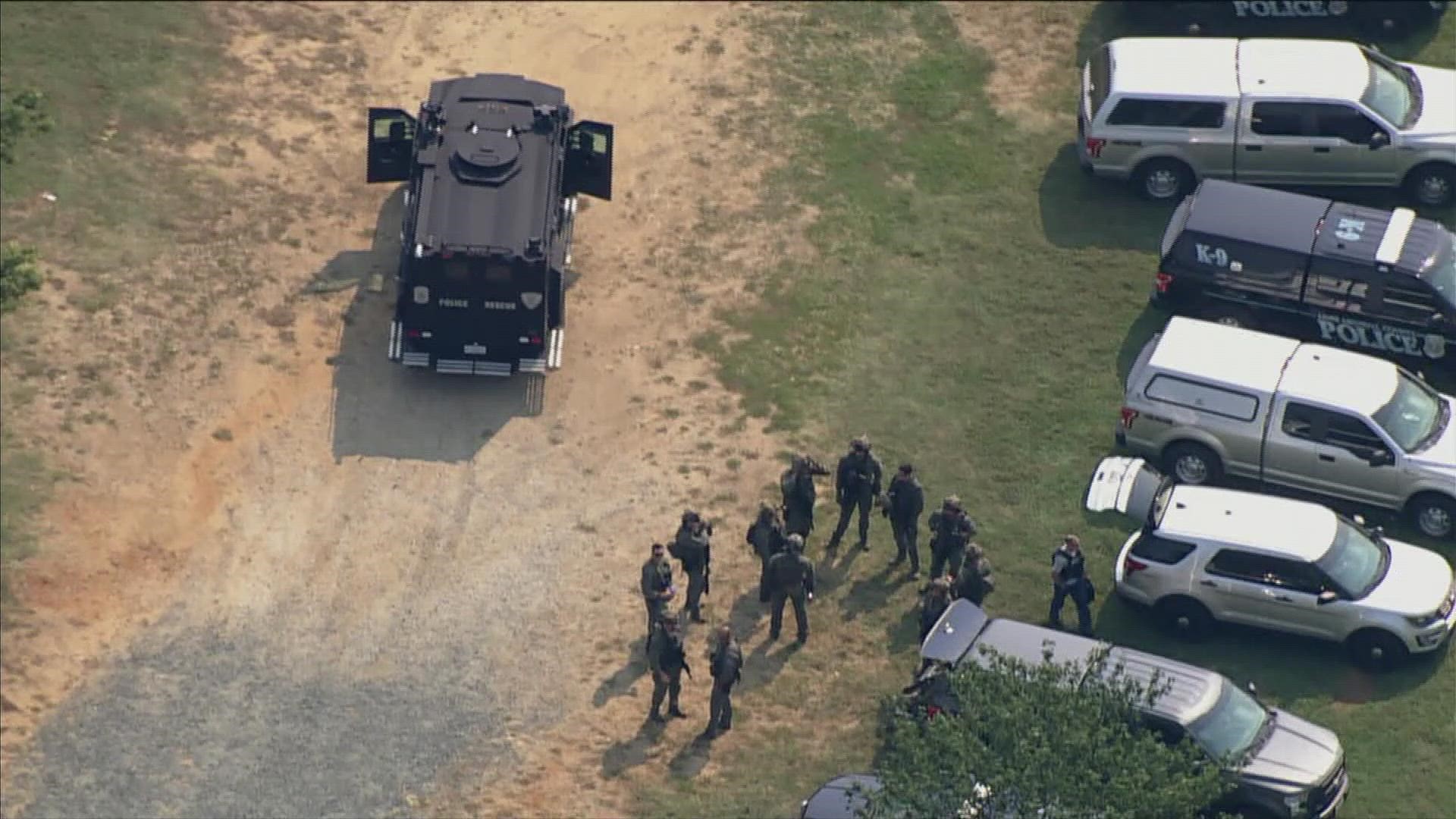 CAPE ST CLAIRE, Md. — An armed suspect believed to be 14 or 15 years old is on the run after an encounter with police in Cape St. Clair Monday morning, Lt. Jacklyn Davis of the Anne Arundel County Police Department said.

Officers were called to the area of Hilltop Road and Blue Ridge Drive after reports of an armed suspect. Davis said a witness told police that she was walking through the woods when she saw a white teen armed with a handgun. The witness said she asked the boy if he was a student, and he told her he was shooting small critters, Davis said. The woman immediately called 9-1-1 and officers were able to saturate the area.

When police arrived at the scene, one of the officers at the scene heard a "pop" sound and subsequently, the back windshield of the police cruiser he was in shattered, Davis said at a news conference Monday afternoon.

There are no reported injuries.

Thank you for your patience in and around the Cape! Detectives are still in the area sorting through the investigation. We want to thank the other outside agencies that responded to assist. https://t.co/HBXOpKc3M7

As of 11:20 a.m., the suspect still remains on the loose. Detectives believe they know where the armed teen is and said there was no threat to the public. Police are asking community members to stay vigilant and to use caution, but lifted a previous shelter in place order.

At this time, police have not released the identification of the armed teen in this case.

#ShotsFired #AvoidTheArea Officers responded to the area of Hilltop Road and Blue Ridge Drive for an armed subject in the area. When officers arrived one of their windows was shot. No injuries. Suspect is still at large. Please shelter in place. We will update ASAP.

This story is developing. WUSA9 will continue to provide the latest update as information becomes available.