Three people were hurt in a cutting incident, and two people were shot just blocks away. It's not clear whether the crimes are related. 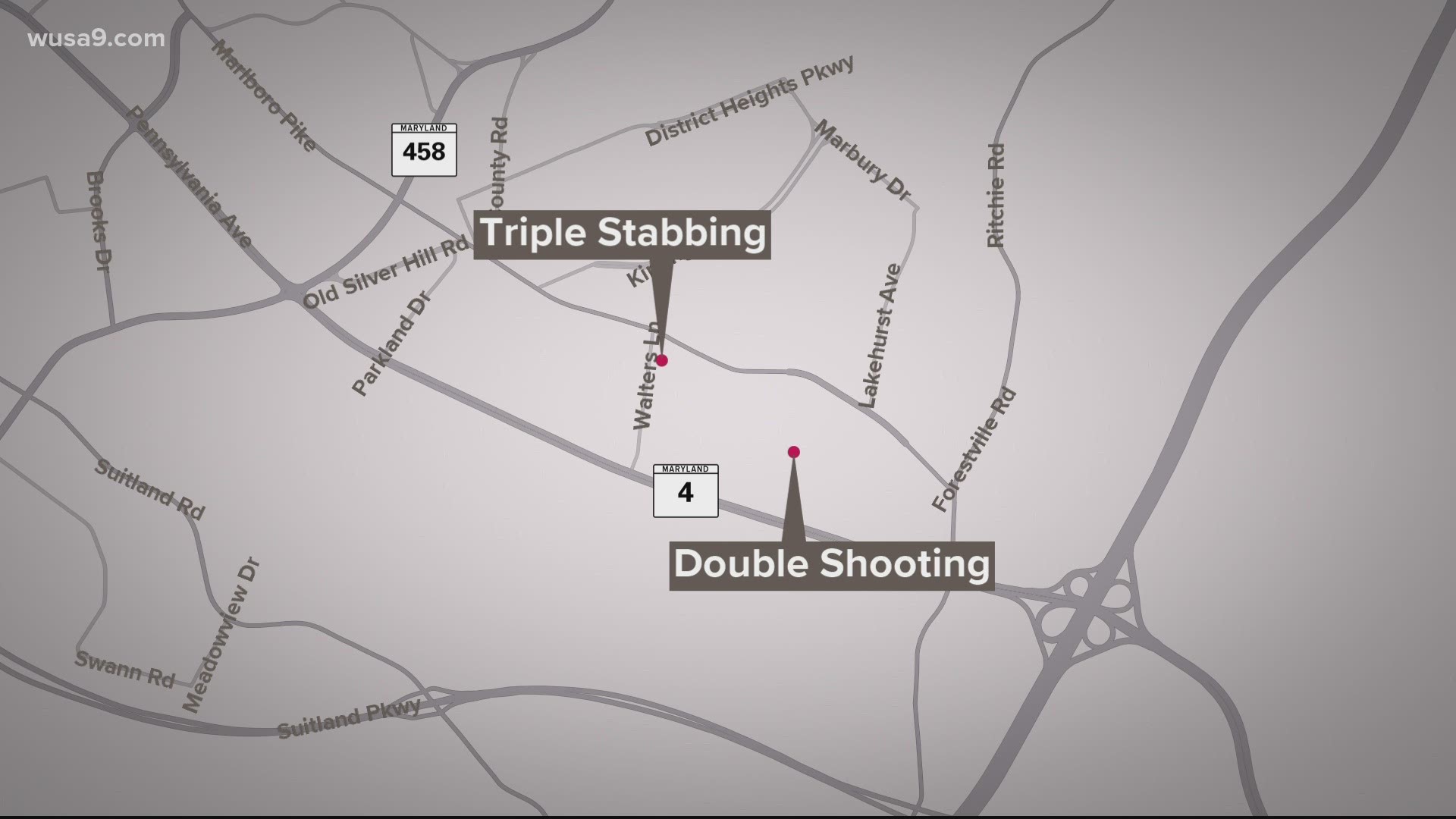 Prince George's Police Department officers responded to a call of a shooting in the 3400 block of Donnell Drive around 1:20 a.m. Friday. Officers found two people shot. They were both taken to the hospital in serious condition, according to police.

Further details about the victims have not yet been released, and no arrests have been made in this case.

Less than 30 minutes later, officers were called to the 2800 block of Xavier Lane in District Heights for a report of a cutting, just a few blocks away from the shooting scene. Once there, officers found three victims, who were taken to the hospital for treatment. Police say one victim was in serious condition.

No other details were released about these victims. No arrests have been made in this case either.

It's not clear whether the two crimes are related.

Police continue to investigate both incidents.