A 4-year-old was found walking alone, crying in Maryland. Then he helped police find his unconscious mom

The four-year-old is being honored with the Commander's Certificate of Appreciation after helping officers find his mom who was in medical distress. 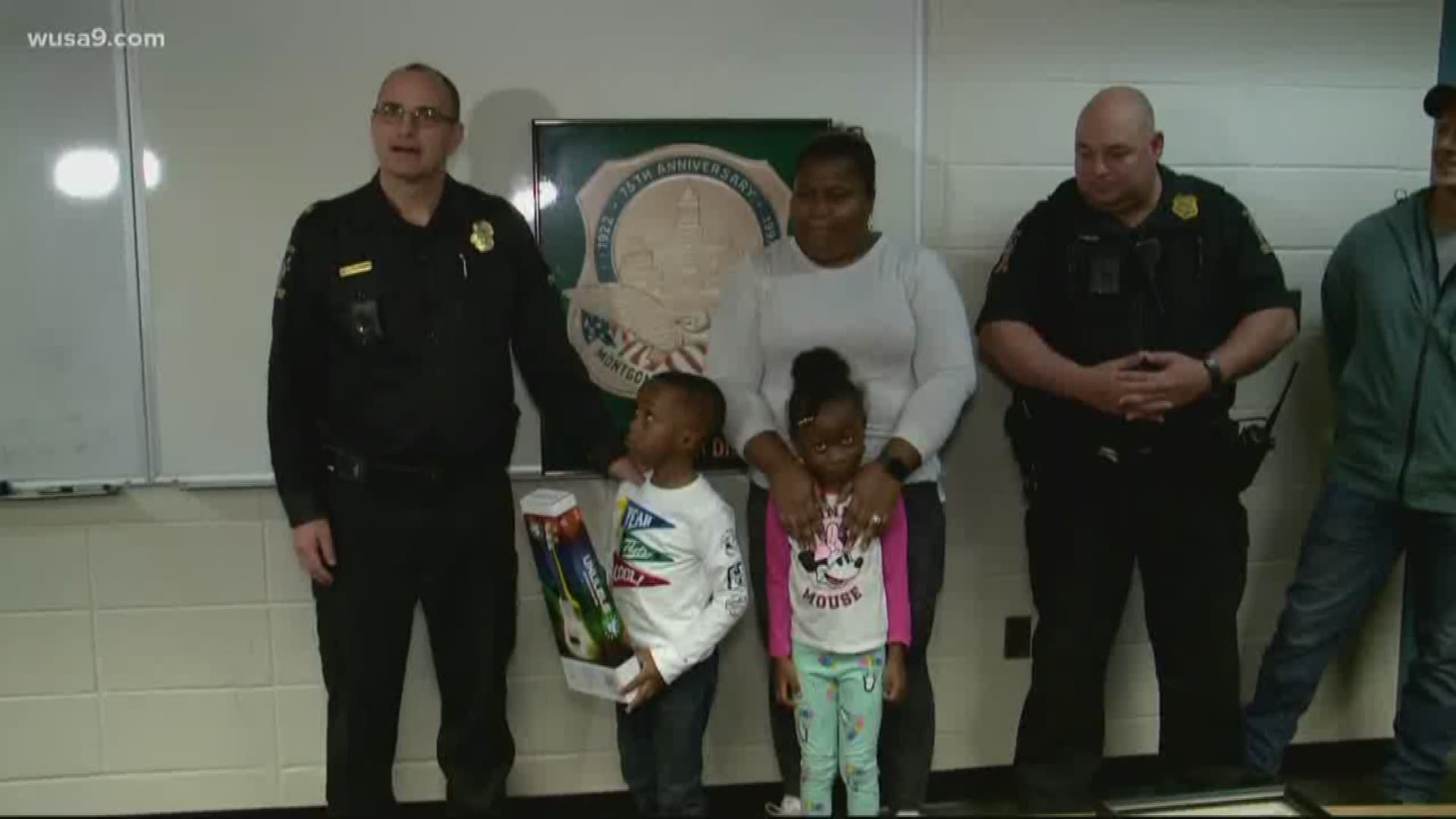 GERMANTOWN, Md. — On the afternoon of Dec. 20, 2019, a four-year-old boy was found walking alone and crying on Thunderhead Way in Germantown. Someone spotted the boy and called police, concerned for his safety.

When police got there and talked to the little boy, he was able to say his name and show officers where his house was on Thunderhead Way. But no one was at the boy's home. Officers tried to find a parent or guardian of the child.

During this search, the boy made statements to police that made officers believe his mom was experiencing a medical emergency and needed help.

Officers were able to find the boy's mom in a nearby school parking lot. She was unconscious.

Fire and Rescue personnel responded to the school and took the mother to a local hospital where she was treated. She's OK, and the four-year-old is being honored with the Commander's Certificate of Appreciation.

He's being recognized for his efforts of help officers find his mom when she needed medical attention.

RELATED: Baby girl born without a pulse reunites with DC officials who saved her life

In December, a baby girl born without a pulse was reunited with officers who helped save her life.

ZaNiyah was born in March in the middle of Minnesota Avenue, but she wasn't breathing. Members of the D.C. Fire and EMS Department were close by, and were flagged down to help with the delivery of the baby girl.

"We had literally just left an appointment, a sonogram appointment, and they didn't say anything was wrong, so for me to go into labor a few hours later ... it had me worried," Cierra Duckett, ZaNiyah's mom, said.

She was born without a pulse, but D.C.'s Bravest helped her take her first breath. Officials helped ZaNiyah the entire way to the hospital, trying to keep her alive.

"We had hope and we had faith," Duckett said. "And she was fighting, she really fought for her life."

On Christmas Eve, ZaNiyah, her mother Cierra Duckett, and other family members are reuniting with the officials that saved her life. They're celebrating the efforts of D.C.'s Bravest, and the strength ZaNiyah had back in March as she fought for her life.

D.C. Fire and EMS said members of D.C.'s Bravest received "Cardiac Care Save Coins" from ZaNiyah's mother for their lifesaving efforts. Duckett said she will never forget that day and will continue to tell ZaNiyah how she was born.

"She was a miracle," Duckett said. "She was saved."

RELATED: Baby 'Princess' reunites with firefighters who helped bring her into the world