The fire happened around 2 a.m. at a home located on the 2400 block of Iverson Street in Hillcrest Heights. 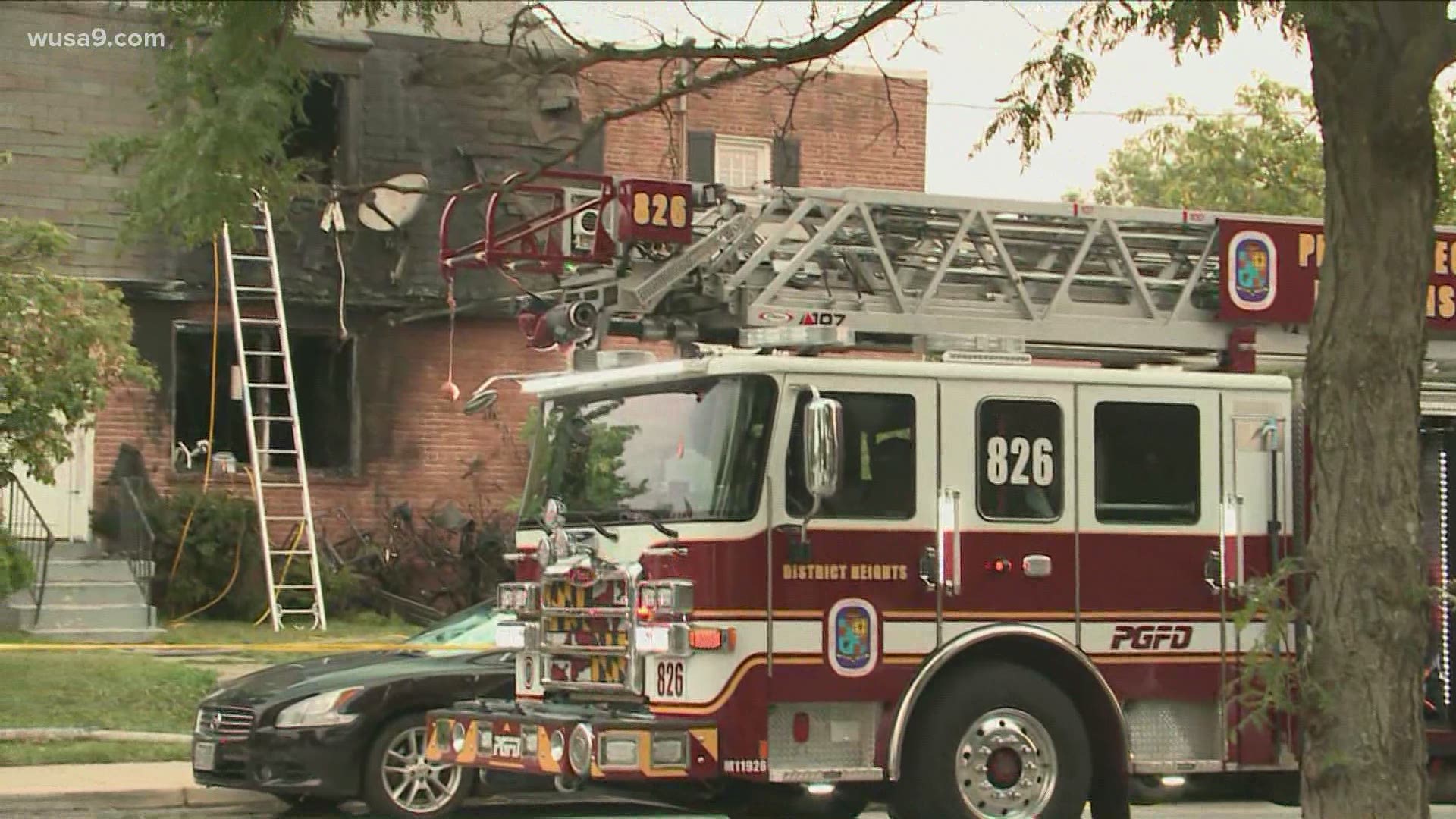 The fire happened around 2 a.m. at a home located on the 2400 block of Iverson Street in Hillcrest Heights, the fire department said. A call came in reporting a fire with several people trapped.

When crews arrived at the scene, they noticed flames showing from the two-story home. Donelan said that three people -- two adults and one child -- fled out of the home. She said two additional children were pulled from the home and died at the hospital. Firefighters found a third child dead inside the home after they put out the fire.

Donelan said one man who escaped himself is fighting for his life, and one firefighter was taken to the hospital with some minor burns.

"Oh my God. Oh my God!" screamed a relative after learning the kids had been killed as police and firefighters tried to comfort her.

Luis Fernando, who lives next door, said he and his daughter woke from a deep sleep to the sound of sirens. But he said he never heard a smoke detector or a fire alarm.

In the afternoon, a mother walked up to the scene with her son and left a bouquet of carnations.

"They're in heaven," she told her son, hugging him close.

A woman just brought a bouquet of carnations to the Prince George’s home where 3 children died in a fire. “They’re in heaven,” she told her son as she held him close. @wusa9 pic.twitter.com/9hzy8QW78b

Prince George's County Office of Emergency Services is working to assist the two adults and child that escaped from the blazing home, officials said.

At this time, it is unknown what caused the fire. Crews were able to knock out the flames about an hour after arrival and rescues.

The identity of the victims has not yet been released. There were a total of six people in the home at the time of the fire, Donelan said.

Fire investigators and Prince George's County detectives are investigating the fire. But Donelan said there are no signs at this point to indicate arson.

Before work crews boarded up the home, a lot of damage in the kitchen was clearly visible from outside. The kitchen is right next to both the front and back doors of the small townhouse.

Fernando said one of the little girls who lived in the house would come out that back door to play with his daughter.

"I don't know what happened, but I feel a lot of pain," he said.

1 / 4
PGFD, Twitter
Firefighters are at the scene of a house in Hillcrest after a fire led to the death of several children Monday morning.