Suitland Parkway remained closed at 2 p.m. on Tuesday afternoon as investigators scoured both sides of the closed roadway documenting evidence, including dozens of shell casings on the ground. 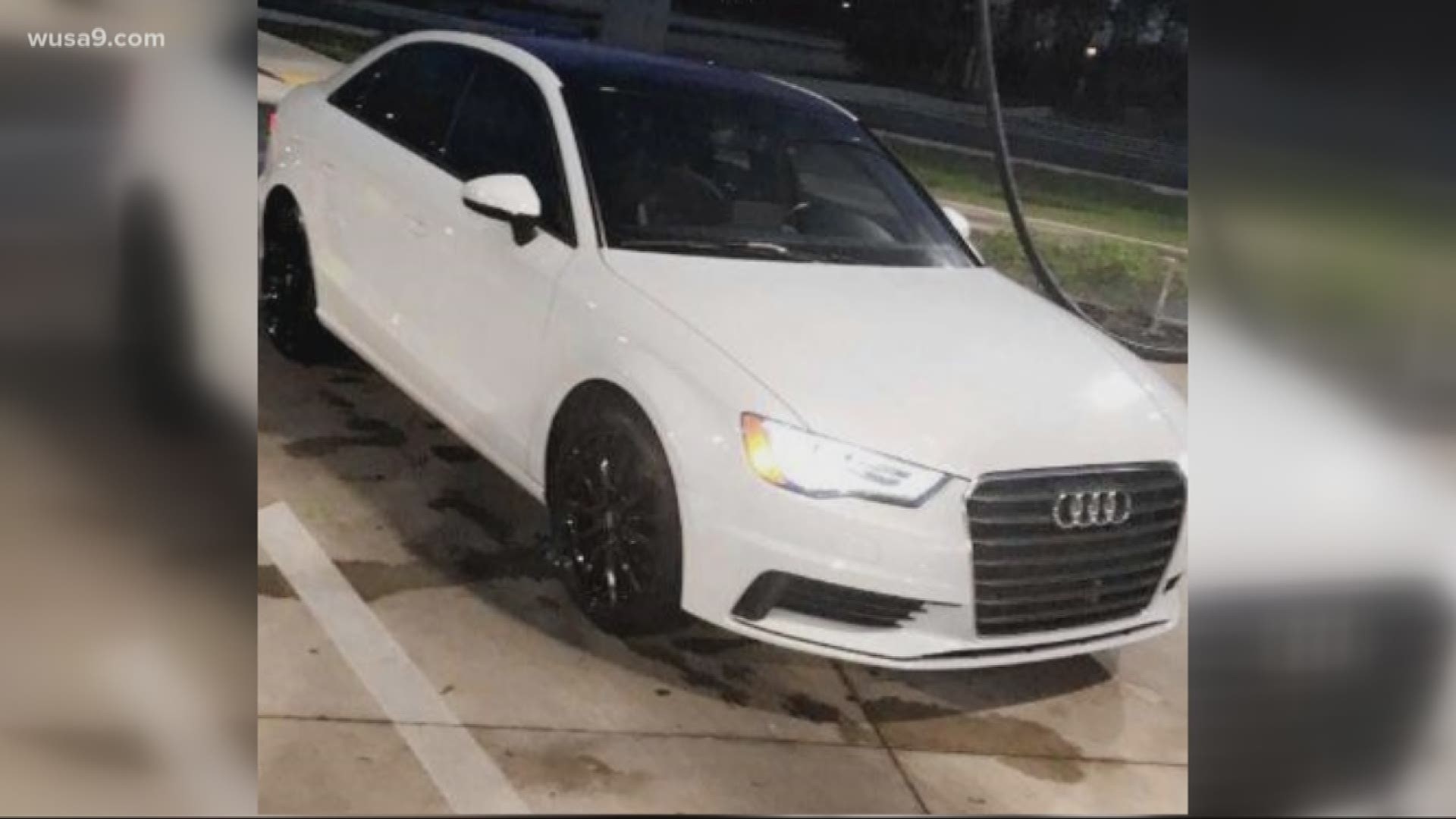 SUITLAND, Md. -- A man is dead and bystanders in at least four cars ducked as dozens of rounds were fired in a bizarre rolling shootout incident on Suitland Parkway on Tuesday morning.

23-year-old Jerome Robinson of Southeast, D.C. died of his injuries at Prince George's Hospital Center at 10:07 a.m. following the shooting.

U.S. Park Police say the incident is now being investigated as a homicide and that they're looking for a white vehicle. They say the occupants of the vehicle have an assault rifle.

According to US Park Police spokesman Sgt. James Dingeldein, the conflict appeared to be between groups people in two separate vehicles and began on Old Silver Hill Road at about 9:15 a.m.

The cars, possibly exchanging gunfire with each other, turned onto the eastbound side of Suitland Parkway, where an injured man clutching a pistol jumped out of one of the cars and tried to run across the Parkway.

Suspects in a car that was pursuing the victim appear to have made a U-turn on the median and passed by the victim while someone in the car fired at him repeatedly, according to witnesses who did not want to be identified by WUSA9.

One woman described an attacker hanging out of the passenger side window of the passing vehicle firing what appeared to her to be "a machine gun."

The witness said the gunman's car was a mid-sized sedan that was either white or silver.

The witnesses said at least two bystanders who saw the shooting were out of their cars, apparently to render aid to the wounded man when the shooter's car passed by.

They were not injured, but a bullet hole could be seen in the window of at least one bystander's car.

The gun the victim was carrying has been recovered by police, according to Dingeldein.

Credit: Broom, Scott
A bullet hole can be seen in the window of a bystander's vehicle. No bystanders were injured.

Suitland Parkway remained closed at 2 p.m. on Tuesday afternoon as investigators scoured both sides of the closed roadway documenting evidence, including dozens of shell casings on the ground.