Three were in critical condition, and the others, including the driver, were in stable condition, officials say. 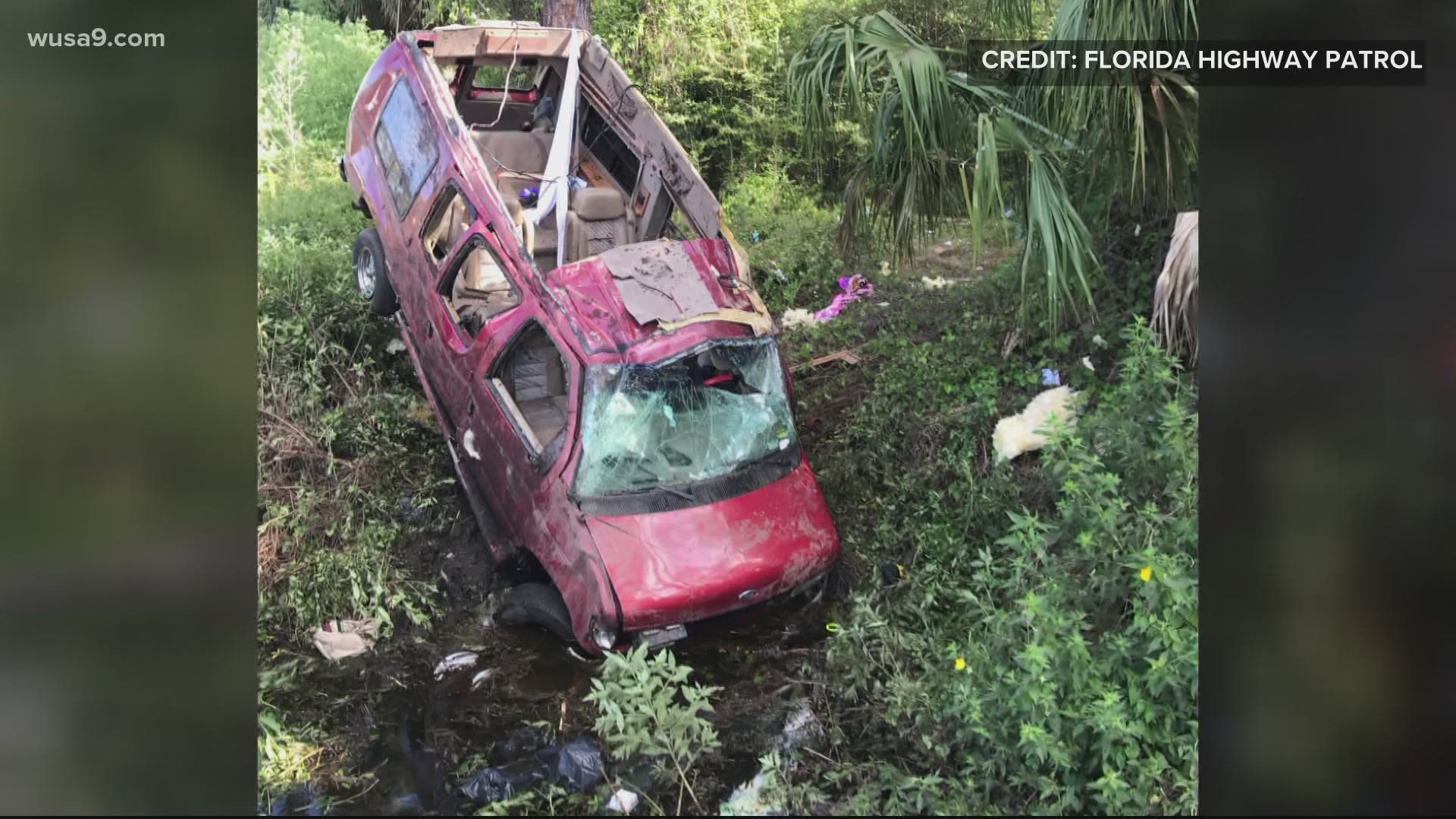 ORMOND BEACH, Fla — A van carrying vacationers returning to Maryland crashed on Interstate 95 in central Florida, killing three of the 11 onboard, authorities said.

The van crashed early Sunday near Ormond Beach when it apparently drifted off the road, Montes said. The driver then overcorrected and the van rolled on the road and ended up in a ditch. The impact ripped open the van’s roof, ejecting multiple occupants, who were family and friends returning home from a trip to Orlando.

Investigators found a puppy in the bushes near the van.

”(Troopers) said the pup was so happy when they found it,” Montes told The Daytona Beach News-Journal. “It was reunited with its owner.”

Montes said investigators believe some passengers were sleeping in the rear of the van. She added that troopers were still trying to determine whether anyone besides the driver were wearing seat belts.

She said there was not a car seat for the 4-year-old.

The agency did not release the names of the victims.