The children were identified as 7-year-old Joshlyn Johnson and 5-year-old Larry O'Neil. The kids' 33-year-aunt has been arrested and charged in their death. 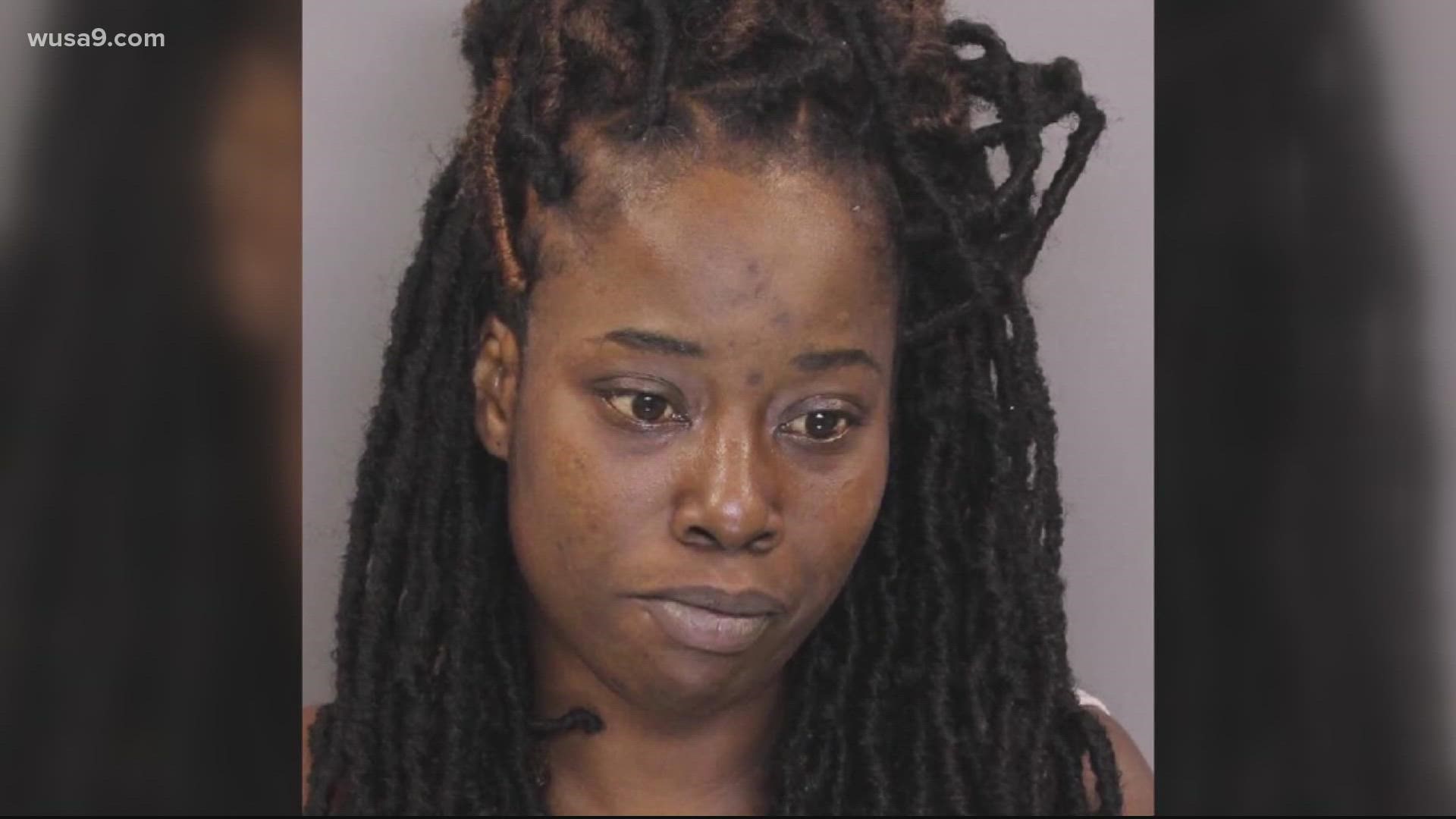 ESSEX, Md. — A 33-year-old Maryland woman with temporary custody of her young niece and nephew has been charged with child abuse that resulted in their deaths after officers found their severely malnourished bodies stuffed in the trunk of her car, according to charging documents.

A Friday police statement said the two dead children are siblings and Nicole Johnson, 33, was their aunt. They identified the youngsters as Joshlyn Johnson, 7, and Larry O’Neil, 5. A statement of probable cause said the severely decomposed body of the girl was found to weigh just 18 pounds. The boy was only 21 pounds at the time of his autopsy.

Doctors reported it "would have taken several months of malnourishment to attain these weights," according to the charging documents.

Johnson faces numerous charges, including neglect and first-degree child abuse that resulted in the deaths of children under the age of 13. No attorney was listed in court documents to comment on her behalf.

Specifics of the case outlined in a statement of probable cause are chilling. Law enforcers stopped Johnson's speeding car just after 11 p.m. Wednesday on a major thoroughfare in the town of Essex, police said. They allege that the 2008 Ford Focus had fake temporary tags and was found to be unregistered and uninsured. When an officer told Johnson that she had to report to court within five days for the various infractions, she reportedly told them she wouldn't be around and they would see her making her “big debut” on the news.

When she was told her car would be towed and she could remove any personal belongings, she then removed a tote bag and something wrapped in a trash bag from the trunk. The officer reported smelling a powerful stench.

When the officer saw maggots in the trash bag and discovered the decomposing body of a young child, Johnson allegedly attempted to run away. She was swiftly caught and detectives say they found the other child's body in a tote bag.

According to the charging documents, she initially told officers she had no idea the bodies of her niece and nephew were in the trunk. She thought the stench was from a “rat in the engine,” officers wrote. She later told investigators that she was staying at a motel when she hit the girl. The child hit her head, and Johnson put the body in a suitcase and carried it around in the car “for many months,” the charging documents state.

Some two months ago, according to the charging documents, the other child was “tired,” went to lie down in the car and never woke up. Police allege Johnson then put his body in a tote bag and stuffed him in the trunk next to the body of his dead sister.

Investigators say the children's biological mother, Dachelle Johnson, told detectives that she left her youngsters in her sister's care because she was unable to care for them. The transfer of the children occurred at some point after the mother moved from Ohio to Maryland in July 2019.

“We will continue to provide every resource to support our Department’s ongoing investigation into this devastating case,” Olszewski said.

RELATED: Elevators inside vacation rentals can crush children, according to federal regulators