2 men hospitalized after falling from second-story balcony in Clarksburg

Those who were injured are both clients housed in a therapeutic home operated by a behavioral health system. 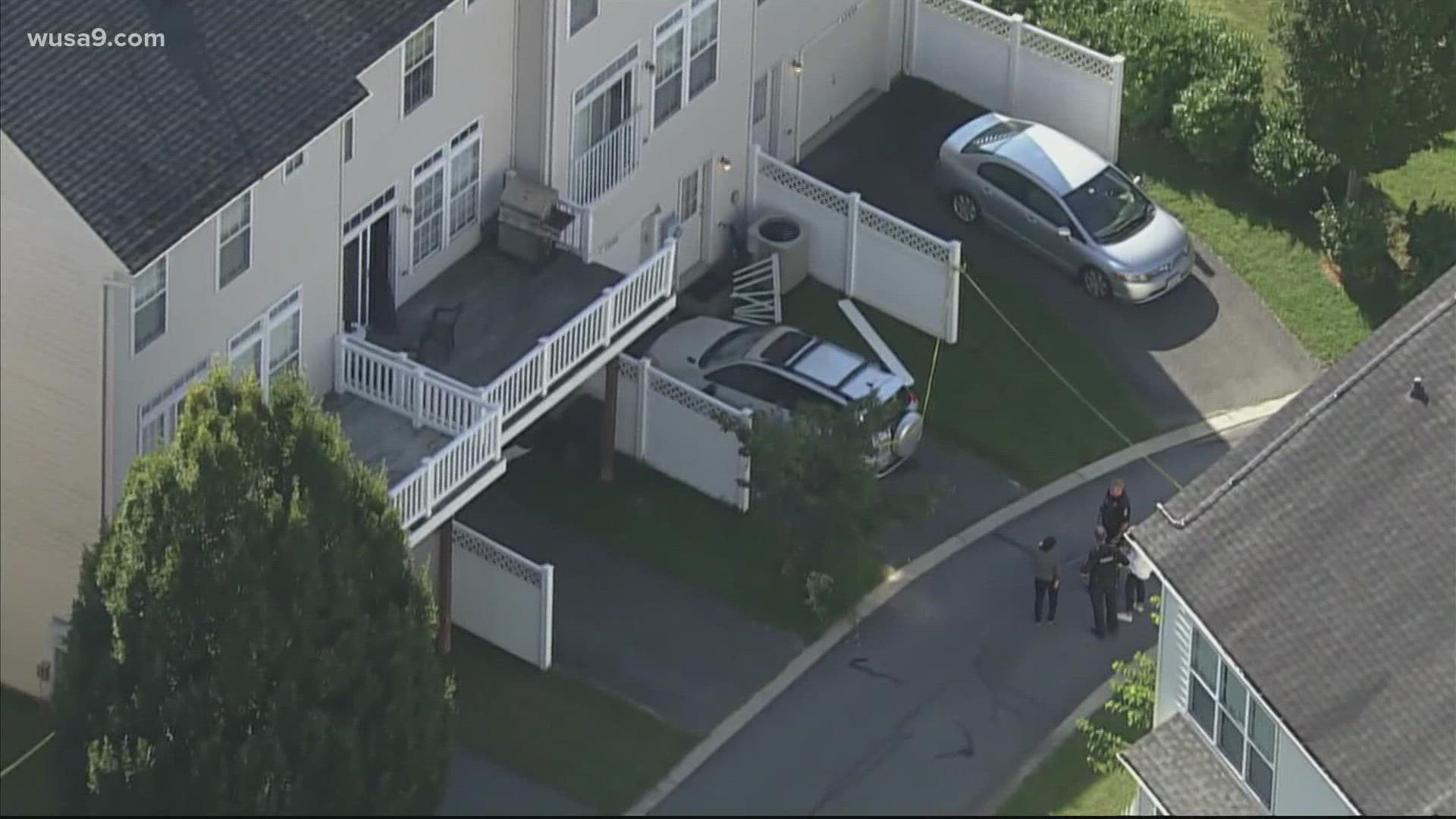 CLARKSBURG, Md. — Two men were hospitalized with life-threatening injuries after falling from a second-story balcony in Clarksburg, Maryland Monday morning. Police have not filed any charges yet, as they continue to investigate whether any crime occurred.

The fall happened around 8 a.m. on Cypress Spring Road, according to Montgomery County Fire and Rescue spokesperson, Jason Blake. As the men fell, they took a section of railing with them to the ground. Both men were evaluated for critical injuries; one was flown by a medevac helicopter to a trauma center for his injuries while the other was taken in an ambulance.

The property is a residential home for people with mental health challenges, according to a spokesman for the Sheppard-Pratt health system, which owns and operates the home through its affiliate Family Services Inc. Three men live in the home, according to Montgomery County Police spokesperson Sheira Goff.

Neighbors said they heard what sounded like fighting before the two men fell.

“There was some yelling and some commotion going on next door, like some banging sound, like there was a kind of a fight," neighbor Noah Lee said. “My mother was also at home at the time. She said she heard a lot of yelling and swearing and she saw someone running in and out, yelling."

Goff said the injured men were 38 and 42 years old, but their identities have not been released. She said no caregiver was on site when the incident occurred.

"We are saddened to learn about events that took place at one of our residential homes this morning," Sheppard-Pratt health system said in a statement. "We are cooperating fully with any investigation. Sheppard Pratt owns and operates a variety of residential programs in communities across the state. With decades of experience providing therapeutic support for individuals with mental health needs, we help people live their best life and do so while minimizing stigma."

MSP Aviation transporting one victim from a fall in Clarksburg. @mcfrsPIO https://t.co/VHkG2oVYMn pic.twitter.com/7DoN7E42oT

Here's a look at the scene early Monday morning. Investigators were on scene working to figure out exactly what happened.

RELATED: Loved ones personalize 660,000 white flags planted on National Mall in honor of those who have died of COVID-19

RELATED: Here's the new digital way to show proof of vaccination in Virginia

RELATED: ‘You will get caught’ | Police in Virginia on the lookout for those driving while high