The crash happened around 1 a.m. in Beltsville, Maryland. 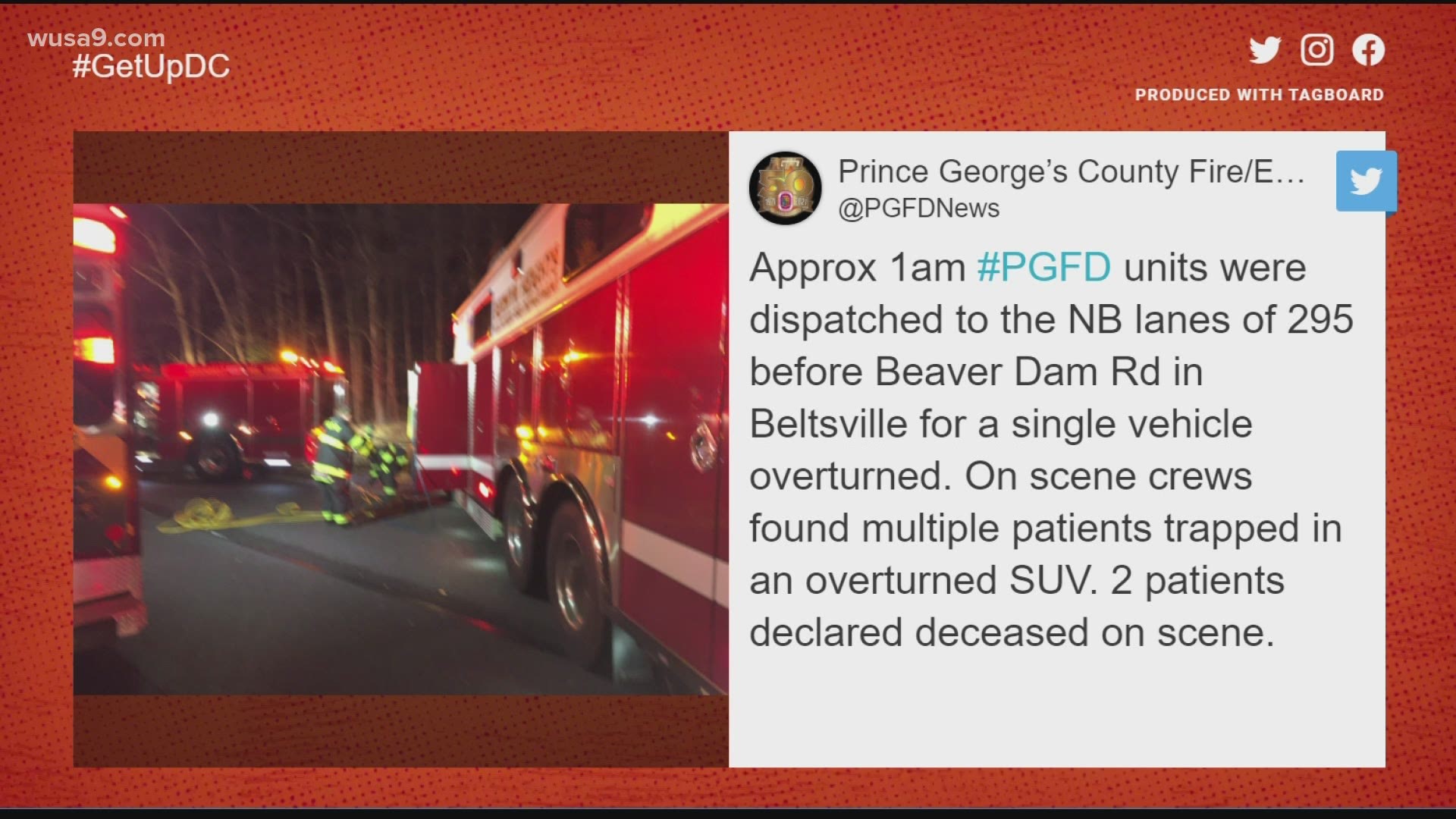 BELTSVILLE, Md. — A crash in which an SUV overturned has left two people dead and two others seriously injured early Monday.

Prince George's County Fire and EMS said in a tweet Monday that the crash happened around 1 a.m. on northbound BW Parkway (Highway 295) just before Beaver Dam Road in Beltsville, Maryland.

No one involved in the crash has yet been identified by police.

The roadway was blocked on Greenbelt Road (Route 193) for the investigation, according to U.S. Park Police. As of 6 a.m., the parkway has since reopened.

Additional details were not immediately available. We are working to confirm more information.

Approx 1am #PGFD units were dispatched to the NB lanes of 295 before Beaver Dam Rd in Beltsville for a single vehicle overturned. On scene crews found multiple patients trapped in an overturned SUV. 2 patients declared deceased on scene. pic.twitter.com/LfRUWqYfl3

This is a developing story. Stay with WUSA9 for the latest updates as they come in to our newsroom.