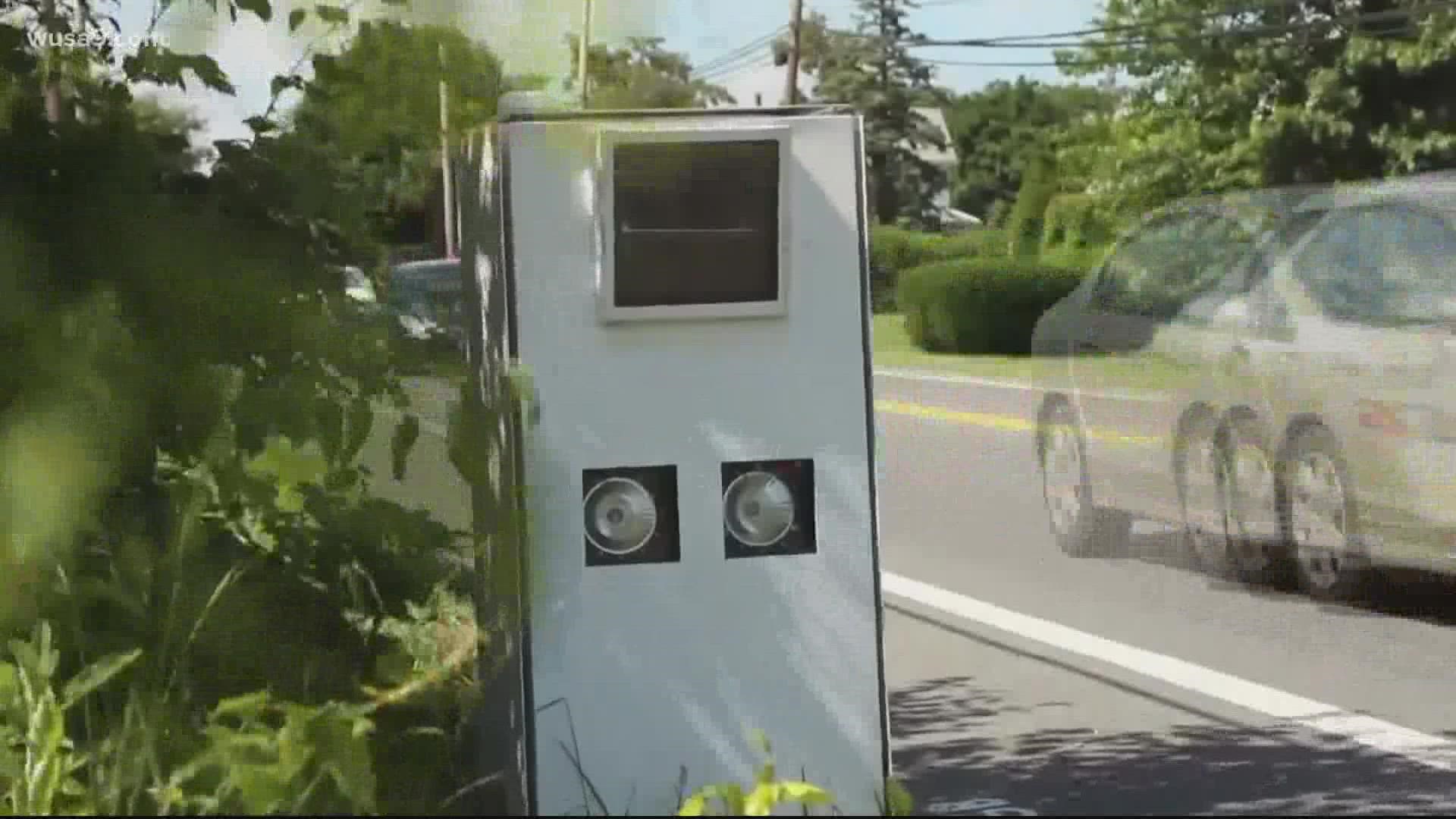 WASHINGTON — Is D.C. leaving money on the table? If you're on the road, you've seen those city traffic cams. According to the Mayor’s office, $44 million have been collected so far in outstanding fines thanks to the Ticket Amnesty Program. But there's a lot of money still uncollected, money some drivers may never have to pay back.

So, is it true that Maryland and Virginia drivers won’t face penalties in their state for unpaid D.C. camera tickets?

Our sources were the D.C. Council, the Reciprocity Report Mayor Muriel Bowser submitted to the council in early October and the office of the Deputy Mayor for Operations and Infrastructure.

According to the Reciprocity report, the city’s Vision Zero law authorizes the Mayor to negotiate an exchange deal with Maryland and Virginia: Their drivers pay outstanding D.C. camera tickets or get their license suspended.

In the report, Mayor Bowser said both Governor’s turned down her offer “based on the determination that such agreement would negatively impact the customer service of their motor vehicle operations.” But Virginia Governor Ralph Northam says he hasn’t heard from the Mayor’s office. A spokesperson from the governor's office said, “we would certainly be open to working with them on a variety of traffic-related issues.”

D.C. Councilmember Mary Cheh sits on the Transportation and Environment Committee. She sent WUSA9 a statement saying, “Regional reciprocity agreements have the potential to be our best tool in holding dangerous drivers accountable. So far, the Executive's effort to engage our neighboring jurisdictions has been wholly insufficient.”

Now, Deputy Mayor Lucinda Babers said the Metropolitan Washington Council of Governments will hold talks with all 3 jurisdictions in the coming weeks, "so we all can negotiate a successful path forward on ticket reciprocity."

So, we can VERIFY - it's true: Right now, Maryland and Virginia drivers do not face penalties in their state for unpaid D.C. camera tickets.

RELATED: Here's where there are new traffic cameras in DC