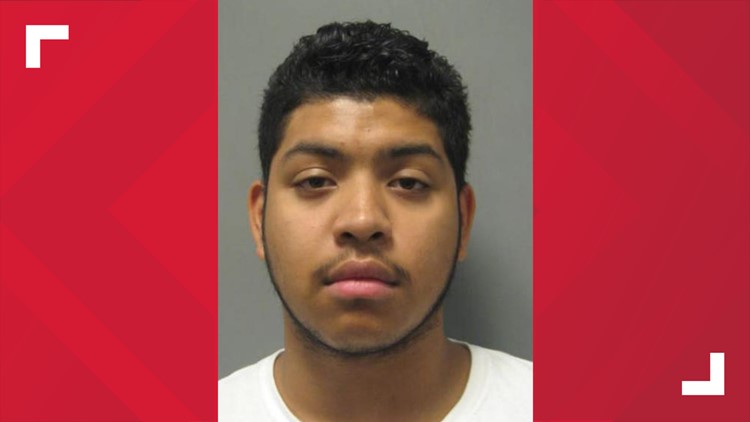 A 21-year-old man who sexually abused a 17-year-old girl while she was having dental surgery has been sentenced to prison.

Rivas-Chang was sentenced to 25 years in prison, with all but seven of those years suspended, Ramón Korionoff, the public affairs director for the Montgomery County State's Attorney's Office said.

Officials said an investigation began on Sept. 1. The victim, a Montgomery County Resident, disclosed that she was having all four of her wisdom teeth removed Sept. 1 at Maryland Oral Surgery Associates at 1300 Spring Street Suite 350 in Silver Spring.

She said she was prepped for surgery by a female employee, and at some point fell asleep during the procedure.

The victim said she was too dizzy to move her head or open her eyes, and couldn't move. According to the court documents, the victim said a person touched her thigh over her clothing, and touched her genitalia.

She said she was weak at the time and unable to push him away. Eventually the victim said she opened her eyes but her vision was too blurry to see the person's face.

According to the documents, Rivas-Chang then told the victim that she needed to get up, and a doctor entered the room and asked how she was doing. Rivas-Chang told the doctor she was fine but couldn't walk.

Rivas-Chang then asked the victim if she had any "crazy dreams," and told her that patients usually do.

According to the documents, Rivas-Chang then told the victim that she was "completely out of it," and tried to get her out of bed. Documents aid Rivas-Chang asked the victim while she was crying, and she shook her head. He then walked out of the room to get the victim's mother.

The victim said when she initially opened her eyes, her vision was blurry but she could see scrubs. When she opened them later while still in the room, she said she could see Rivas-Chang's face. Staff members identified the suspect, and referred to him as "Alex," and said he was assisting in the room at the time the victim came in for surgery.

Court documents show that a "Dr. Darwood" performed the surgery, and identified Rivas-Chang a assisting with the surgery, along with another employee.

Darwood said the victim was given local anesthesia, and was also numbed with lidocaine. Documents said officials took a DNA swab from Rivas-Chang at his home, and he identified himself at that time.

RELATED: Virginia man charged with raping woman in the backseat of his car