People posted videos on Facebook. They show the moments after someone hit a man with a car. He was critically hurt. Bashirah Tripp, 34, is facing an assault charge 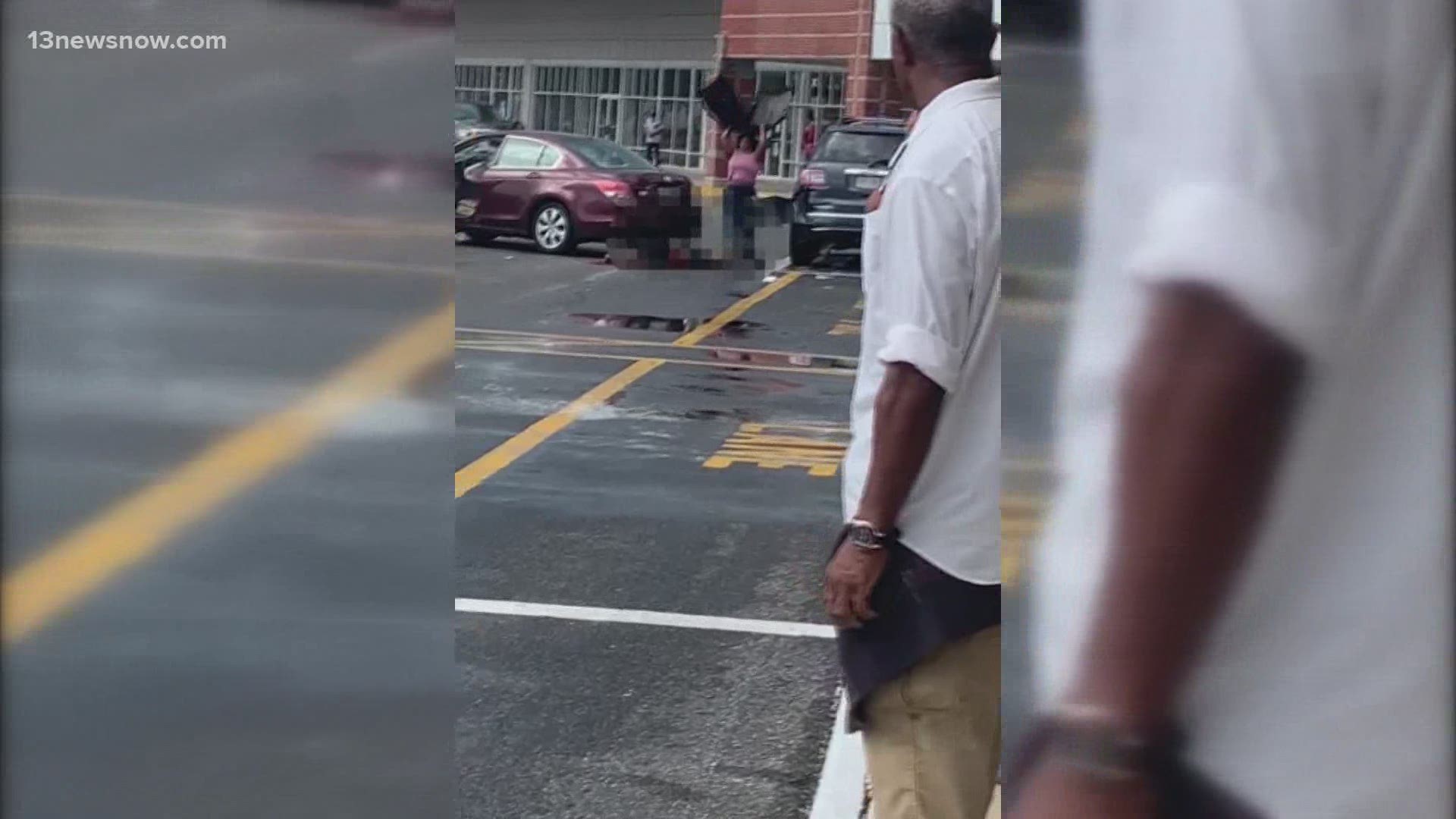 Emergency dispatchers received a call about it around 3:45 p.m. It was in the 5900 block of E. Virginia Beach Blvd.

A number of people posted and shared videos of the aftermath on Facebook. The videos show the man motionless on the ground at JANAF Shopping Center.

On Friday morning, Norfolk police said they had arrested and charged Bashirah S. Tripp, 34, with Aggravated Assault in the case. She's from Portsmouth.

They said when they got to the scene, a man was laying on the ground with life-threatening injuries, after being hit by a car. He was taken to Sentara Norfolk General Hospital, and as of 11 a.m. Friday, was still in critical condition.

People shooting the videos provided a narrative of what they saw prior to the start of their recordings. They said a woman ran the man down with a car.

In some of the videos a woman can be seen shouting at the man, telling him how many years she gave him, and cursing. You can see her spit on the man while he's on the ground. At one point, she picks up the entire dislodged bumper of a vehicle and throws in on top of him.

People tell us it happened right in front of the Furniture Mart. They said as the woman ran down a man with her car, she hit two other cars in the process.

“I immediately see his body fly in the air,” Davis said. “First time I’ve seen anything like that in my life. I was just devastated.”

He started recording the aftermath.

Someone who works in the JANAF Shopping Center, but didn’t want to be identified, said she first thought it was an accident.

“And then when I saw that the woman threw the bumper on top of a body that wasn’t even moving, face down and he was bleeding so profusely, I just know there was something else going on,” they said.

Kayla Schweers was working at the dental office two stores down. She said Tripp clearly was enraged.

“She threw the bumper, spit on him,” Schweers said. “She was yelling at him, 'This is what you deserve,' everything.”

Those who saw it, can’t shake the images.

“It was very traumatic and made me open up my eyes to everything,” Davis said. “You never know when something crazy could happen.”

Tripp is being held in the Norfolk City Jail with no bond.

#NorfolkPD are currently investigating a domestic assault in the 5900 block of E. Virginia Beach Boulevard. A man was transported to the hospital with life-threatening injuries. A woman was taken into custody at the scene. Call came in around 3:45 p.m. pic.twitter.com/84MnXU7051