Lowering speed limits on I-95 in Virginia to address congestion, crashes

Variable speed limits between 35 mph and 70 mph will be displayed. Those speed limits will change based on real-time information about delays and road conditions. 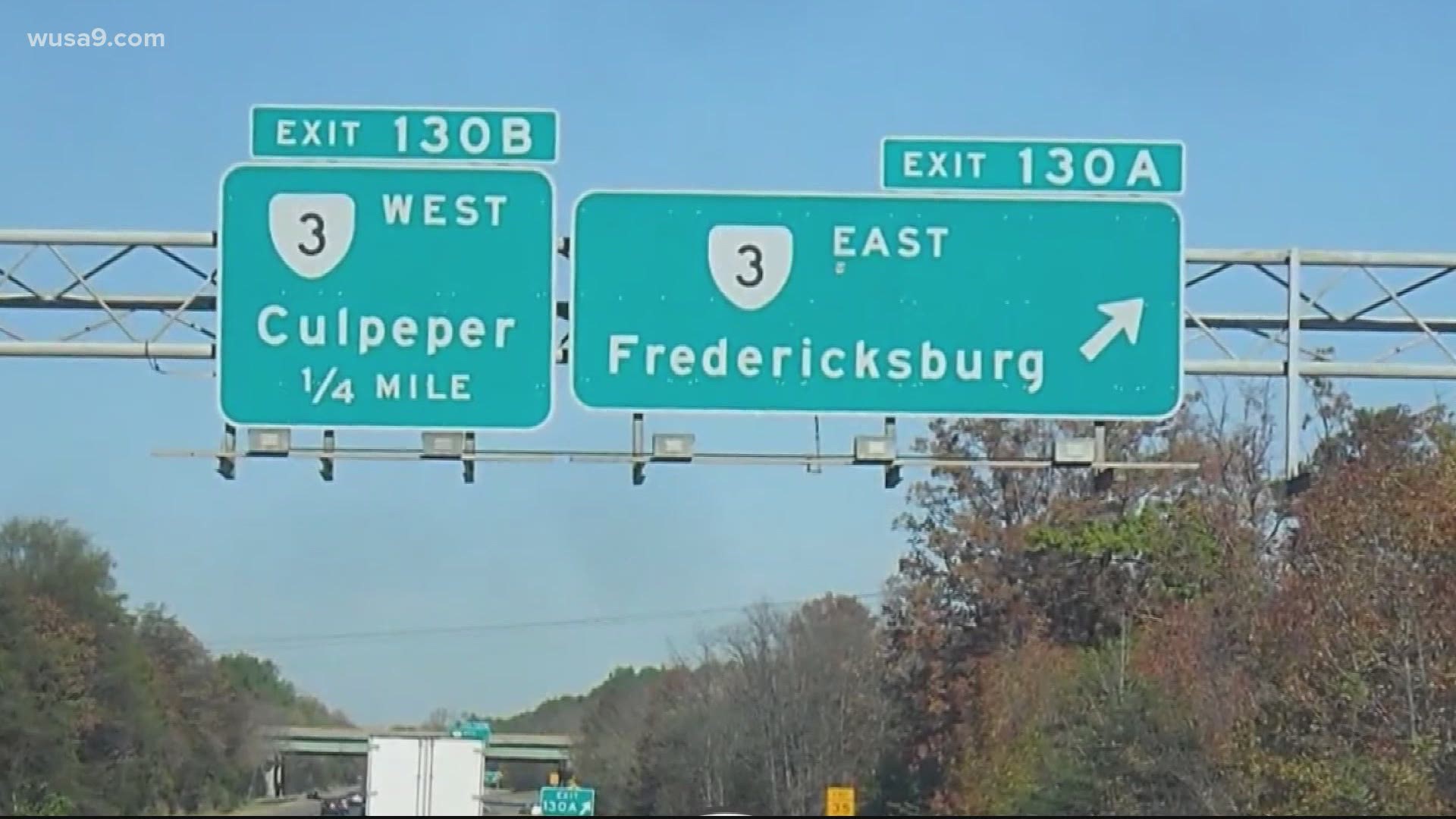 FREDERICKSBURG, Va. — The Virginia Department of Transportation will break ground in May on a project to enhance safety in the Interstate 95 northbound corridor.

The area between mile markers 115 and 130 in Caroline and Spotsylvania counties is no smooth ride. Drivers deal with crashes and congestion on a daily basis.

Crashes in that area happen when northbound vehicles travel at a speed too high when they encounter stopped or slowing traffic because of lane closures and highway work zones, according to VDOT. That's where variable speed limits can help.

Here's how VDOT explains it: If you put rice through a funnel too quickly, like traffic, it clogs. If traffic is brought in much slower, the rice, and traffic gets through much faster.

RELATED: New traffic pattern in Stafford County will have you driving on the 'wrong' side of the road

"If people can comply with the speed limits and hit the breaks and slow down a little bit, they’re going to find that they’re going to get through this corridor a lot quicker and be much less frustrated about travel in that area and it’s a win-win for everybody," said Mena Lockhart, VDOT Assistant State Traffic Engineer.

Speed limits will only be reduced when necessary. Vehicle detectors will pick up traffic speed and volume data, which will factor into the changing lower speeds. Once traffic flow is back to normal, the posted speed limit will return to the maximum speed allowed. The variable speed limit signs can also be manually changed by VDOT's Traffic Operations Center to create safer conditions in work zones and weather events.

RELATED: Here's why slug lines may be the solution to easing traffic congestion on I-66

Variable speed limits are part of the I-95 Corridor Improvement Plan. The project comes with a $10.6 million price tag. Construction starts in May and the signs are expected to be up and running by the Fall. If the variable speed limits are successful in Spotsylvania, the goal is to bring the technique to other areas in Virginia.