Rumored Snapchat threat made toward Loudoun County schools 'not credible'

Authorities announced Wednesday the threats made towards schools in Loudoun County are not credible. 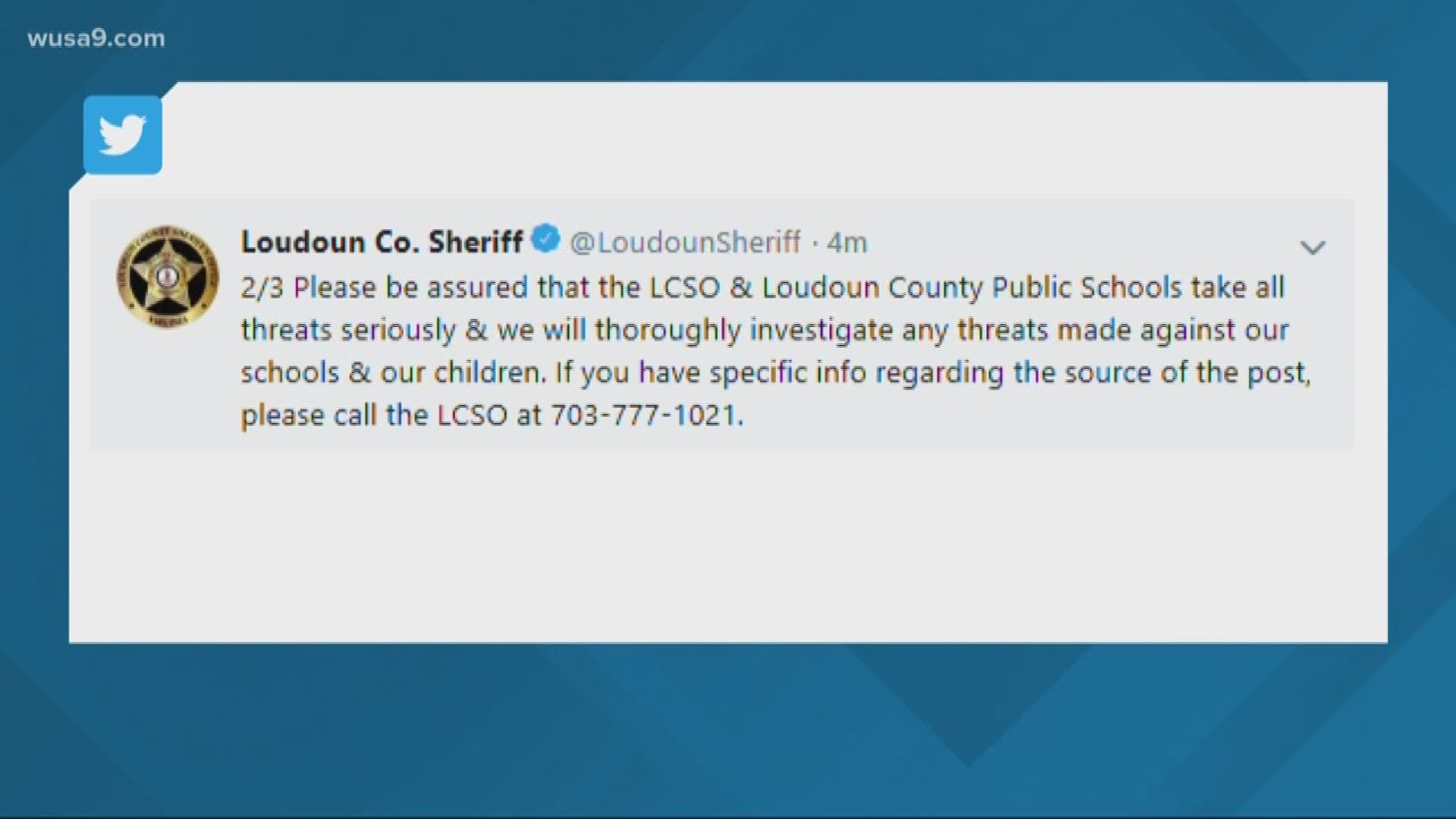 LEESBURG, Va. — Authorities in Loudoun County believe the threat made on social media toward the local system are not credible, they announced Wednesday morning by letter.

A Snapchat screen screenshot with rumored threats towards schools in Loudoun County was being shared around the community on Tuesday.

According to the Sheriff’s Office, “The LCSO has found no evidence that lends credibility to any threats, but the screenshot is possibly related to a rumored threat at Broad Run High School earlier this week. That threat was determined to be non-credible.

“As the investigation continues and out of an abundance of caution, parents can expect extra patrols from LCSO during school hours on September 11 due to the social media post.”

“Please be assured that the LCSO and Loudoun County Public Schools take all threats seriously and we will thoroughly investigate any threats made against our schools and our children.”

In April, the Loudoun County NAACP alerted WUSA9 about a Snapchat post which appeared to threaten racist violence at Tuscarora High School just outside of Leesburg.

A statement from LCPS, at the time, said the threat lacked credibility:

"The Leesburg Police Department and Loudoun County Public Schools do not have any evidence that the statement in the social media post is a credible threat."

WUSA9 will continue to follow this story as it develops.