Anne Arundel County Police say a young child was hurt and taken to the hospital for treatment. 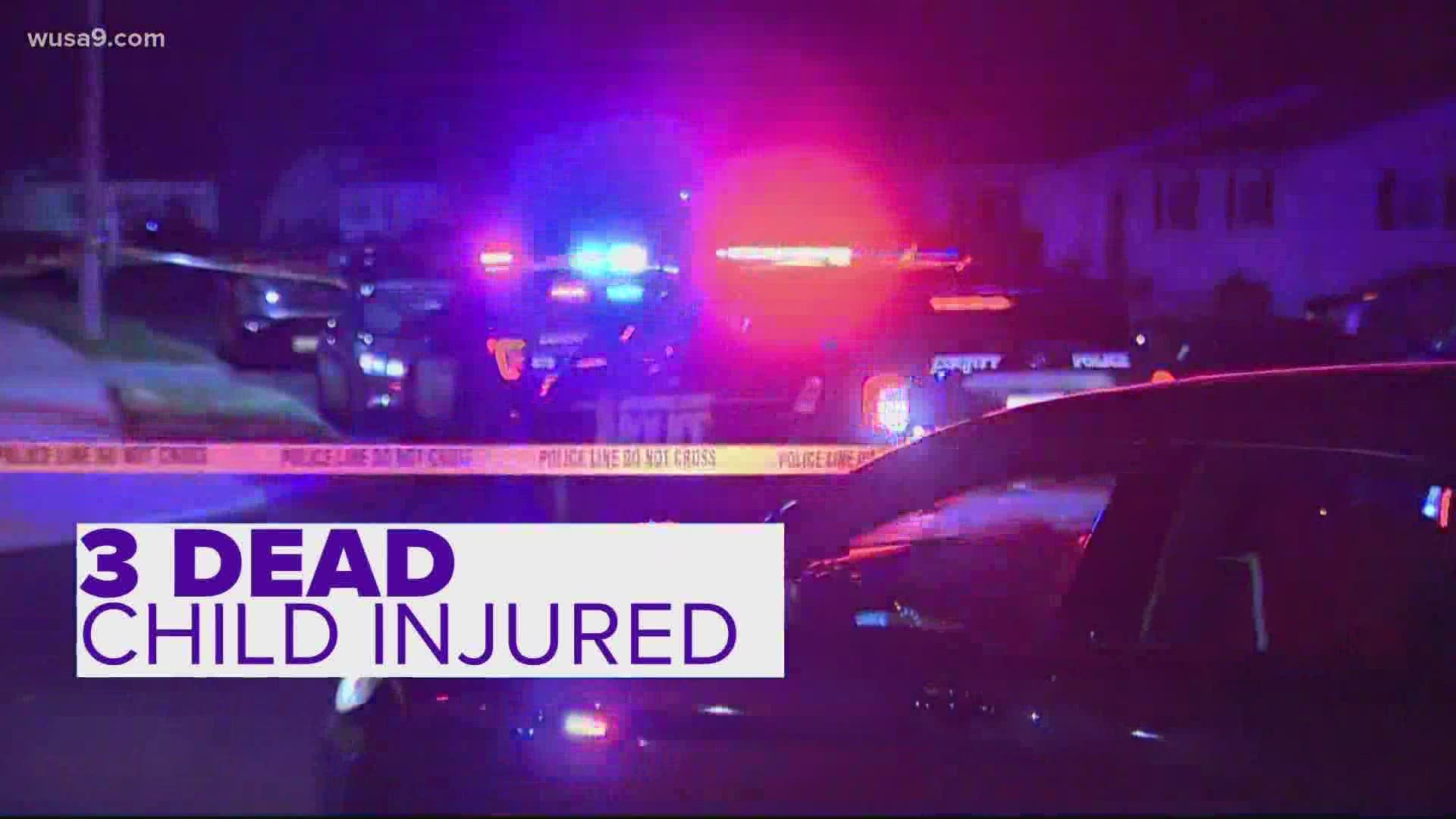 ANNE ARUNDEL COUNTY, Md. — Three people are dead and a child is hurt after what is believed to be a domestic-related shooting in Laurel Monday night.

The Anne Arundel County Police Department said the shooting happened in the 200 block of Federalsburg South in Laurel just before 9:30 p.m.

When officers arrived on the scene, they found four people wounded in a shooting. Ryan Scott Lee Sr., 31, was found dead on a sidewalk outside of a nearby home. His wife, Ivania Margarita Lee, 31, was also found dead inside the home.

Anne Arundel County Police tell WUSA9 that the suspect, 50-year-old Shawn Maurice Price of Welcome, Maryland, was also found dead inside the home. Another witness, who was located inside the home, was able to flee with another young child who was not injured.

Police said a young child was hurt and taken to the hospital for treatment.

Anne Arundel Police Chief Amal Awad said in the news conference that the child was "fighting for their life." Chief Awad called the situation devastating and asked that the community rally around the family of the victims in this case. "This is devastating," she said.

Through an internal investigation conducted by Anne Arundel County Police, officers learned Price was dating a woman who reportedly lives in the Laurel home. Price allegedly tried to reconcile the relationship with his ex-girlfriend, but she refused contact, police said in a release to WUSA9.

Price showed up at the home and parked away from the residence, police said, before entering the home and calling his ex-girlfriend. Price then shot the Lees and critically injured the young child -- later taking his own life, police said.

Neighbors identified Price's ex as the grandmother of the children living in the home.

Ivania Lee's sister said that she did not know Price.

A handgun was found near Price, as his injuries were consistent with a self-inflicted gunshot wound. The Office of the Chief Medical Examiner is conducting autopsies to determine the exact manner and cause of death of those involved in the incident.

The records also said a protective order had been granted ordering Price to stay away from his former girlfriend until at least December of 2021. Price had also been charged and summoned to court for allegedly making a threat of mass violence in July 2020, according to Maryland online court records.