No other injuries have been reported, but 16 residents are currently displaced. 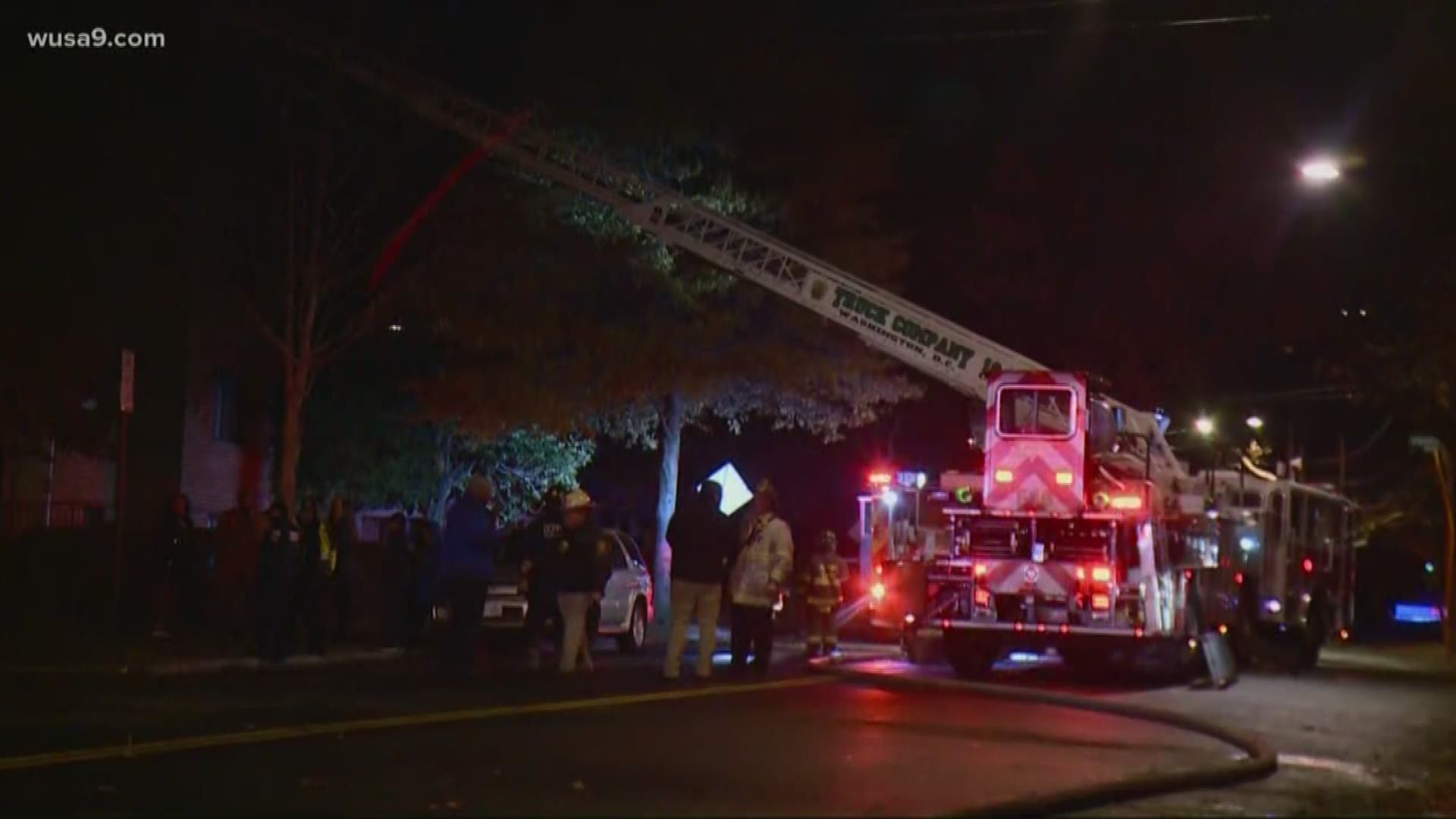 WASHINGTON — An apartment fire in Southwest on Monday night left two children injured. D.C. Fire and Emergency Medical Services arrived at the scene to find fire showing in the stairwell from a four-story building in the 4400 block of King Ave Southwest.

Fire officials said the fire started in an apartment on the second floor. Two young children in the apartment above the fire were injured after their grandmother threw one of them out of the third-story window before firefighters arrived, while the other child fell out the window trying to reach for a ladder with the grandmother. The grandmother was later rescued by a ladder and has non-life threatening injuries.

One child was caught by a citizen, while the other child hit his head on a satellite dish. Both children have serious injuries but are in stable condition. As of Tuesday morning, officials said the children remain hospitalized and are expected to be 'OK.'

No other injuries have been reported, but 16 residents are currently displaced. The cause of the fire is under investigation.

An apartment fire in Montgomery on Friday left 10 people injured, including four children and a man who jumped from a second-story window to escape. In total, 45 people were displaced following the Cider Mills apartment fire.

Officials say collapsible ladders can prevent injuries occurring from jumping from a high window as a last resort.

"Make sure that you practice ahead of time so in an emergency you know what to do," Pete Piringer, spokesperson for Montgomery County Fire said.

A house fire in Northeast on Saturday displaced two residents, and killed a pet. Fire officials said the occupants recently removed a smoke detector from the wall after it was activated by smoke as a result of cooking.