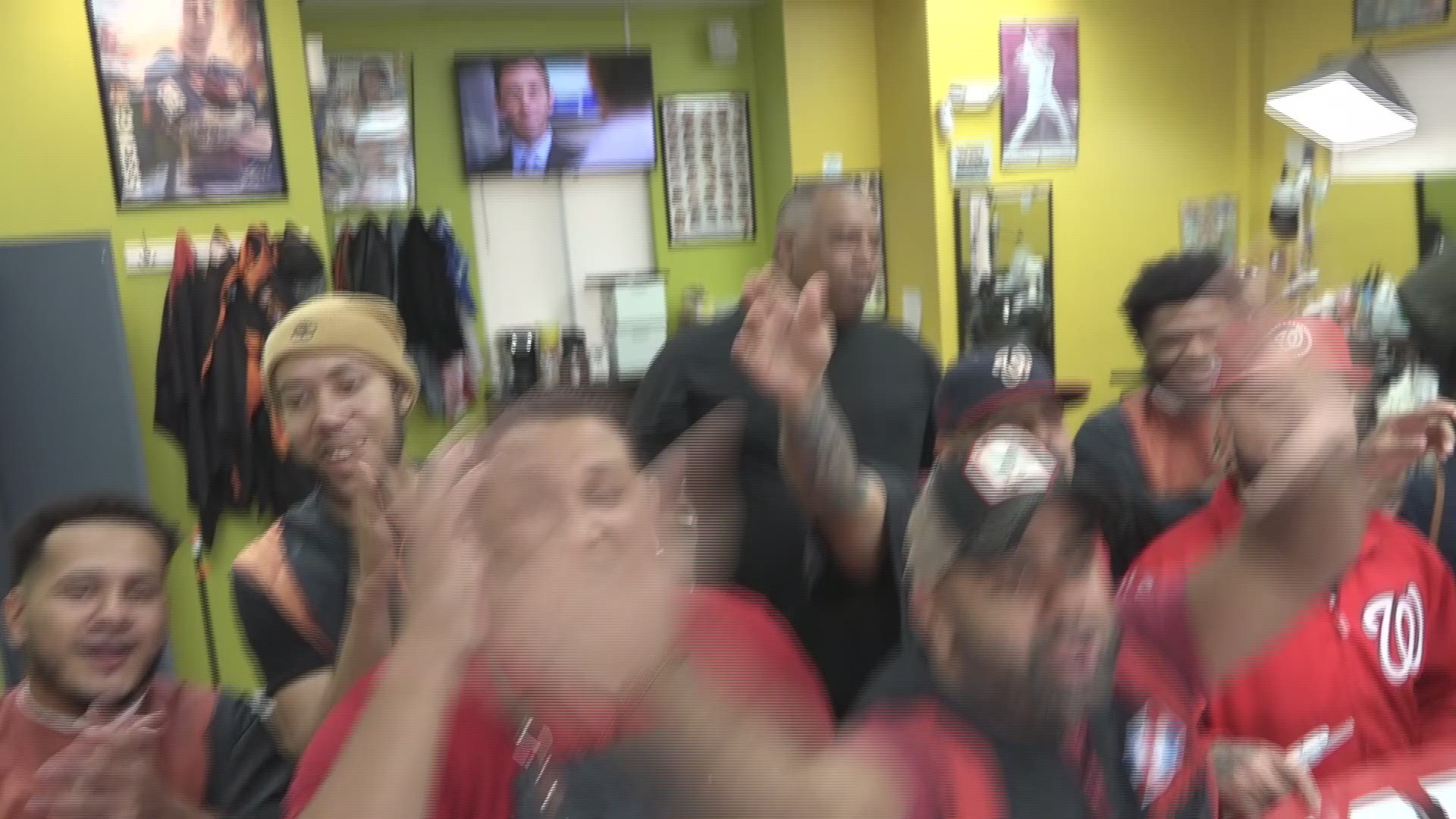 WASHINGTON — Juan Soto, a 6-foot-1, 185-pound outfielder from the Dominican Republic, signed with the Washington Nationals as a 16-year-old in 2015 as an international free agent.

He's a regular starter in the heart of the Nationals lineup, has made it to the World Series, and he still hasn't turned 21.

In 2015, Soto signed with the Nats as an international prospect for $1.5 million -- which at the time was the highest salary Washington had ever given to a player at that level.

He then played his way through the minor leagues in less than two years.

Soto came up to the majors at 19 -- the youngest player in the majors at the time -- and hit a home run on the first pitch of the first at-bat of his first career start, Baseball-Reference said.

This marked a meteoric rise to the majors that included three promotions in just one season.

Now, four years after he signed with the Nationals, he's about to turn 21-years-old and will play with them in the World Series against the Houston Astros.

Soto is the fourth teenager in MLB history to have a multi-homer game at Yankee stadium, and the first since Atlanta's Andruw Jones did it in the 1996 World Series.

He's the only player in MLB history to have 10 three-walk games before even turning 21. And he's only one of three players with two 20-homer seasons before his 21st birthday -- the others include Tony Conigliaro (1964-65) and former Nationals outfielder Bryce Harper (2012-13), according to Baseball-Reference.

But Soto doesn't let his age stop the party. While the rest of the team celebrated the National League pennant with champagne, Soto celebrated with sparking white grape juice.

Soto will celebrate his 21st birthday on Oct. 25 during Game 3 of the World Series. And if the Nationals win it all, he'll be able to celebrate with the team -- but without the grape juice.

For the full World Series schedule, read below: