VERIFY: Organization claiming to support police makes calls for donations. But is it a legitimate charity?

Viewer Pam Jensen asked us to verify an organization that called her asking for money. 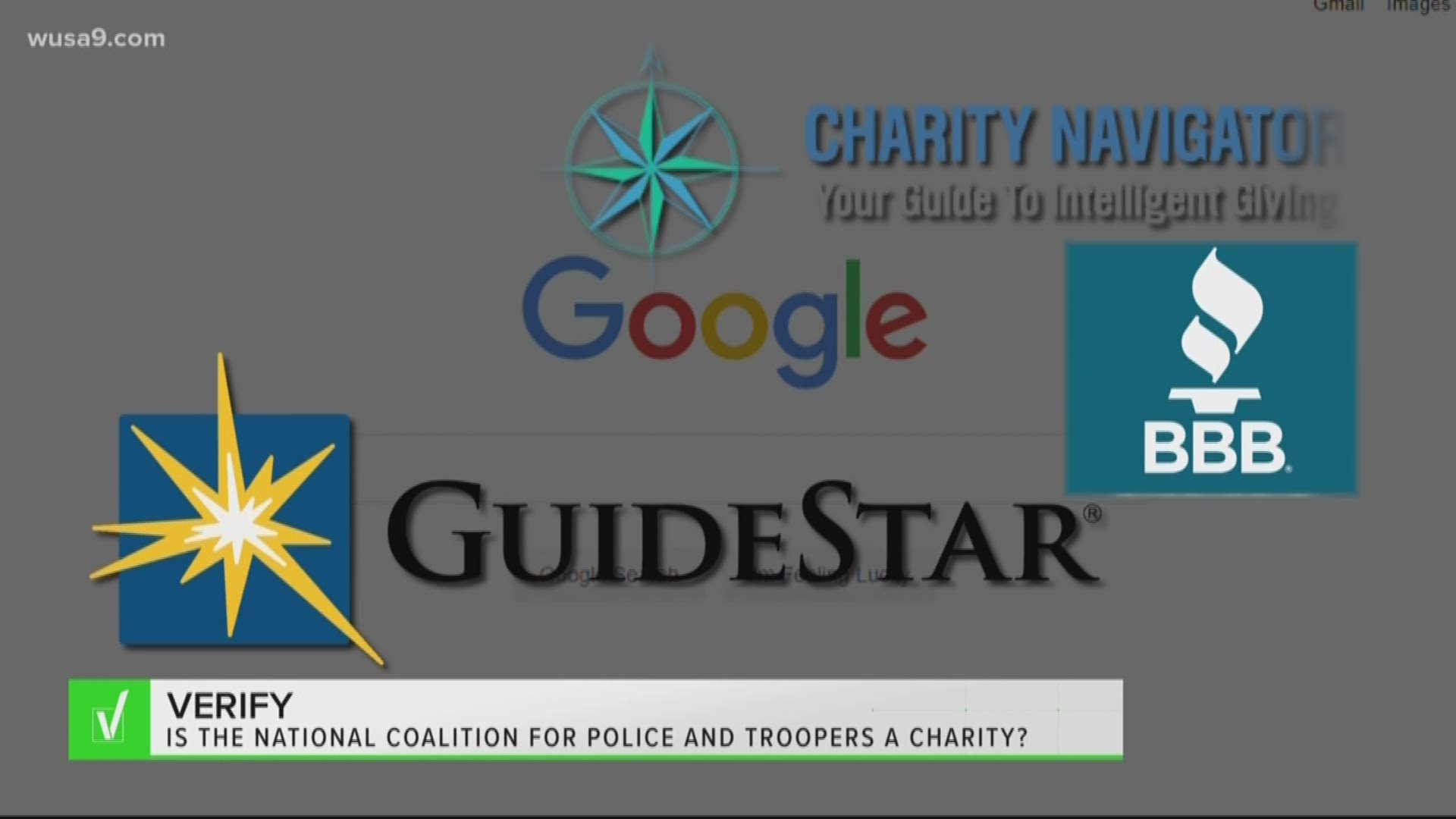 Is the National Coalition for Police and Troopers a charity?

No, they're affiliated with a Political Action Committee called 'Law Enforcement for a Safer America PAC'

Viewer Pam Jensen reached out to the Verify team after receiving a call from an organization claiming to support police officers and state troopers.

"I get phone calls from the National Coalition of Police Troopers asking for a donation," Jensen said. "I'm wondering if they're a legitimate organization."

A quick search reveals the actual name of the group is "National Coalition for Police and Troopers."

RELATED: VERIFY: No, there's not a new 'killer bug' going around spreading a deadly virus

Every database came up with zero matching results.

A closer look at the website revealed that the National Coalition for Police and Troopers page is paid for by the "Law Enforcement for a Safer America PAC."

Our researchers also called the number associated with the site, and landed in the PACs voice mailbox. Since all political action committees must register with the Federal Election Commission, we checked.

The most recent filing shows that between January through the end of June, the PAC brought in $3.4 million from individual contributions. However, the PAC only paid out $30,000 -- just one percent -- to a political candidate or committee.

Jensen sent the Verify team a pamphlet she received in the mail from the group.

"Contributions to the National Coalition for Police and Troopers a special program of Law Enforcement for Safer America PAC (a political committee), are not deductible as charitable contributions for federal income tax purposes," the mailer reads.

So we can Verify, National Coalition for Police and Troopers is a site owned by a PAC, isn't a charitable organization.

For the record, on their website, it never calls itself a charity or non-profit.