Intramural sports are back in the DMV. Here's how you can join a team

"The energy you get from being around people has been immensely life-changing,” Yvesner Zamar says. 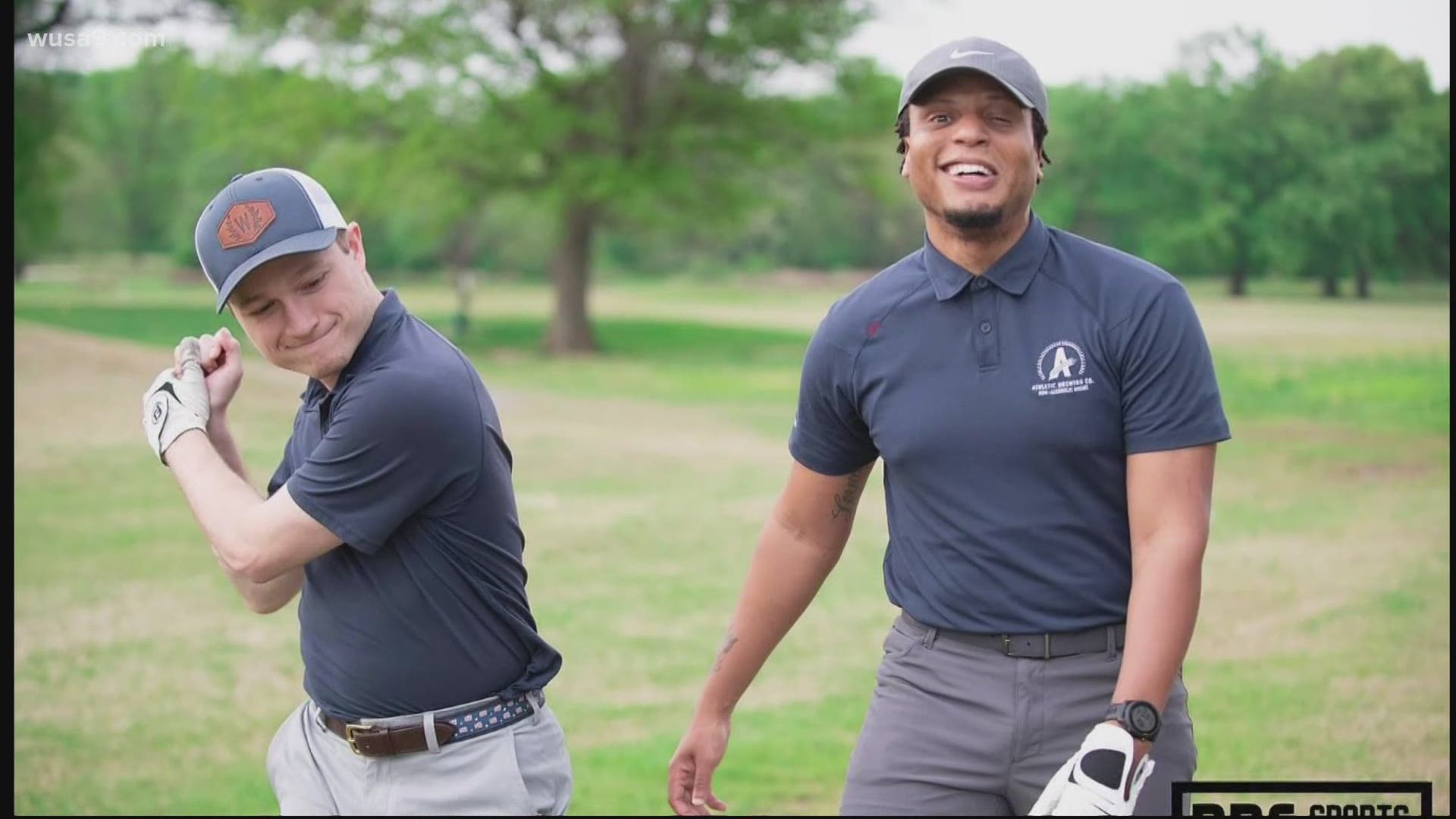 WASHINGTON — Now that everything is back open, some of our favorite things which went away during the pandemic are finally coming back -- like intramural sports. If you like to swing golf clubs or tackle your friends on the turf, PBF Sports is for you.

Yvesner Zamar is the co-owner of Project Black Flag. He said with things getting back to normal, it’s exhilarating to be getting more active.

“It's been kind of like a lot of anxiety opening back up and making sure that the measures and precautions that were taken weren't for naught, but just being out there and seeing everyone and the energy you get from being around people has been immensely life-changing,” Zamar said.

The group was founded in 2016. Since then, they’ve added more sports to choose from.

“We started off with flag football, then we forayed out into kickball, which we do with a cup-in-hand kickball, which is where you have to have either a beer or a cup of water in your hand. So, you play the whole time, with one hand so that really keeps the social aspect of it,” Zamar added.

As more COVID-19 restrictions are lifted, the #DMV is starting to see the return of intramural sports. We've got the deets on how to get active on #GetUpDC .@pbfsports pic.twitter.com/au39on27XB

Right now, they’re in the thick of the golf playoffs.

“We just started golf this season. During COVID, a lot of people have picked up the golf clubs. So, we've been doing golf clinics for young professionals and people that want to get into the game, and we also have a golf league that ranges from beginner, intermediate to advanced,” Zamar said.

Bars and pubs are where they typically meet to get acquainted before the games and to form teams.

“We do things to make sure free agents don't feel ostracized. We have free open play for all our leagues before the season starts up so if you register as free agents, we send you emails, we have socials before the season kicks off, so you have an opportunity to meet people, so you're not just showing up to a field like, ‘Hey, what am I on? Can I play?’ and trying to prove yourself there that you get to build that camaraderie,” Zamar added.

With the DMV being such a transient region, it’s an opportunity for a newbie or a native to build new and lasting friendships.

“We want to give our players a premium, and a nice experience. And I think that's the main thing about being inclusive is bringing everybody into a full and letting people understand your space,” Zamar said.

PBF Sports is accepting new team members, and there are tons of other leagues to join in the area as well like, DC Fray, Volo City DC, and FXA Adults sports in Northern Virginia.