'In God We Trust' law targeted by billboard

“People believe in many different gods or no gods at all.” 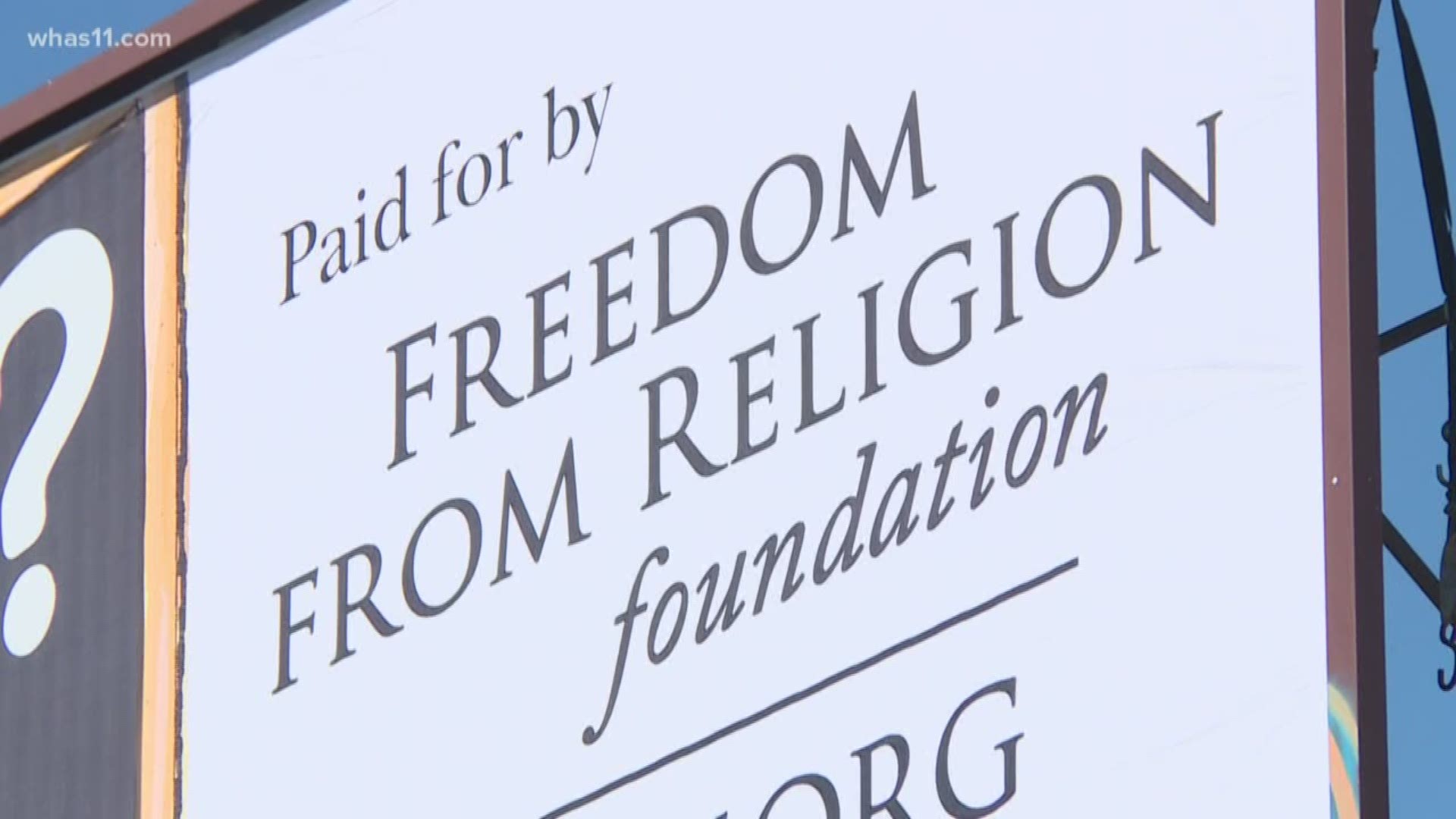 LOUISVILLE, Ky. — A state law put into place over the summer requires Kentucky schools to display the motto “In God We Trust” in their buildings.

The Freedom from Religion Foundation, a national organization, is getting vocal about their disapproval.

“People believe in many different gods or no gods at all,” Co-president Annie Laurie Gaylor said. “It’s not appropriate for the government to dictate religion to a captive audience of public school children.”

Created by a Pulitzer Prize-winning cartoonist, the billboard shows a teacher telling her students there are many different gods humans have worshiped over time.

Gaylor claims 24% of the population are not religious in today’s day and age.

“To be accurate, it would have to say, ‘God some of us trust’ and that would be a very silly motto,” she said.

He referenced the parents of a child killed in last year’s Marshall County High School shooting.

He says, “In God We Trust was a powerful source of inspiration for their son to see in his school. While I don’t understand why certain groups continue to attack our national motto and treat it with such scorn, no billboard campaign is going to take away Kentuckians joy for our national motto.”

The foundation is also trying to involve students from kindergarten to 12th grade.

“What’s different about the Kentucky law is that it says that they can use student artwork to comply with the requirements In God We Trust be posted in every school,” Gaylor said.

They are asking students who disagree with the law to also submit artwork protesting the motto.