Preston's Legacy: The backstory to Kentucky’s 'In God We Trust' law

The state’s law requiring the national motto be posted in schools has a connection to a teen killed in a school shooting nearly two years ago. 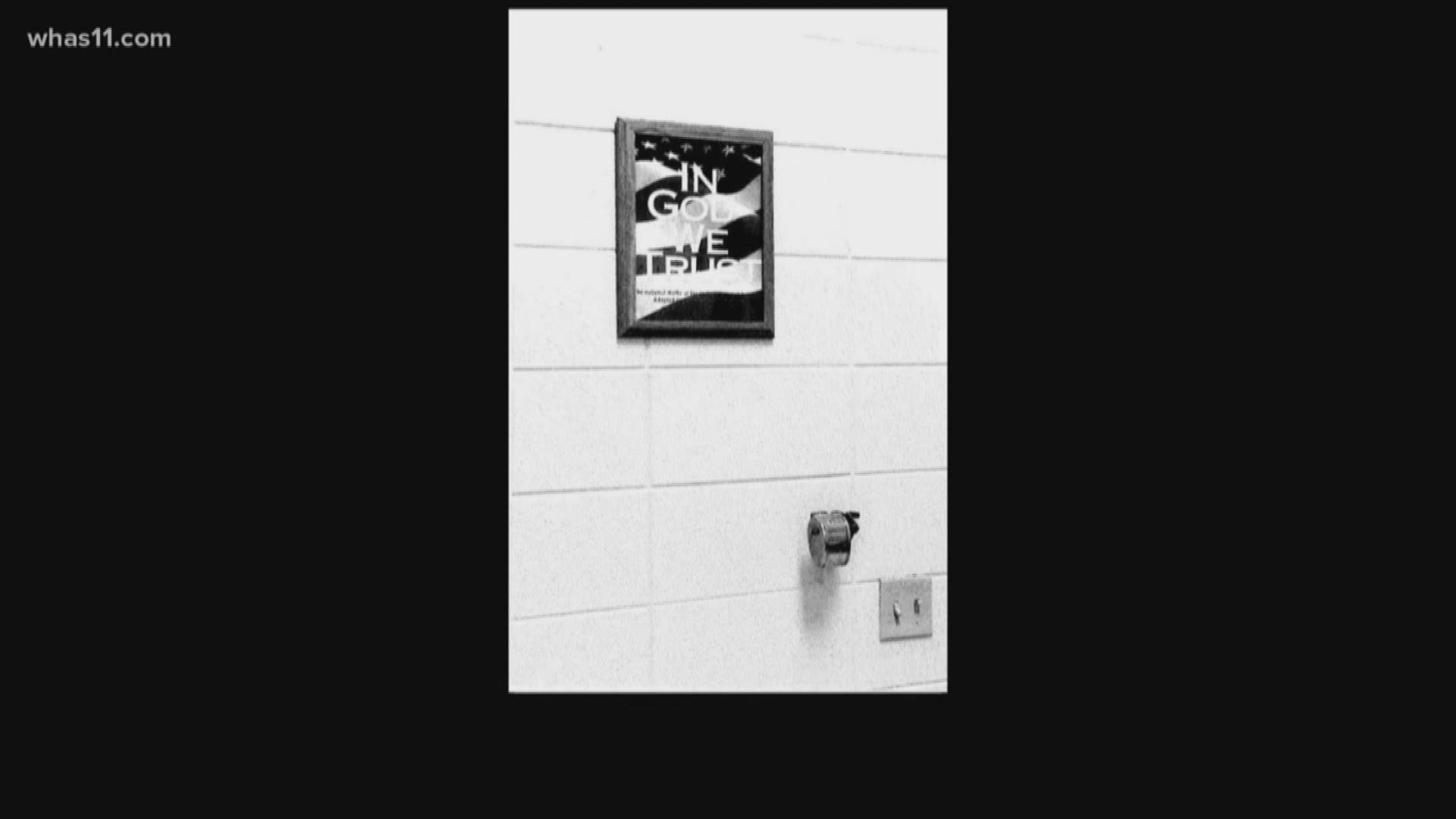 MARSHALL COUNTY, Ky. — You may have heard about Kentucky's "In God We Trust" Bill that passed this year, but probably don't know that it’s part of the legacy of a teen killed in the Marshall County school shooting.

A cool autumn rain washed away Marshall County's fall colors. This community's tears have only begun to cleanse minds of memories from an awful day 22 months ago, the moment gunfire echoed through the high school halls.

Preston Cope's family should be preparing for graduation, instead they're bracing for the trial of a classmate accused of killing the teen.

The physical wounds have healed at Marshall County High School, those impacted are still dealing with the emotional and psychological scars. But as one family grieved, an art teacher offered an unexpected source of hope and joy. It was a message that would resonate far beyond Marshall County.

“It was a blessing, it was the best gift ever", Teresa Cope, Preston's mom, said.

That gift was given to them on one of the hardest days of their lives.

Memories played out like home movies on the day of Preston's funeral. And as the whirlwind of well-wishers settled, the Cope family spotted a photo frame on their living room floor mixed in with a heap of flowers and cards.

RELATED: 'In God We Trust' law targeted by billboard

RELATED: Schools use $1 bills to comply with law requiring display of 'In God We Trust'

“We weren't for sure what it was but when I seen “In God We Trust”, I thought that's profound”, explained Brian Cope, Preston’s dad.

With no note attached, a curious Brian Cope gently opened the back to find a neatly folded letter. The couple opened the note and began to read. It was written by Preston’s art teacher and explained that the picture was taken by their son for a photography project.

Credit: WHAS-TV
The photo of the "In God We Trust" photo Preston Cope snapped in his classroom for a project. His art teacher sent this to his parents in a handwritten letter days after he was tragically killed in a school shooting.

As the words flowed, so did emotions. The art teacher was seeing Preston's last picture through new perspective.

He snapped the nation's motto, on a classroom wall, with this cell phone. The assignment was to take a picture of something real to him.

“That's what was in his heart”, said a tearful Teresa Cope, “because it reassured me where he was at a time I needed to know that.”

“He trusted in God, he had faith in God, is what he had”, Jacob Roberts told us. He was with his friend, Preston, when the teen took the picture.

Jacob went back to the classroom with WHAS11 News and Brian Cope who had never been inside the art room.

"It's hard to be in this school”, admitted an apprehensive Brian Cope, “but I just have to see, I just feel like he would want me to.”

As Mr. Cope made his way through the gray cinderblock hallway, and through the classroom door, tears began to flow.

Credit: WHAS-TV
Brian Cope, father of Preston Cope, and Preston's friend Jacob Roberts are overcome with emotion after returning to the classroom where Preston took a class project photo weeks before a tragic school shooting claimed his life.

RELATED: Kentucky schools working on 'In God We Trust' displays

His photo would become part of a movement at the State Capitol.

Credit: WHAS-TV
Preston Cope's family stands behind Governor Matt Bevin as he signs the "In God We Trust" Bill into law.

A bill requiring the nation's motto, "In God We Trust", be placed in schools had passed in other states but failed in Kentucky. The Copes, art teacher and Representative Brandon Reed shared copies of Preston's photograph and story. It proved enough to inspire a legislative victory. Passage also brought with it the long-lived debate of church and state separation.

I asked Jacob whether he thought his friend had any idea that the photograph would become so important to so many.

“No, sir”, the polite young man answered. “He was just taking a picture of what was real to him.”

Mr. Cope told Jacob that he appreciated him sharing the story of how his son took the picture. He had not asked too many questions of his son’s young friends. But knowing and coming back to the place where his son stood, if only for one frame, was an exercise in healing for Brian. It's a process he doubts he'll ever fully master. But staring at that place, the site of that picture, and knowing that it is has become part of Preston's legacy, brings some comfort to his broken heart.